I attended part of the 2011 Crow Fair in Crow Agency, Montana. I'd like to go again sometime and take in more of it. It was an interesting juxtaposition of tradition and modern day life. Here's an example of what I mean: 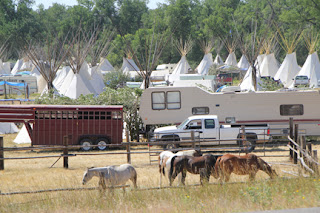 I was also amazed at the horse handling skills of not only the Crow adults, but their kids. Even the youngest seemed so at ease on horses. Here's a picture of a great way to advertise a horse for sale: 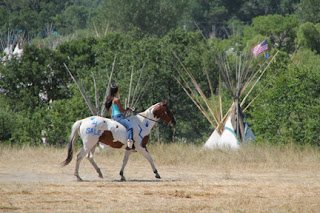 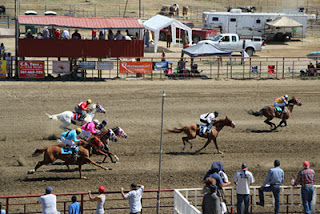 The weather was hot and dry while we were there. Makes sense since it's held in August. I'd really like to go again and take in some of the things I missed. One thing to remember, though, if you decide to go, is that the Crow people don't put this on just for the entertainment of pasty-skinned folks like me. They put this on to celebrate their heritage and culture, old and new. Yes, us white folk are welcome, but it's their celebration.

(Melissa took the photos, by the way.)