At an antique store in Dorset, MN, I saw this worn, wooden object hanging from a wall. I looked at the tag on it and discovered it was a human yoke. I'd never heard of such a thing. My imagination churned. Was this some sort of torture device? An item of enslavement? A weird sexual fetishistic device?

I googled it, and found out it was nothing quite as salacious. It was instead one of those contraptions that helped people carry buckets of water. You know - the kind of things Jack and Jill probably used for fetching their pails of water.

But the idea of a human yoke used in a much more sinister fashion will probably end up in a story of mine at some point. Because how could it not? 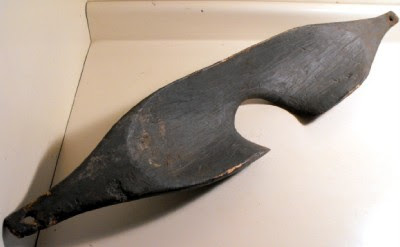