Michael Merriam is a hell of a good guy. I often see him at local conventions, and he's always up for a nice chat. Plus, he's one of the writingest writers I know. In other words, the man writes! I have always admired his persistence, and his willingness to take on projects for the MinnSpec group of writers (such as editing the two anthologies they've put out so far.) Anyway, here are Michael's answers to my five questions! 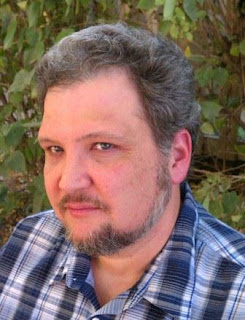 I had two new books come out this year in rapid succession.

Whispers in Space is a collection of space opera short stories and
poems from slightly earlier in my career, all set in an interconnected
universe. While I consider the stories space opera and there are
large, galaxy spanning military and political machination going on, I
tend to favor writing stories focused on characters that have to live
in this universe. 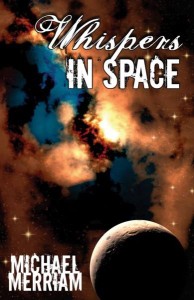 Old Blood's Fate is an urban fantasy following travel author Jack
Clausen as he unravels the mystery surrounding his birth and becomes
entangled in a plot orchestrated by a faction of Native American
animal spirits to will remake reality and erase humans from the world. 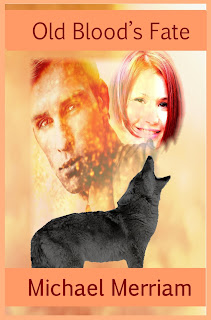 This is always a tough question, but I'd say Roger Zelazney is my
favorite author, though I'm heavily influenced by and love reading
Emma Bull, Raymond Carver, Angela Carter, Neil Gaiman, Sherwood
Anderson, and Charles de Lint. As for a favorite book, I just can't
answer that one. There are too many I love.

That moment where everything clicks and the story, plot, characters,
themes, tone, and voice all finally come together and I find the story
almost writing itself.

I'm always boggled when complete strangers recognize me. I mean, it's
not like I'm an actor or some other public figure whose face you see
all the time, right? The first time it happened to me was at a
roadside stop in Wisconsin, where a person I had never met came up and
asked if I was Michael Merriam. The next time it happened was at a
coffee shop in Minneapolis, where the person said they'd seen me at a
local convention. I've had strangers come up to me a handful of times
in the last ten years as a writer, and it always startles me.

Early on the most helpful advice I received was "Butt in Chair," which
was basically to sit down and write a little every day.  One of the
best pieces of advice I received in the last couple of years was to
remember that you have no real control over anything except the
writing. All the other stuff--sales, agents, contracts, awards--those
come from the one thing you control, which is the writing.