My short story, The Toyol, which originally appeared in Black Static, is now available in ebook format. It's currently only available through Amazon, but will expand to other platforms in a couple of months. Meanwhile, you can get it here.

It's one of my darker stories, and is based on a creature of Malaysian folk lore. 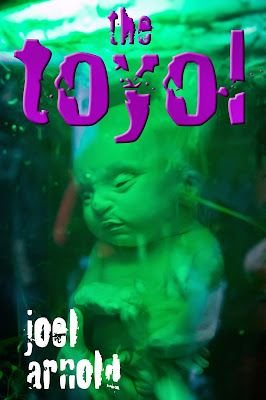 Sometimes your only hope is to embrace the darkness.

"It’s pretty much a guarantee that every issue of Black Static is going to house at least one powerhouse story, and this one is no different with the inclusion of Joel Arnold’s ‘The Toyol’." - Dread Central

After cyclone Nargis destroys Zeya’s home and family in Myanmar, she accepts an offer to work housekeeping in a hotel in Kuala Lampur. After arriving, she realizes she’s been tricked, and has instead been sold to a sex trafficking ring. Bars caver her windows and cruel guards keep watch. But when she learns of a mystical creature known as a 'toyol' she wonders if it may be her ticket out of this hell on earth.

"This incredible Toyol vision is only for those readers both soft-hearted and hard-hearted enough to be able safely to absorb the intense pain as well as appreciate the deep wide-spread poignancy of such a storm-visit of a vision. This is a helluva work." - D.F. Lewis

"It is a skin-crawling little story, well written and managing to use the alien elements to emphasize the desperation." - A Mad Man with a Blog

Originally appearing in Black Static magazine, this short story contains graphic violence and is not for the faint of heart.

It was a hard story to write, but one I'm rather proud of. Give it a read, and if you're so inclined, consider leaving a review!