Part 11 - the North Rim of the Grand Canyon 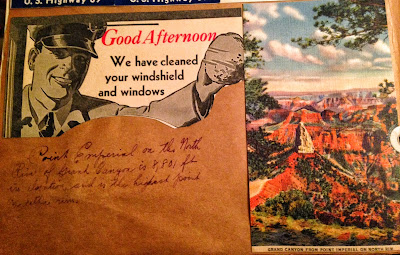 Below we have a glossy black and white photo titled 'Bright Angel - North Rim - Grand Canyon', and handwritten to the left of it is "Fredonia, Arizona." There's a list of activities 'offered to visitors without charge' and a cutout of an elderly couple, underneath which says, 'The Toscaninis view the Grand Canyon.'

The Toscaninis appear to be the famous conductor Arturo Toscanini and his wife Carla. I wonder if they were at the Grand Canyon at the same time as the Johnsons. Perhaps that would explain their inclusion in the scrapbook.

Below the activity list is another motor vehicle pass, this one dated June 24, 1937. Not much of international significance happened on that date, other than the release of the Looney Tunes' Porky's Badtime Story. 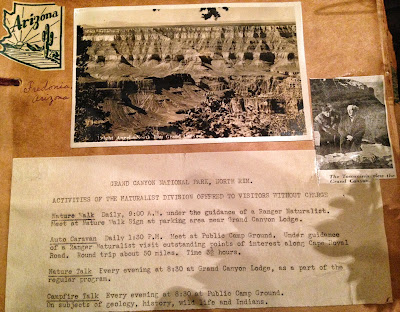 The page below has a few items about the Grand Canyon ('It's a living, changing, flushing rainbow cut straight down into the earth.') 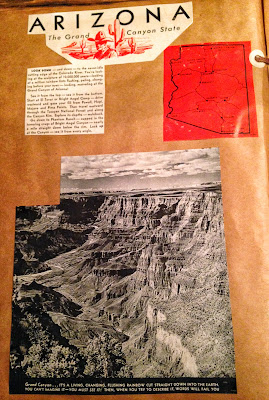 And last, but not least, a clipping of a Ripley's Believe It or Not cartoon. It says, "Post Haste! The North Rim of the Grand Canyon of the Colorado is only 10 miles across from the South Rim - yet a letter addressed from one side to the other requires 1044 miles of travel and must pass thru 4 states! Arizona, California, Nevada, Utah." 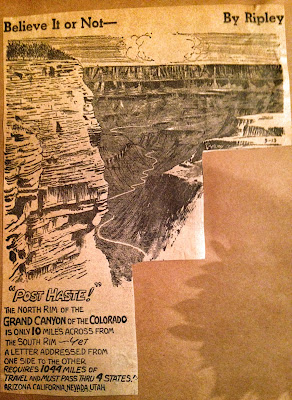 Next up - Zion National Park!