What makes interesting characters in fiction? What makes you fall in love with a character so much that you're bummed when the novel ends - it feels like you're losing a good friend or a delightfully memorable adversary? Is it their quirks? Is it the qualities we find recognizable in ourselves? Is it the way they face obstacles? 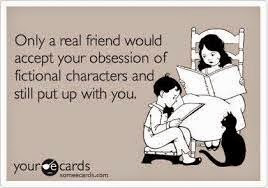 When I first started taking writing seriously, plot was king for me. I didn't put much thought into characterization, other than maybe adding a certain tic here or there as an afterthought. As I've learned more and read more and talked to more people, I've learned - a bit slowly, perhaps - how important character is. I've tried putting my finger on what makes good, memorable, and interesting characters. 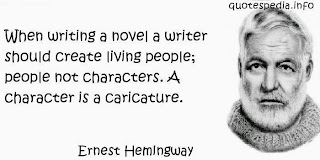 In real life, I've found that those folks who seem to be the most interesting - or those that I feel would make interesting characters in a novel or story - are those who've figured out their own truth. They already know who they are.

But most novels are basically about someone on the cusp of change - it's the whole caterpillar turning into a butterfly process. The caterpillar is the naivete, the cocoon is that struggle toward truth against outside forces, and the butterfly is the discovery of who one really is. This is encapsulated perfectly by Harry Potter, for example, or Frodo from Lord of the Rings. Their struggle shapes them and soon they, in turn, shape the struggle. 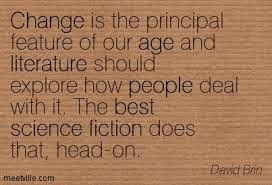 So the already established character - that person who already knows their truth, who is already comfortable in their own skin - would perhaps make a better secondary character, or sidekick, or antagonist.

In Silence of the Lambs, for example, Hannibal Lecter already knows who he is. He has mastered his truth and has come to grips with it by the time we meet him, while his nemesis Clarice Starling is in the process of discovering who she is. In the Harry Potter series, Dumbledore, Voldemort and Hagrid all know who they are; they've already become, while Harry, Hermione and Ron are in the process of becoming.

The process of the character discovering his/her truth - that is usually what we save for the protagonist, and perhaps a few other characters as well. 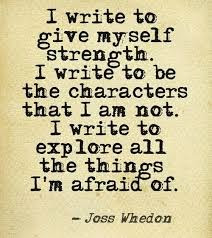 Of course, there can be back-story (if it's integral to the plot) where we find out how a character who is already established in their truth became that way. This can be quite interesting if handled well. It can be learned in little bits here and there as the story progresses, or in a flashback. Just remember to handle any flashbacks carefully so that they don't yank the reader out of your story's flow.

So, what about you? How do you handle characterization? What makes a memorable character for you? 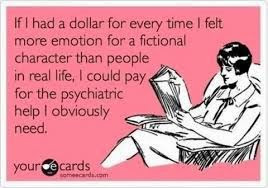