The next page in good ol' Joan's scrapbook is a bit of a mishmash. Devil's Tower, Mount Rushmore, Ol' Judge Robbins comic...but my favorite thing is the postcard packet, which contains 9 double-sided colorful postcards of the Black Hills, a sampling of which is below. 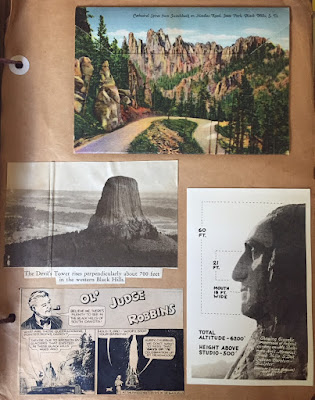 Here's Ol' Judge Robbins. "Believe me, there's plenty to see in the Black Hills of South Dakota," says the Judge." Chubbins (remember her?) asks, "What are those queer looking rocks, Daddy?" "They're due to erosion by glaciers that existed in the Black Hills ages ago," says Daddy. Chubbin's says, "Hold it, Dad - Woofy, stop your barking!" "Hurry Chubbins - we don't want to miss that Days of '76 celebration up at Deadwood."

Unfortunately, Chubbins didn't hurry, and was left behind to fend for herself. 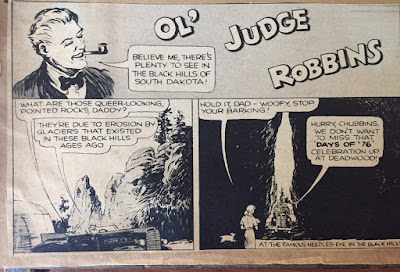 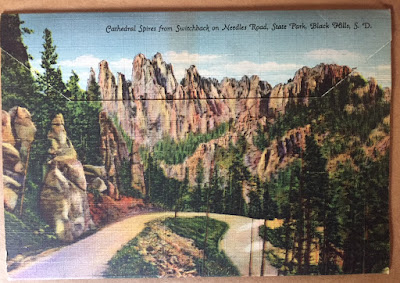 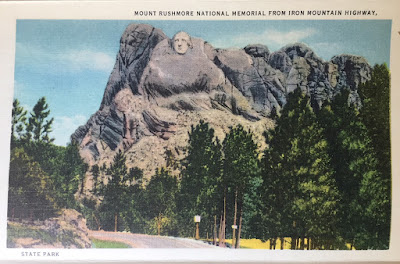 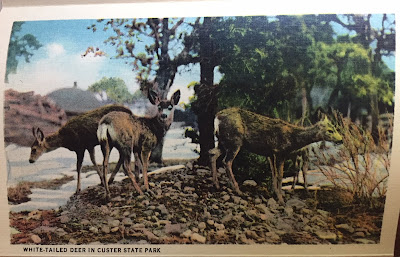 Rough Lock Falls, Little Spearfish Canyon. (I really like this one!) 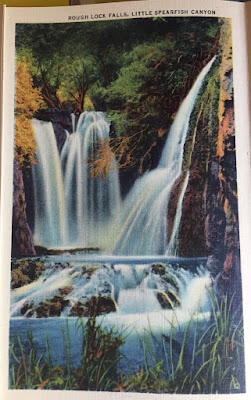 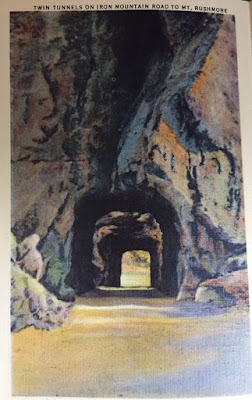 The next page we have a clipping of Dinosaur Park at Rapid City, another Ol' Judge Robbins' comic, and another piece of artwork from our favorite scrapbook artist, Joan Adelle. 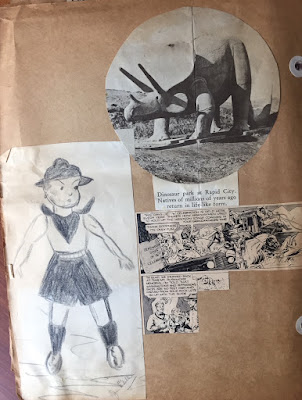 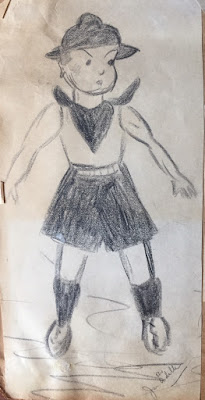 Oh, I guess Chubbins found her way back to her dad's car. "This Days' of '76 celebration is held here every year," says pops. "There's how highwaymen used to hold up the western stage coaches in your grandfather's time." "Thank goodness it's only fun," says Chubbins. Judge Robbins sez, "I'm glad we stopped back at this Mount Rushmore memorial. I'm told that Washington's and Jefferson's faces are 60 feet high and carved from solid rock. Let's go up with the guide."

The ol' Judge is also probably wishing the guide would stop leering at his daughter. 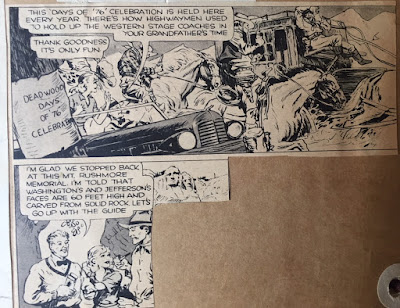 Ready for the last pages of the Johnson scrapbook? Then click here!