Persistence originally appeared in my collection
Fetal Position and Other Stories 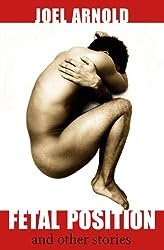 They keep calling. Every ten or twenty minutes, from 8 in the morning ‘til 9 at night. I know I should answer, but by now it’s the principle of the thing. Look, I know it’s a computer that dials the number, and a human only picks up when some schmuck like me answers the phone. I used to answer, tell them I’d make a payment the next day, or by the end of the week, but then they’d call again as soon as their computers indicated the payment never showed up.
I tried to hide it from Jessica as best I could. I didn’t want her to be bothered. I didn’t want her to worry. I admit, I didn’t do a very good job at that.
They always want the payment right away; they want to take your banking information right over the phone. And they’re damn insistent, but the problem is, we just don’t have the money to cover it. Or if we technically do have the money, it’s slated for other things; you know, unimportant things like food and shelter and gas so that Jessica can drive to work. Jessica has her own personal savings account, too, but it’s for the little things; a cup of coffee here, new eyeliner there. But she’s had that since high school, and even when her hands arecold and dead, God forbid, there ain’t no one who’s gonna pry it from them.
But here’s the thing. We’re trying. We’re trying to earn enough to pay them. Jessica’s got her job, and I’m working from home, but they don’t care about that; they keep calling, the phone ringing every ten, twenty minutes, and you can tell who it is by the caller ID, and you’d think we just wouldn’t bother, wouldn’t be such slaves to the phone, but what if it was actually someone important, you know? Like a neighbor, or someone with work to do. So we have to at least lookat the caller ID.
“It’s all about persistence,” Jessica tells me. “They just keep calling and calling knowing that at some point you’ll pay them just to get them off your back.”
“It’s not that we’re holding out on them to be spiteful,” I say. “We really don’t have the money they’re asking for.”
Jessica says, “They count on you to have a tipping point. They count on you to get so annoyed, so bat-shit crazy from the sound of the ringing phone that you’ll do anything to make it stop. They don’t care how you get the money. They just know that somehow, at some point, you’ll reach critical mass, and you’ll get them their money.” She nods. “It’s all about persistence.”
The phone rings. I look at the caller ID. Damn.
Persistence.
But Jessica says, “Give me the phone.”
I hand it over.
To them it’s just a job, and they sit at their little consoles, or switchboards, or computers or whatever the hell it is they sit by, and wait until a computer tells them one of us poor schmucks have picked up the phone, and then they swoop in like vultures.
Jessica winks at me. “Where are you from,” she asks the caller flirtatiously. “I know what company you’re from, but where? Where are you calling from?” She smiles, and asks, “What’s your name?”
She does this with every call now. We still haven’t paid. We still don’t have the money. But she answers every damn call after she gets home from work. And they still call.
Most of the time, they don’t answer Jessica’s questions. That’s not why they’re calling. But sometimes she gets names. Locations.
She’s persistent.
And with a name and a location…

Jessica has been away for five weeks now. I didn’t realize how much money she had stashed away in her personal savings account. She’s way more frugal than I realized.
So far the killings appear random. As far as I can tell, nobody’s figured out a pattern.
She sends me postcards. “Having a grand time in Michigan!” or “Getting my kicks on Route 66” or “Loving the food here in India.”


You’d think they wouldn’t be so forthcoming with names and locations. But like I said, it’s all about persistence, and if I had to find one flaw with Jessica, it’s her damn persistence.

I hope you enjoyed this story. Fetal Position is available in ebook format through:

Thanks for stopping by.