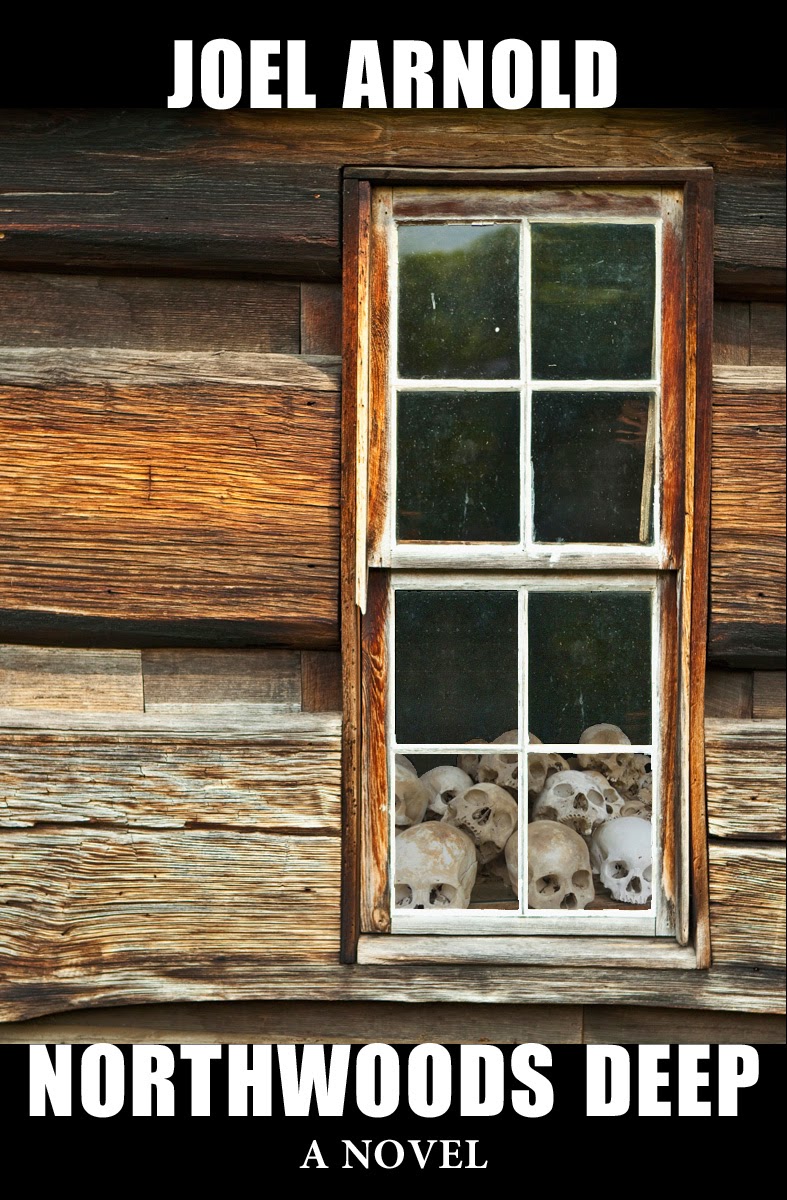 Deep in the north woods, two sisters become lost; one stalked by a murderous ex-husband, the other unable to rid herself of the leeches that appear mysteriously on her skin.
All are drawn to an old, dilapidated cabin.
Inside lives an old man with awful urges, accompanied by a Rottweiler possessed by something…unnatural.
But it’s what resides beneath the cabin that they should really be worried about.
Please join award-winning author Joel Arnold on a ride over the river and through the woods straight into terror in his newest novel, Northwoods Deep.

Northwoods Deep is available in trade paperback
Also available for the Nook, Kindle, Kobo ereader and other ereaders! 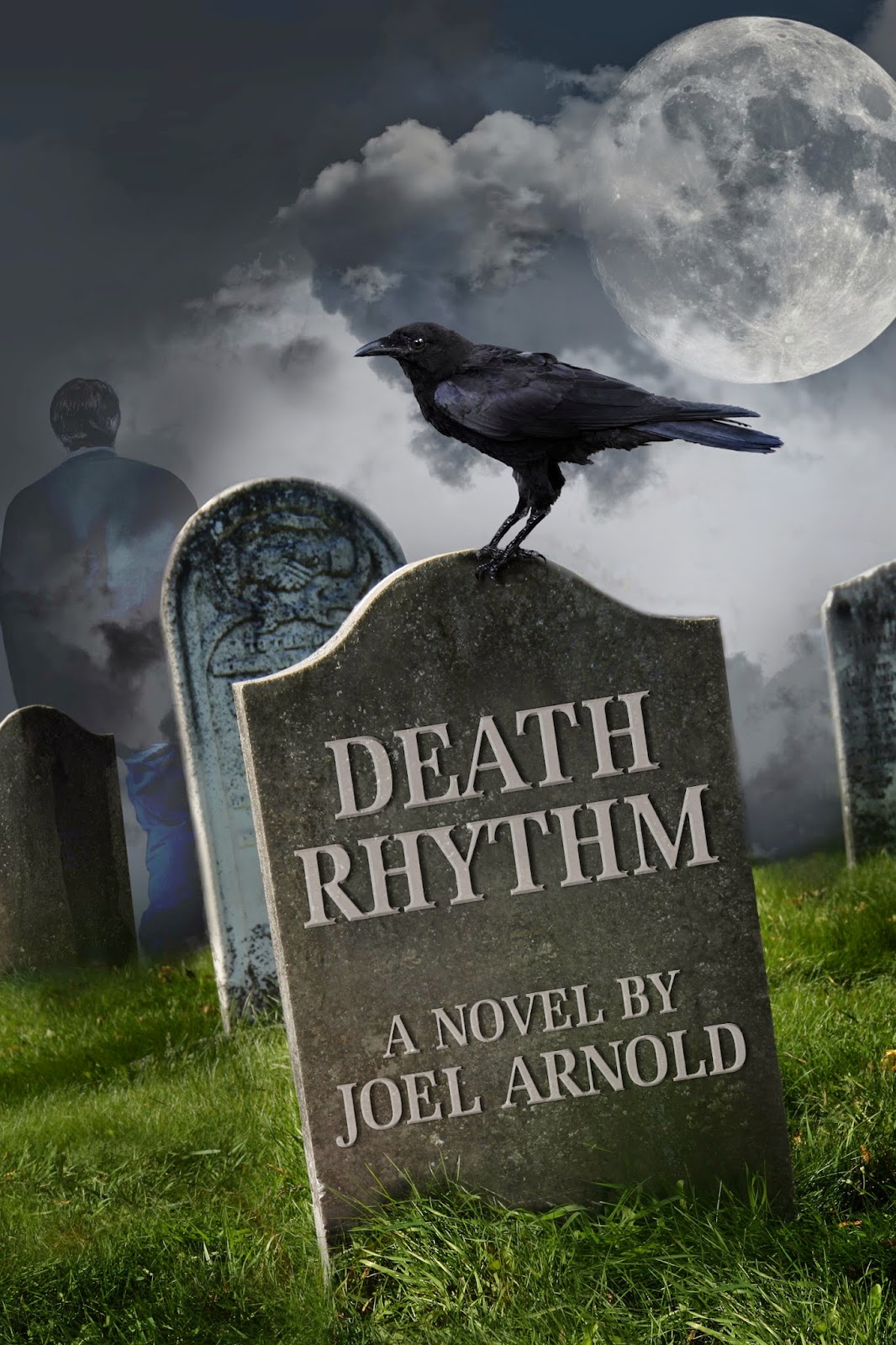 Andrew Byrd figured his mother had been over-protective; the way she stood in his doorway at night, watching him fall asleep, the way she'd call him her baby doll, even after he was much too old for that sort of thing. But after an accidental meeting with Mae Stone, an aunt he'd never known, he learns of his mother's sadistic past, and the awful things she'd done.

He learns of another aunt as well - one who played an old drum to drown out the screams coming from the basement, an aunt who didn't survive his mother's torments.

When he meets Mae's strange neighbors - the beautiful redhead Natalie and her father Hector - he realizes that his mother's horrible past has not entirely disappeared.

In fact, it has merely lain dormant, waiting for something - or someone - to bring it raging back to the present.

Sometimes madness is buried deep, buried in the psyche for many years waiting for just the right moment.

And now...how will they drown out the screams?

Death Rhythm is available for the Kindle, Nook, Kobo ereader and other ereaders. 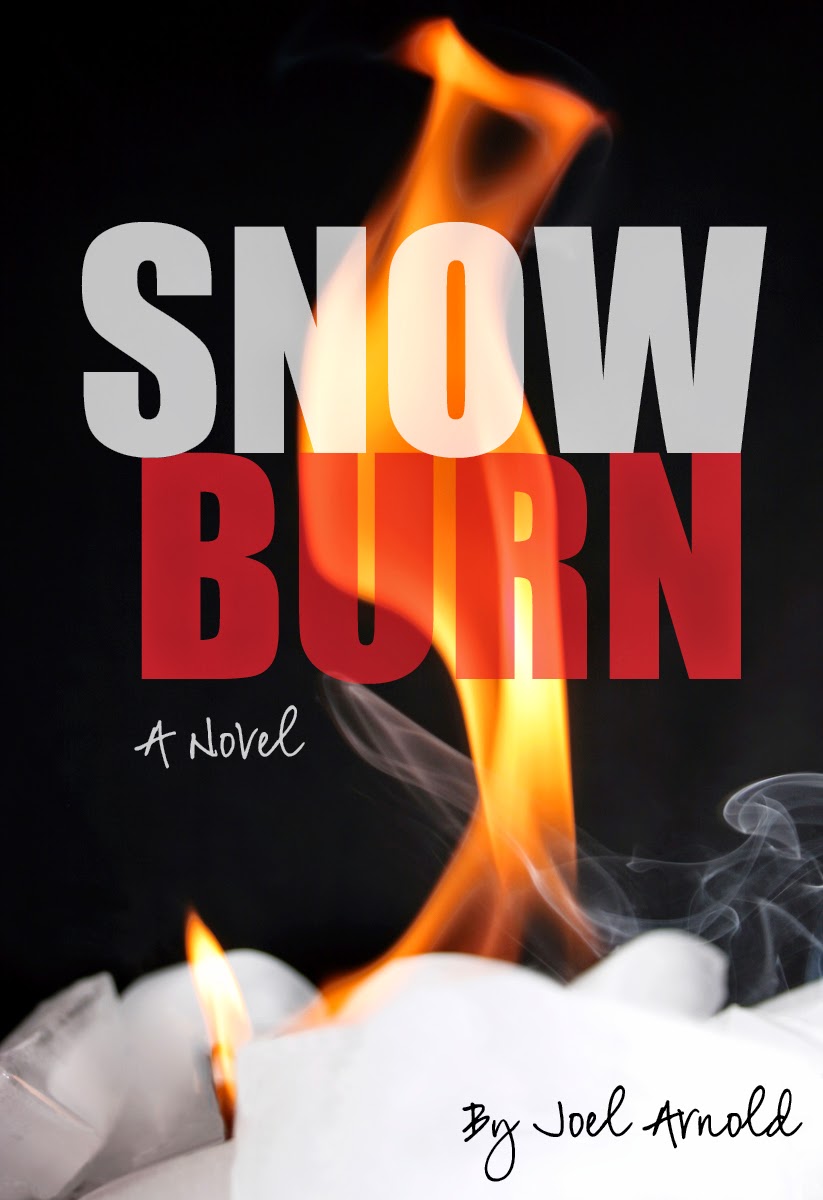 Seventeen-year old Tommy Connell knows he’s in trouble when he goes winter camping with his friend Vince Nguyen without telling his folks. But when they’re caught in a sudden blizzard, and the man they rescue from freezing to death turns out to be an escaped convict, Tommy’s troubles are only beginning. Now Tommy and Vince must not only survive the blizzard, but also find a way to keep Quinn – who’ll stop at nothing to stay out of prison – from killing them.

“Something every author tries for, Joel Arnold throws out the line that reels the reader in; I was hooked from the first page. The author also manages to make the reader feel as if they were in the story, something difficult to do. I highly recommend reading this novel.” Book review from Love to Read

Snow Burn is available for the Nook, Kindle, Kobo ereader, and other ereaders. 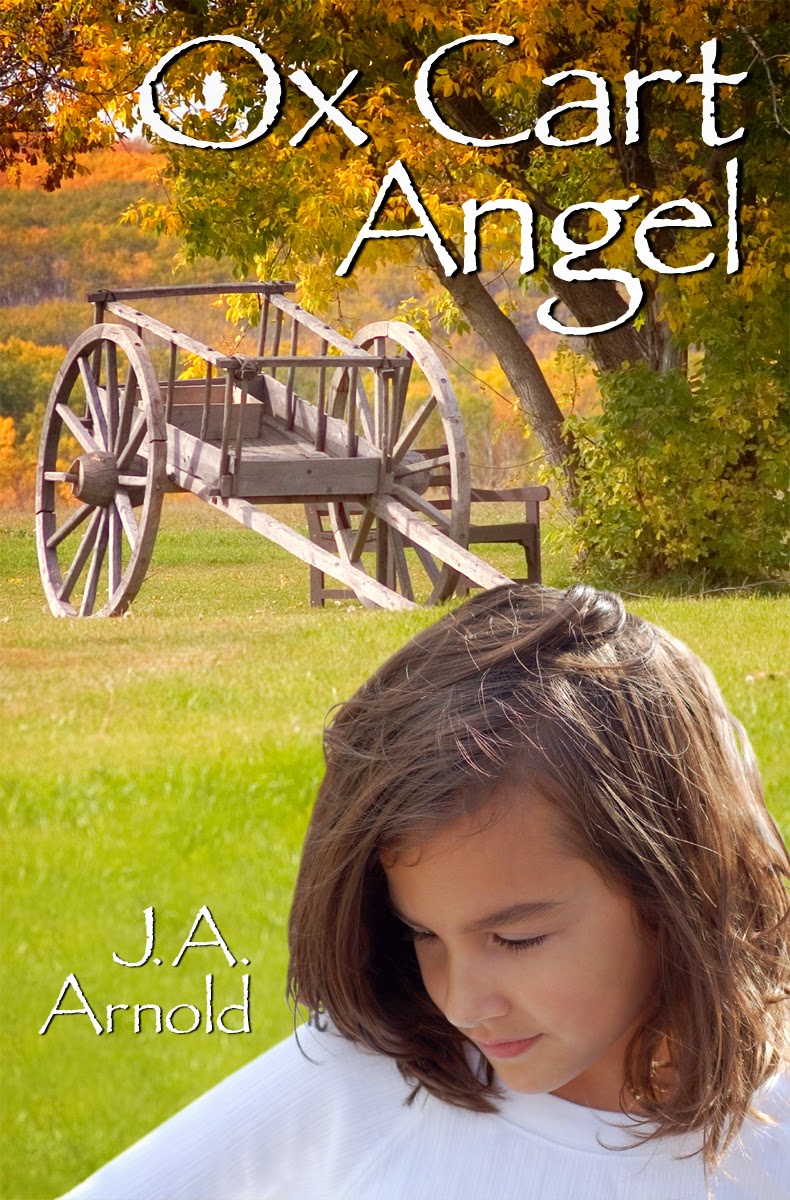 If I had known how much my life was about to change, I would have spent that last day in Pembina differently. I would have said goodbye to my friends and visited the places that reminded me of Mama, especially the elm tree where she was buried. I would have sat at her grave telling her how much I missed her, and that I’d come back someday to visit.
But since I didn’t know any of that, I spent most of that day with Freda Two-Feathers, who was a half-breed like me.

While the Civil War rages far away, Claire and her father set out on a journey from the Dakota Territory, hoping to catch up to the large caravan of Métis fur traders that left the day before. Their destination? The bustling city of St. Paul, where Papa wishes to open a photography studio. But with only Bone Bag, their one-horned ox, to pull their squeaky cart, they soon realize they may have to make their treacherous journey alone. Braving bad weather, packs of wolves, dangerous river crossings, starvation and exhaustion, can Claire and her father survive the deeply rutted ox cart trails?

“Do you ever find yourself finishing a book and loving it so much you refrain from reading for a while? You don't want to pick up another title because it may erase the wonderful feelings you currently have. Ox Cart Angel did that to me. I simply loved this book.” – Novella Reviews

Ox Cart Angel is available in trade paperback
Also available for the Nook, Kindle, Kobo ereader and other ereaders.