I received a Minnesota Artist Initiative Grant in 2010, part of which paid for a research trip to Yellowstone. I took a bunch of pictures, and since they're just sitting on my laptop, I thought I'd share some of them in a few separate posts.

One of my all-time favorite places in the world is the Old Faithful Inn.  Robert Reamer and his team of workers built the Inn in 1904. What follows are some photos of its massive fireplace - 500-tons of rhyolite stacked nearly 80-ft high, it serves as one of the main supports of the roof. 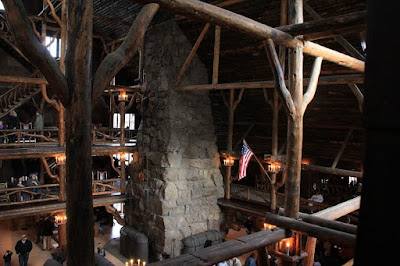 There are actually eight separate fireplaces in this one structure; four large ones (one on each side) and four small ones (one in each corner). Only a few of the main ones are still functional due to the Hebgen earthquake in 1959 which caused the part of it to collapse in on itself.

Here's a bellman stoking the fire in one of the functional ones. 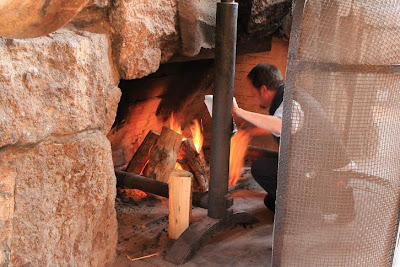 Here's one of the corner fireplaces (which are mainly used for stacking kindling these days.) The plastic spoon was not an original feature. 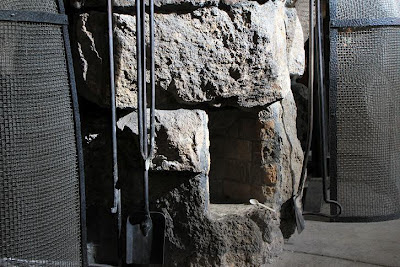 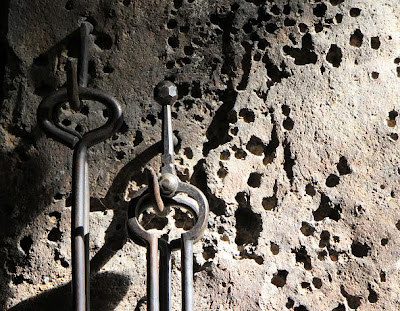 I believe the hooks and andirons are original. 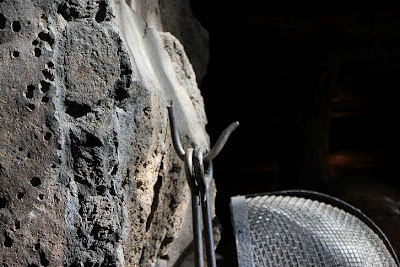 The fireplace clock's pendulum. Made on site at the same time the inn was built. 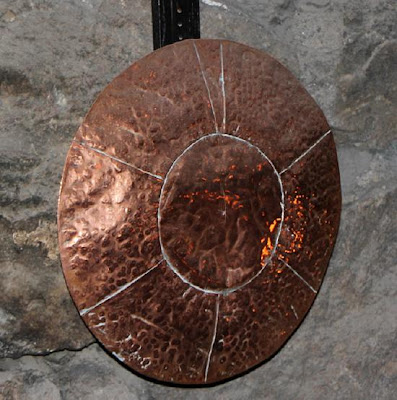 The mechanics of the clock. 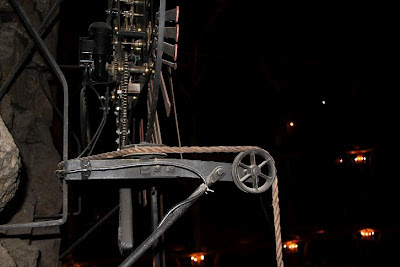 The view from behind the clock - taken from the 3rd floor mezzanine looking down at some of the writing desks on the 2nd floor mezzanine. - But for some reason, when I add this pic to the blog it comes out sideways. So turn your head to look at it... 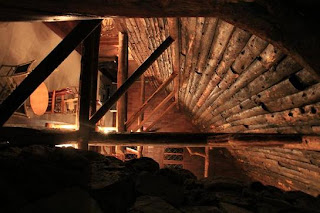 Hope you liked the pictures! I'll post some more later.﻿