Last Thursday I gave an author talk/presentation about the ox cart/Red River trails and Ox Cart Angel at the Swift County Historical Museum. I had a great time, and again, the audience was wonderful. They asked a lot of great questions, and had nice things to say afterward.

On the way up, I passed through Darwin, MN, which apparently is home to the world's largest ball of twine. I didn't stop to see it, but I could feel its twiney presence as I passed. Either that, or I was experiencing some sort of gastronomical distress...

I also stopped in Willmar on the way up and checked out the Kandiyohi County History Museum. I had a really nice surprise when I saw that they had one of only four original Red River Carts still known to exist! Talk about serendipity! 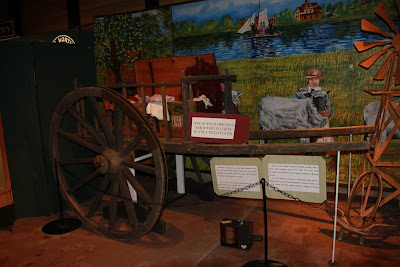 Then it was on to Benson, MN to the Swift County History Museum. I had some time to check out the place before I was due for the talk. What a great museum! They have a bit of everything. 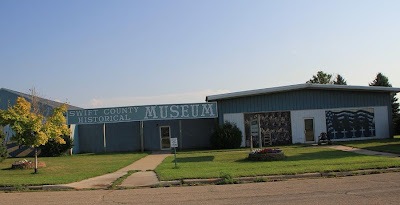 Laura and Pam were the museum's curators, and they were incredibly helpful and nice. They did a lot of work promoting my appearance, for which I am incredibly grateful!

There was a nice turnout. I didn't take a picture of the audience, because I thought that would be a little awkward while giving my talk. But here's where they sat. And nearly all the seats were filled!


It was a nice time. Much thanks to the people of Benson and the surrounding towns!

The drive home that night was a bit scary, however. It stormed most of the way home. Heavy downpours and the lightening seemed like a strobelight on steroids. The occasional hydroplaning was not much fun, either. But I made it back safe and sound, and all was well.