The Hidden Secrets of Old Bindings

I've discovered an odd thing about old books. For example, here's the binding of an old bible we have that dates to sometime in the 1800s. We bought it because it looks cool and has amazing engravings inside (in other words, we're not really all that religious.) 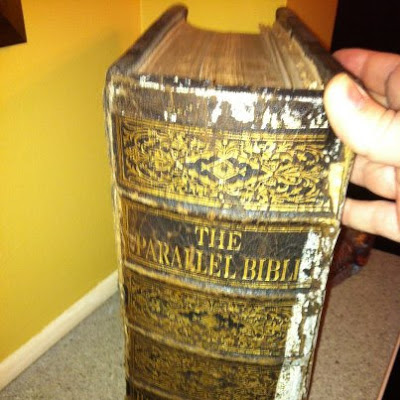 Anyhow, it's old and is falling apart. One day, the spine's binding began to come apart, and inside was this: 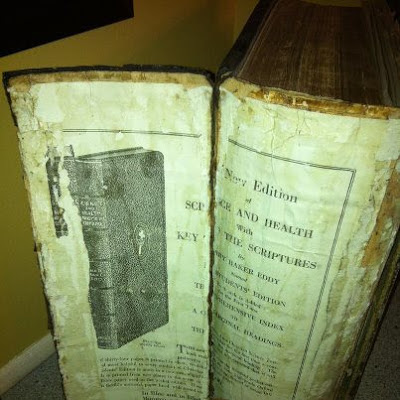 It's an advertisement for another edition of a bible, or something related to it. So it appears that even back in the 1800s, they were recycling! 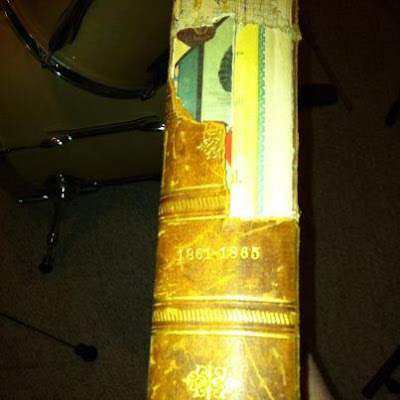 Hey, what's that bit of color peaking out from the torn binding of the spine? 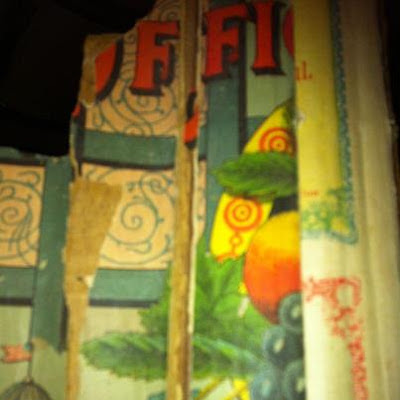 
I can't really tell what it is, other than perhaps an old advertisement. For oranges? Peaches? I don't know, but it's been hidden in the binding for about a hundred and twenty years. I think that's pretty cool.

Now if only I could find an early draft of the Declaration of Independence hidden away in one of these old bindings...