The Time I Met My Wife - and a 1 Star Review

So getting one-star reviews on Amazon and other book-selling sites is part of being a writer. I received one today for my horror novel Death Rhythm. You can read it here if you want (it's the one titled "No cat killing"). I have nothing against the review or the reviewer - she basically read the first few pages, in which a cat is killed, and she decided that the book wasn't for her. No problem. 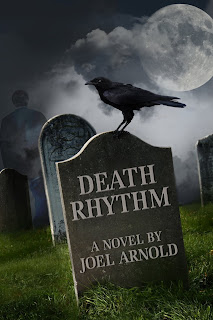 But it DID remind me of the first time I met Melissa (whom I have been married to for the last fifteen years).

I met Melissa on-line. I had written Death Rhythm way back then - I actually wrote the original drafts in the late 80's, early 90's - and was looking for some opinions. Melissa was on AOL (remember that?) in the Minnesota chat room, and her profile said that she had majored in psychology. So I asked if she'd be interested in reading it, since I wanted her opinion on whether or not the psychological aspects of the novel were okay. She agreed to give it a look.

So I drove up to the cities, we went out to dinner, then drove over to a Kinkos to make a copy of the manuscript. But as we pulled up to the Kinkos, and were making our way to the front door, we began talking about pets. I said something along the lines of having grown up with dogs. Melissa then mentioned that she was more of a cat person. We went inside, and as we waited in line at the counter, she glanced down at the first page of the manuscript and read the first paragraph where it talks about a woman beheading a cat.

Do I know the way to a woman's heart or what?!