I became familiar with C. Hope Clark's work through her FundsForWriters newsletter. It's full of great advice, articles, inspiration and markets. Highly recommended! She also writes mysteries, which she'll tell you a bit about below. Many thanks to Hope for answering my five questions! 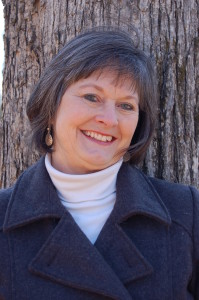 My latest book is TidewaterMurder, the second in The Carolina Slade Mystery Series. Published by Books.

Carolina Slade solves mysteries for the Department of Agriculture. This time, however, Slade’s best girlfriend is a suspect in a case wrought with drugs, stolen tomatoes and slaves. Wayne Largo, a federal agent for Agriculture’s Inspector General Office, runs interference to keep Slade off the case. But Conflict of interest is the least of her concerns as Slade copes to save her friend’s career, maintain her love for , and stay alive. A shrimp boat explodes, killing a farmer, the only person who probably knows the truth. The deeper Slade digs, the more signs point to her friend's guilt. Then there’s voodoo, a ghost, and her daughter’s teenage urges to solve mysteries like her mother. Trust is the theme as Slade struggles to keep her life, and the lives of those around her, safe and sane when farming turns vicious . . . meaning people die, and disappear in deep, water.

My favorite author is Pat Conroy, and Prince of Tides is my favorite of his. However, I don't really have a favorite book. I love whatever I'm reading at the time, but Conroy makes me slow down and want to digest each word, studying how he partners phrases together into a paragraph, then into a scene, a chapter, and so on. It's pure miracle working.

Editing. I adore editing. The process of adding layers and depth and soul to a story is a titillating challenge for me, and I never tire of it. I HATE the first draft, which I hear is most writer's most fun!

I've reached the point I can firmly and confidently tell people that I am a writer. However, I've learned there's a negative to admitting such, such as the week I had three different situations where I told someone I was an author, and each wanted me to write his/her life's story. Three in one week, each with a story to tell. One held me up for 30 minutes in a department store. All I wanted to do was buy underwear, but I heard ten years' worth of history from a woman who said "When you finish your current book, I have something you can write." I've developed a response now. "Sorry, but that's your story to tell, not mine. I'm not vested in it, so I wouldn't do it justice. You write it." That usually works.

Or there's the question about how I got where I am today with FundsforWriters.com, national speaking engagements, and publishing contracts for mysteries three and four. When I explain briefly about my long trek covering 14 years, I often get the response, "But that's too long. How can I do it quicker?" Or there's the comment, "But I don't want to have to work as hard as you do. I have a job." All you can do is laugh it off.

Pull out that project you've always wanted to write and write it. I'd put my mystery writing on the shelf (namely, Lowcountry Bribe, the first in The Carolina Slade Mystery Series) because it hadn't sold and I was earning a living with commercial nonfiction. When a mystery author learned that I had a mystery I'd become discouraged about, but still felt strongly about, she told me to set aside time daily to complete it. Otherwise, I'd never forgive myself, because we have to write what's in our soul. I hauled it out, kept an outline of it, and tossed it. I rewrote it with a stronger voice and hammered on it daily, until I won contests, landed an agent, and signed a contract. But she was the catalyst to make me think selfishly, to want to work on a bucket list project until it was done. We don't just write to earn a living. Sometimes we write for our soul's sake.