Steve Thayer is one of my favorite writers. He combines history and mystery with great characterization and plotting - great writing overall. What's especially appealing for me about his writing is that a lot of the settings he uses are right here in Minnesota. I'm really thrilled that this best-selling author took the time to answer my five questions! 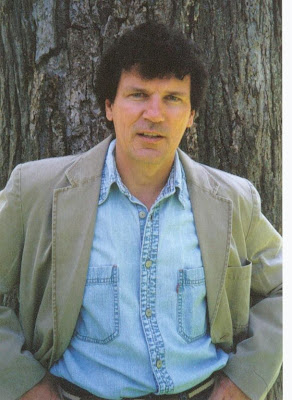 Midnight at the Foot of Ithaca Falls is the story of a time-traveling detective from the N.Y.P.D. In 1929 he washes up at the foot of Ithaca Falls at Cornell University... but he tells the faculty he is from the year 2010, and that he's hunting a serial killer. Is he? Or is he mentally ill? Like The Weatherman, it's more of a psychological thriller. With the exceptions of The Weatherman and The Wheat Field, my books have never been easy to get published. I don't expect that to change. Also, producer Brian Oliver had a three-year option on my novel The Wheat Field. When it didn't get made into a movie after three years, I got the rights back. My agent then suggested I write the screenplay for The Wheat Field myself. It took me about six months, my first screenplay, but we're happy with the way it came out. So we're pushing Midnight at the Foot of Ithaca Falls on the East Coast, and The Wheat Field screenplay on the West Coast. 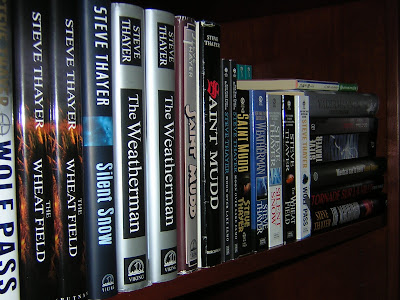 Unlike actors... Spencer Tracy, Steve McQueen... I've never had a favorite author. However, when I first started writing back in the 1970s I was very much influenced by the bizarre combination of F. Scott Fitzgerald and Joseph Wambaugh. Two of my favorite books are The Great Gatsby and The Onion Field. I would also add to that list The Old Man and the Sea by Ernest Hemingway, and Burr by Gore Vidal.


3 – What’s your favorite aspect of writing?

I love being a writer... it's a tremendous sense of accomplishment... but I don't particularly enjoy writing. It’s work, and the work is sometimes hard. You're on your own. Even after all these years I still sit down at my desk with the fear that nothing is going to come out. The best feeling in the world is finishing a book. Like I said, just a tremendous sense of accomplishment.


4 – Any good anecdotes about being a writer?

The whole experience of a national book tour is hard to put into a few words. When we published authors get together we always swap war stories about our book tours. Writing a book is very isolated work. I would spend years alone with my research, my imagination, and with the words I was putting to paper. Then the publisher would throw me out into the world... one city after another for six to eight weeks. It was fun, but it was exhausting, and a bit of a culture shock. And just when I was getting good at it... it was over, and I was back at my desk writing another book.

When I first began writing I used to subscribe to a writer's magazine, though the name of it escapes me now. But I remember that after a year I did not renew my subscription because of all the piss-poor advice that was in it. I threw all advice out the window and wrote my first novel Saint Mudd my way. A couple of years later I went to talk at college here in St. Paul. While standing outside the classroom I noticed a class description of Novel Writing 101. I read the description and had no idea what the hell they were talking about... and I had already written Saint Mudd and The Weatherman. Years later, during a down period, I decided I didn't want to write anymore. I was out looking for a job. One day I was having lunch with Dave Durenberger, a former U.S. senator, and a big fan of mine, now teaching at St. Thomas University. I told him about my job hunt and how badly it was going. He told me to quit looking for a job and get back to writing novels. "It's what you do." I guess that was some of the best advice I ever got.