David Morrell hardly needs an introduction. If you haven't heard of him, then you've surely heard of his most famous fictional creation, Rambo, from his novel First Blood. For those horror readers among you, hopefully you've read his classic The Totem. And for you writers out there, he's written the wonderful The Successful Novelist; A Lifetime of Lessons About Writing and Publishing. But enough of my babbling. I'm incredibly excited to have Mr. Morrell answer my five questions. 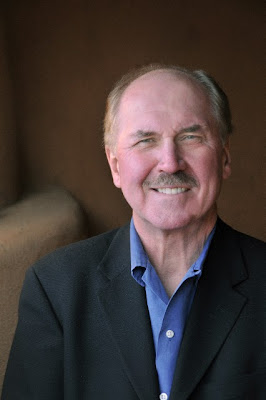 My latest novel, Murder As a Fine Art, is a Victorian mystery/thriller about the infamous Ratcliffe Highway murders, the first publicized mass killings in English history. These occurred in London in 1811, three-quarters of a century before Jack the Ripper terrorized London, but the Ratcliffe Highway murders were more terrorizing because until then, no one in England could imagine something so horrific. The main character is Thomas De Quincey, who was infamous also—the first person to write about drug addiction in Confessions of an English Opium-Eater. De Quincey was obsessed with the Ratcliffe Highway murders and wrote about them at blood-soaked length, inventing the real-life crime genre in the postscript to his “On Murder Consider as One of the Fine Arts,” from which my novel derives its title. In the story, someone uses De Quincey’s essay to replicate the original murders, and De Quincey becomes the suspect. Using his unique knowledge of the murders, he sets out to find the real killer. Murder as a Fine Art required two years of research before I felt that I could make readers believe that they were truly on the harrowing, fogbound streets of 1854 London. Many reviewers praised its authentic details.

The author who made the most difference to me as a thriller writer was Geoffrey Household, whose classic Rogue Male (1939) is about a British big-game hunter’s attempt to stalk Hitler at the start of the Second World War. He’s captured on the first page, and the novel hurtles onward from there. Household and I exchanged letters before he died in 1988. His work showed me how to write outdoor action.

Some days, if everything’s going properly, the keyboard and the screen disappear.  I’m totally within the story and unaware that I’m writing.

Research is a huge part of writing.  For my books, I became a private pilot (The Shimmer). I learned how to car fight at a Virginia raceway, with instructors who teach government operatives (The Protector). I learned wilderness survival from the National Outdoor Leadership School, living in the Wyoming mountains for 30 days (Testament). I learned about assuming identities from a former U.S. Marine undercover operator (Assumed Identity). I learned about being a protective agent from a former U.S. marshal who was part of the team that protected John Hinckley Jr. after he shot President Reagan (The Fifth Profession). Every novel offers an opportunity to acquire a new skill. Also it’s a hoot to be able to say that I created a character (Rambo in my debut novel FirstBlood) who became one of the most recognized thriller characters of the twentieth century, along with Sherlock Holmes, Tarzan, James Bond, and Harry Potter.

I have several mantras that I learned from my writing teacher Philip Klass, whose pen name was William Tenn. Don’t chase the market. Establish your own voice and approach. Be a first-rate version of yourself, not a second-rate version of another writer.