Ramsey Campbell is an icon of horror literature. If you're a fan of horror and haven't read him, you should stop what you're doing and immediately correct that. He's won numerous British Fantasy Awards, Bram Stoker Awards, World Fantasy Awards...He's also won a Lifetime Achievement Award from the Horror Writers Association, a Living Legend Award from the International Horror Guild. As you can guess, I'm highly pleased and honored to have Ramsey on board to answer my five questions!

I never discuss work in progress – don’t tell the story until you’ve told it is my principle – and so all I can tell you about the novel I’m writing is the title, Think Yourself Lucky. I suspect it may be one of my comedies – I’ve written quite a few. The most recently published books are a collection, Holes for Faces, and two novellas, The Pretence and The Last Revelation of Gla’aki, which is a return to my Lovecraftian roots – an attempt to scrape away the conventions I employed in my first book and get back the visionary quality of Lovecraft’s greatest work. I’m not claiming I achieved it, just saying I tried. Pete Crowther of PS Publishing actually proposed it, and I’m grateful to him. People seem to like it – indeed, the signed state has already sold out. 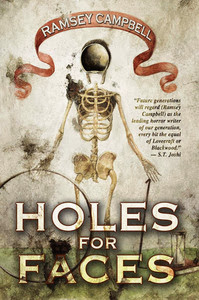 Within my field, H. P. Lovecraft, who devoted his career to attempting to find the perfect form for (as he termed it) the weird tale. He’s very well worth learning from – not imitating his vocabulary but finding a way to subsume his example into your own work. In the wider field, Nabokov. Lolita was an enormous revelation – his joy in language, his oblique approach to the material, his discovery of comedy in the most unlikely material – and I bought everything else of his I could find (Pale Fire came out in paperback around then, and I loved it just as much).

Quite a few. Surprising myself by inventing material I didn’t know I had in me until I wrote it. Ruthlessly rewriting the first draft. Perhaps most of all, reading my tales to audiences. 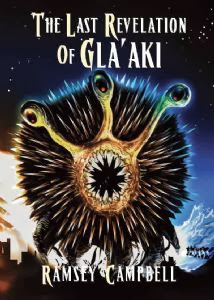 I’d say getting in touch with August Derleth when I was fifteen years old was crucial. He didn’t actually introduce me to rewriting – I’d already done some of that on my earlier non-Lovecraftian work – but he did send me generally in the right direction. In fact, very shortly after I read the only tale of mine he edited substantially (The Church in High Street) I set about developing his suggestions, but in my own way (in The Render of the Veils). I think his recommendation that I should use British locations led to my starting to use Liverpool a couple of years later (in 1965, with The Cellars). And he certainly supported my experiments without complaint – I thought he might balk at my second book, since it was radically different from my Lovecraftian debut, but he bought it and used similar tales of mine in several anthologies. Without Arkham House, maybe you’d never have heard of me. 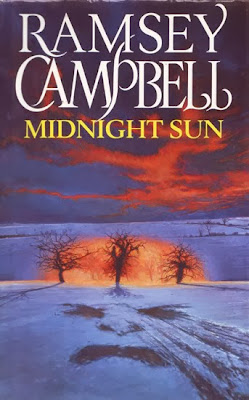 From Pat Kearney and Betty Kujawa, two fan correspondents of mine in my teens – to show my Lovecraft imitations to Derleth. The consequence was my career.