I met April at an author shindig at the Cannon River Winery in Cannon Falls, MN a few weeks ago, and asked her if she'd like to participate in my five question series. She lives in central Minnesota with her husband and is expecting their first child, a boy in March 2014. Congratulations!

April developed her passion of historical romances through her love of history and genealogy, and over the last several years she has compiled her family tree finding over 350 bloodline grandparents dating back to the 1100s. Wow! And I sometimes have trouble finding my own kids!

Anyhow, I'm glad to have April on board to answer my five questions! 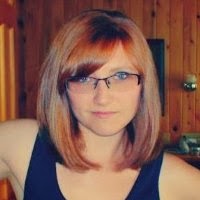 My latest book is called Escape to the Highlands. It is the second book in my MacKinnon Clan Series which was just released on January 21st. The book is a Scottish Historical Romance about Jacqueline, a young English maiden who struggles with the power her brother has over her. Forcing her to marry a man when she is in love with another Jacqueline feels no different than the prisoners held in the dungeon. Desperate for her own freedom, she frees the Scottish prisoners from the dungeons. Knowing her actions are treason, she flees to Scotland with a bounty on her head.
Ewan, cousin to the Laird of the MacKinnon Clan, seeks excitement and adventure. He joins William Wallace in a quest to rescue their fellow Scotsmen who have been taken prisoner by the brutal English. But when duty and honor leads Ewan to help an English lass in grave danger, the last thing he expects is to lose his heart to his enemy. 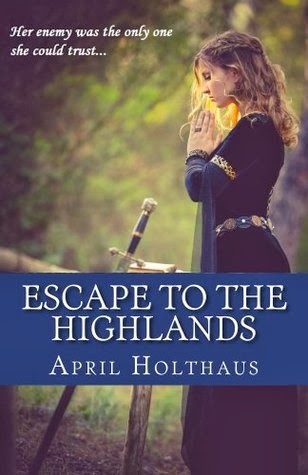 2 – Who’s your favorite author and/or what’s your favorite book?
I have so many it is hard to pick one, but my favorite book would have to be Highland Legacy by BJ. Scott. The book is filled with so much emotion and passion that I can feel what the characters are feeling. It is a beautifully written Historical Romance.
3 – What’s your favorite aspect of writing?
My favorite aspect of writing would be writing my heroines with a show of determination and strength and how they overcome  difficult situations and circumstances.
4 – Any good anecdotes about being a writer?
One good story that comes to mind is when my sister had read my first book. Generally she reads Young Adult stories and has never read a romance novel before, so she was pretty surprised when the book gave more details than just the two main characters ride off into the sunset and then that is the end of the story. She did not realize that a romance novel talks about the bedding.
5 – What was the most helpful writing advice you’ve ever received?
The best advice i have received was to not feel down when i get a bad review. I had an author tell me to look at other great works such as Pride and Prejudice and Gone with the Wind and see how many one star reviews they had. When you write a story it is next to impossible to make everyone happy so the best thing you can do is just keep writing and never give up!

Follow April at: www.facebook.com/author.april.holthaus
Posted by Joel Arnold at 4:05 PM