I want to step delicately here, since I'll admit that I went into the Grand River Museum in Lemmon, South Dakota as a bit of a lark. I knew going in that it was a creationist museum. You know, one of those places that promote the "science" of the bible. For example, they believe the earth is only 6,000 years old, that people and dinosaurs co-existed, and that dinosaur fossils were placed in the earth by God.

But while the sculpture under the museum's sign captures this sentiment, you also gotta admit, it's a fun sculpture; a cowboy riding a triceratops. Plus it's a cool sculpture. My photo doesn't do it justice, since you can't see much detail in it, but the closer you get to the sculpture, the more it leaves your jaw hanging. The artist who did it - John Lopez - uses scrap metal for his pieces, and his pieces are amazing. Take a look at some of his work here to see his incredible sculptures in way better detail than you can see in my photo. Go ahead, I'll wait a moment. 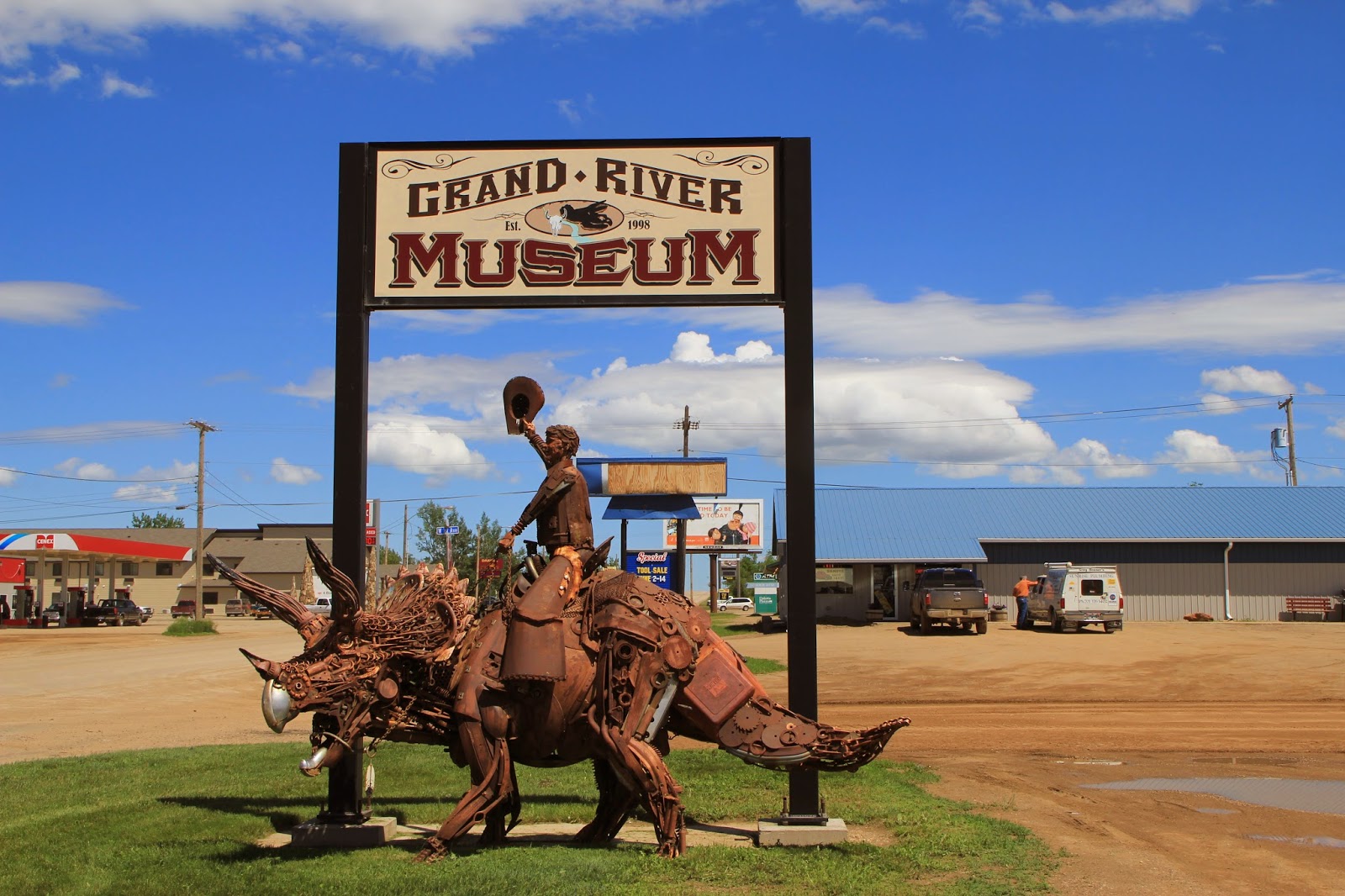 Okay, you're back? Great! 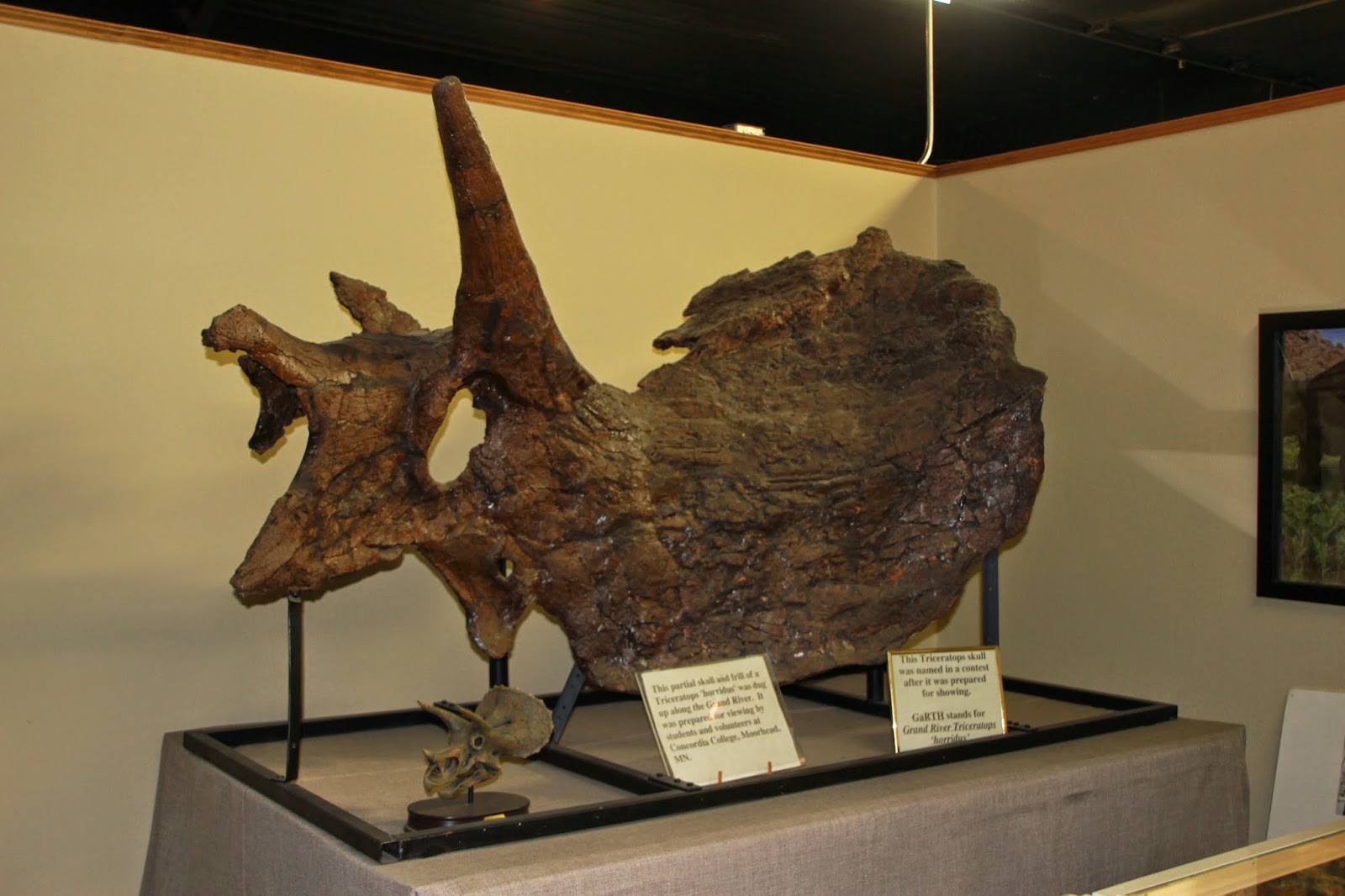 The museum has excellent displays on some of the area's history. They have actual dinosaur fossils, too. The museum owners have found a bunch of fossils on their property. And the curators are really nice folks, too. They're in the process of adding a huge addition in the back that will have more displays on ranching and western art, and there will apparently be more of John Lopez's sculptures.

They also have this: 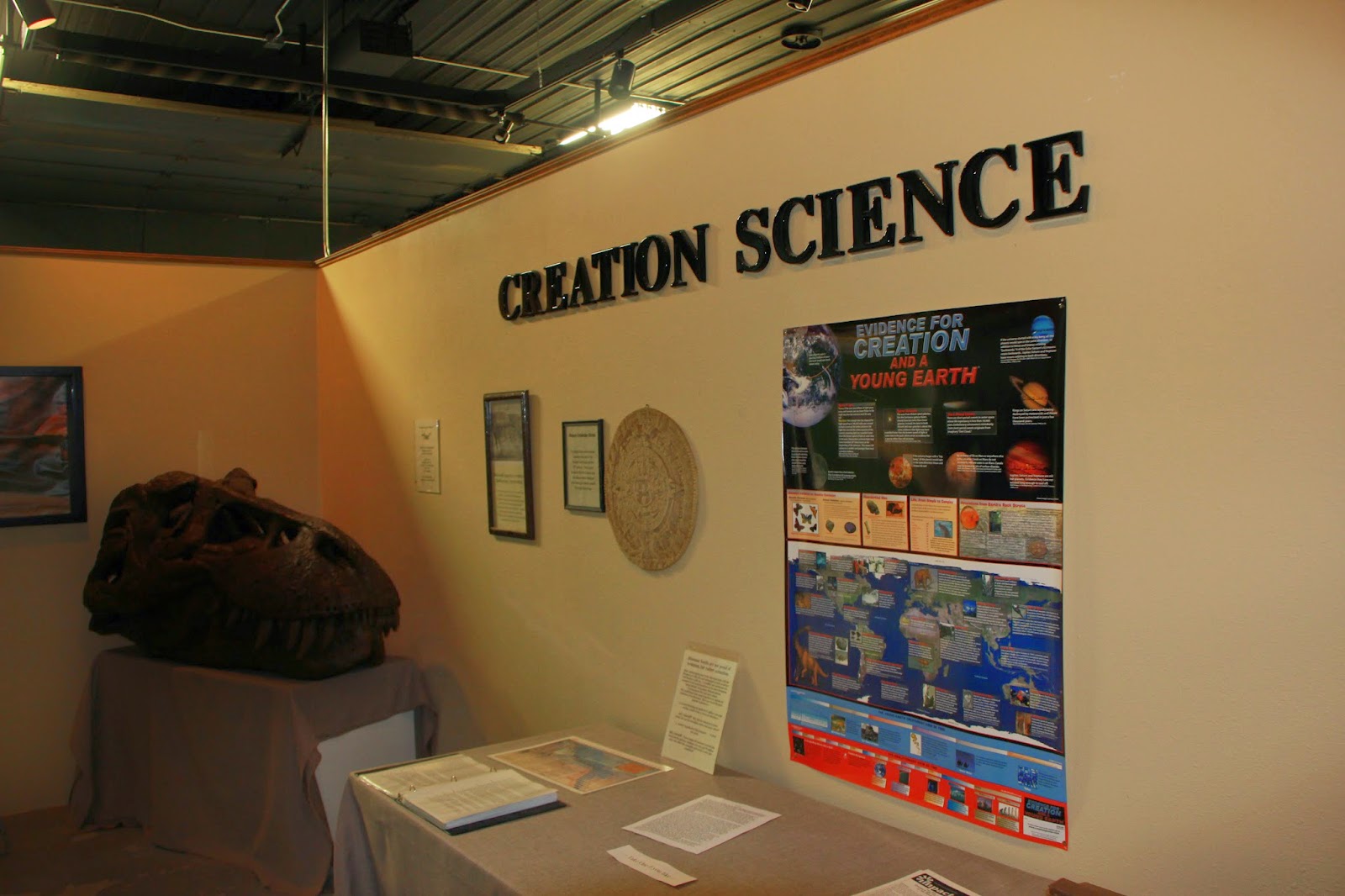 So I feel a bit like an asshole for harping on the place, since 1 - if people want to believe in Creationism despite all evidence to the contrary, that's their prerogative. And 2 - they bought copies of my book for their gift shop. So you see, I feel like I'm getting into some 'cutting off my nose to spite my face' territory here.

What do you think? Was it wrong to offer my books for sale at their gift shop even though I find the whole Creationism thing laughable? I'm really not sure how I feel about the whole thing…