The first stop on my 2014 Author Tour with my daughter Paige was in Jamestown, North Dakota. I had a book signing at the National Buffalo Museum. It's a nice museum with lots of displays on bison and their part in the history of America.

I always like to stop in Jamestown on my way out west (or coming back home from thereabouts) and take a walk in the old frontier town they have set up.

Here's the statue of the bison, which I always must pay homage to when passing through. It's the largest in the world. Not sure why it had a lei on it while we were there - perhaps it had spent the winter in Hawaii? 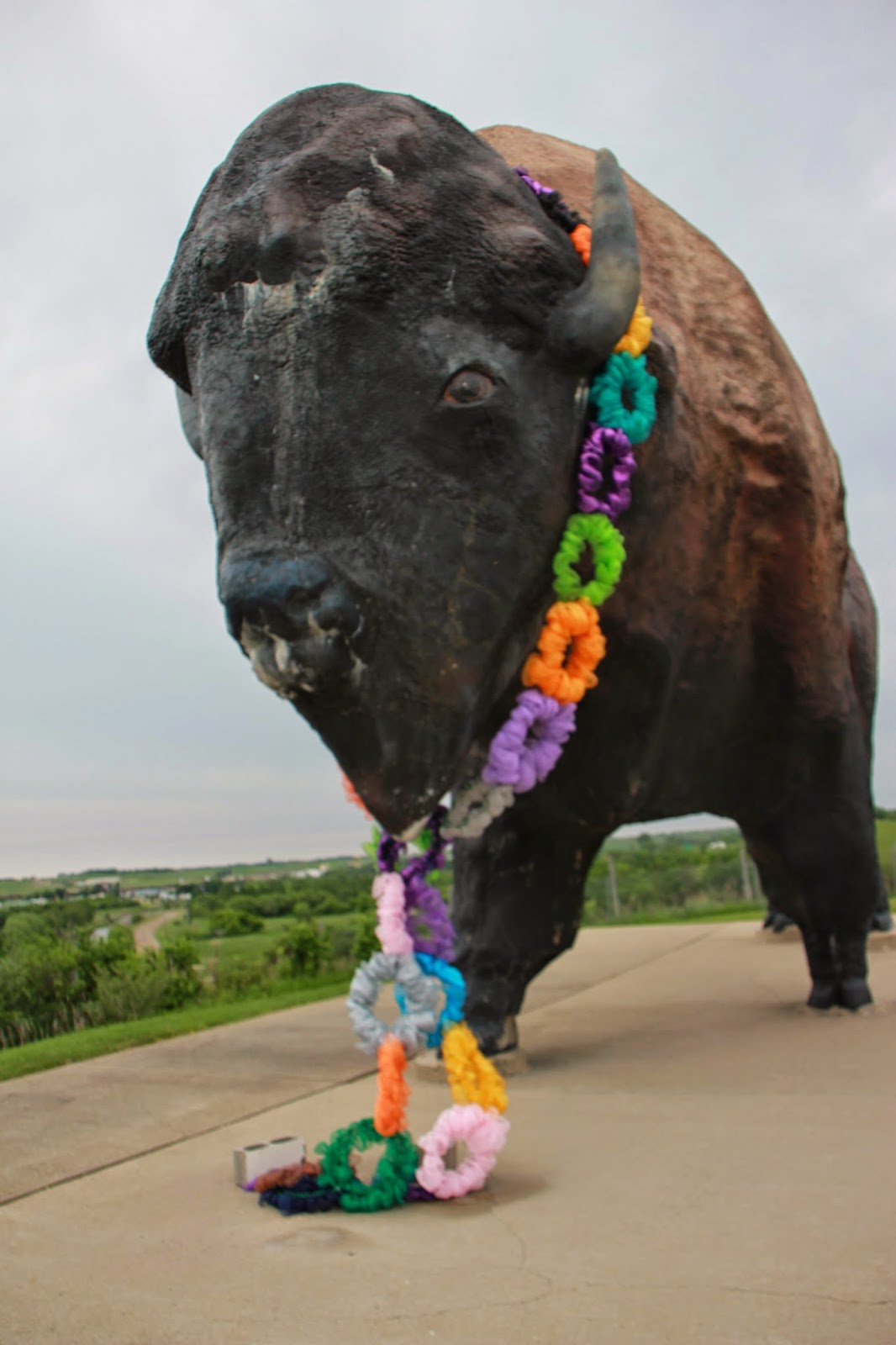 Here's a view of the frontier town. You can go into all the little buildings, and each has a nice display. 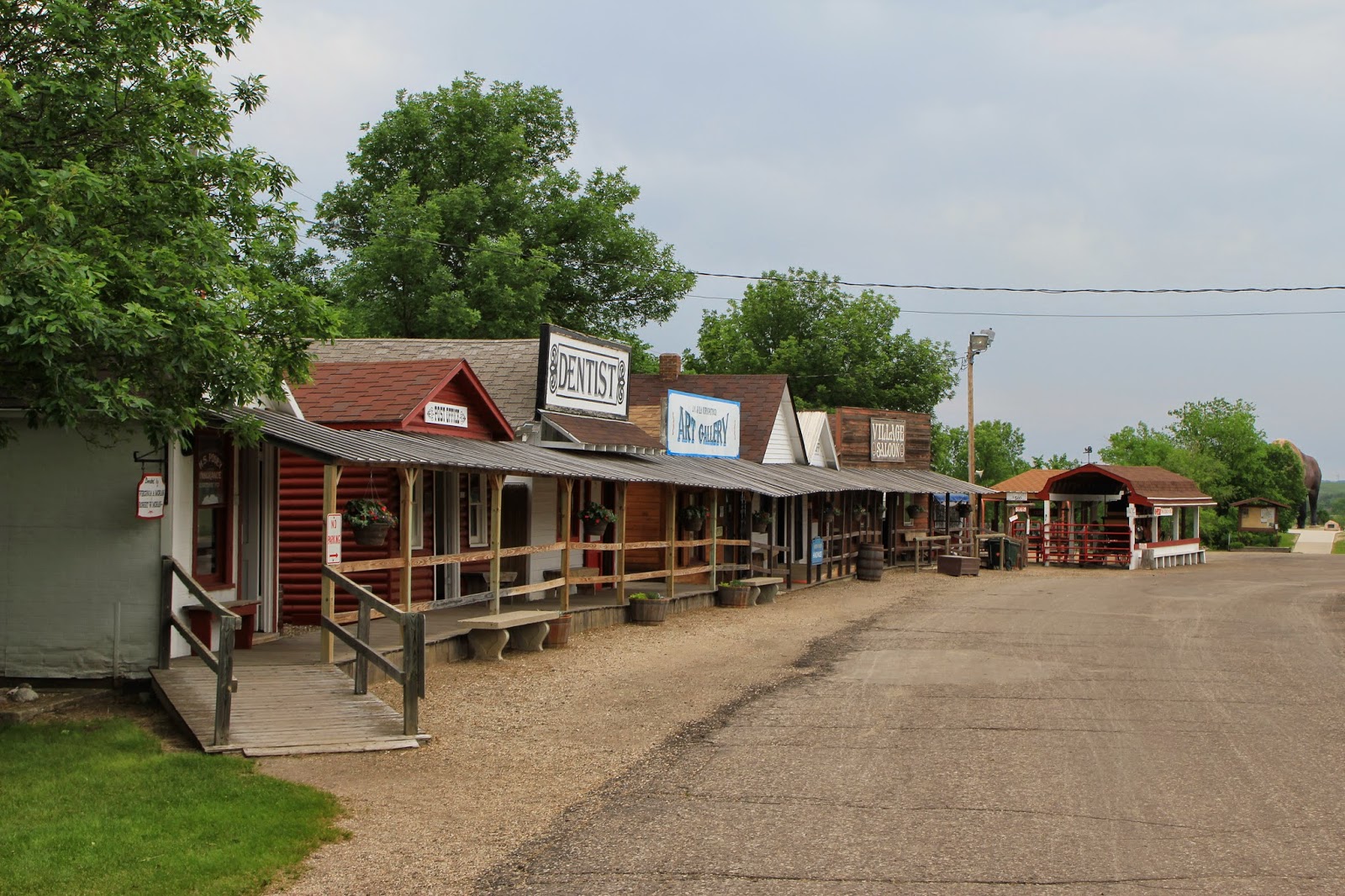 A little memorial to some of the townsfolk who have passed away: 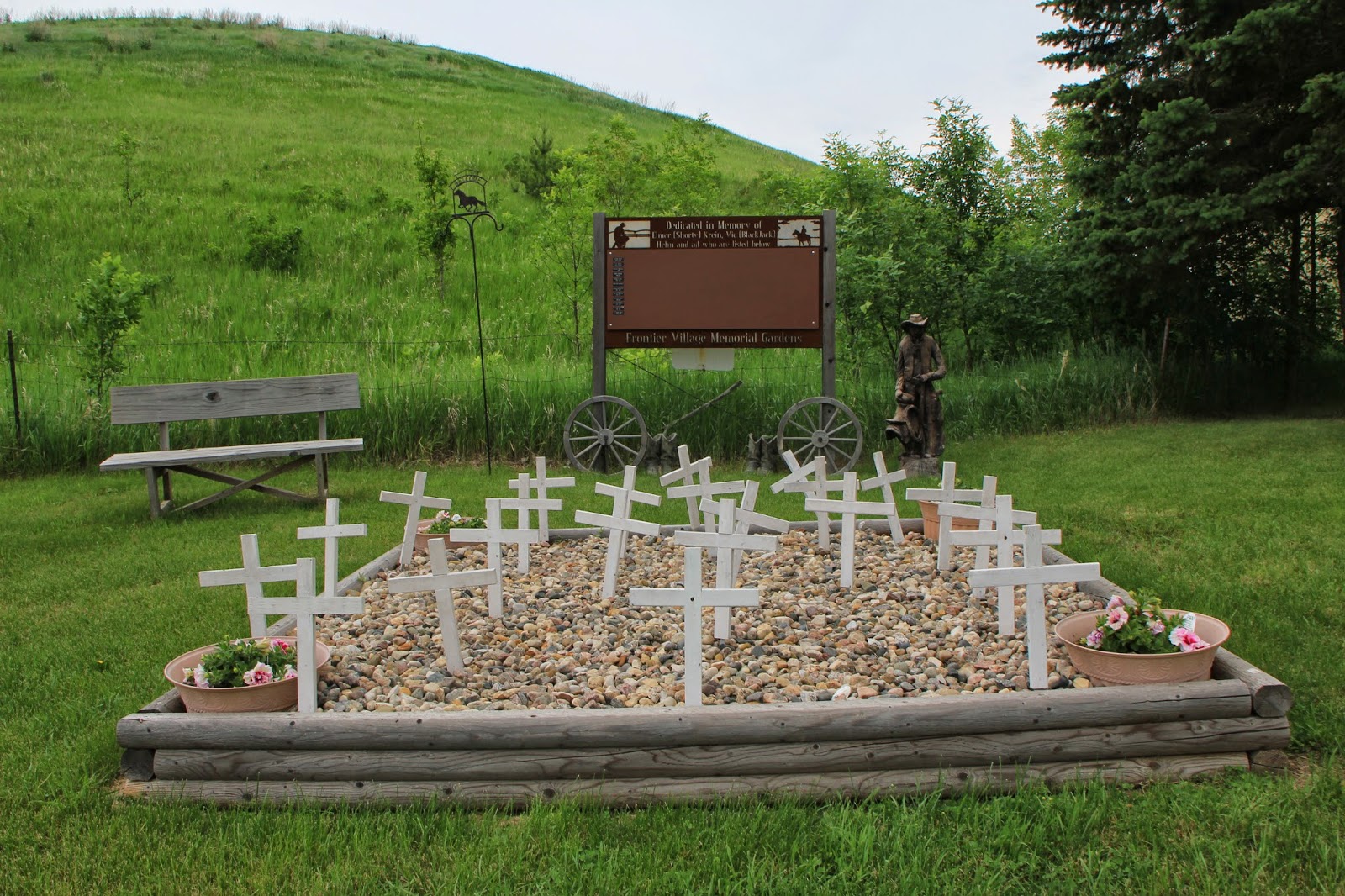 Paige gets a time-out in the old jail: 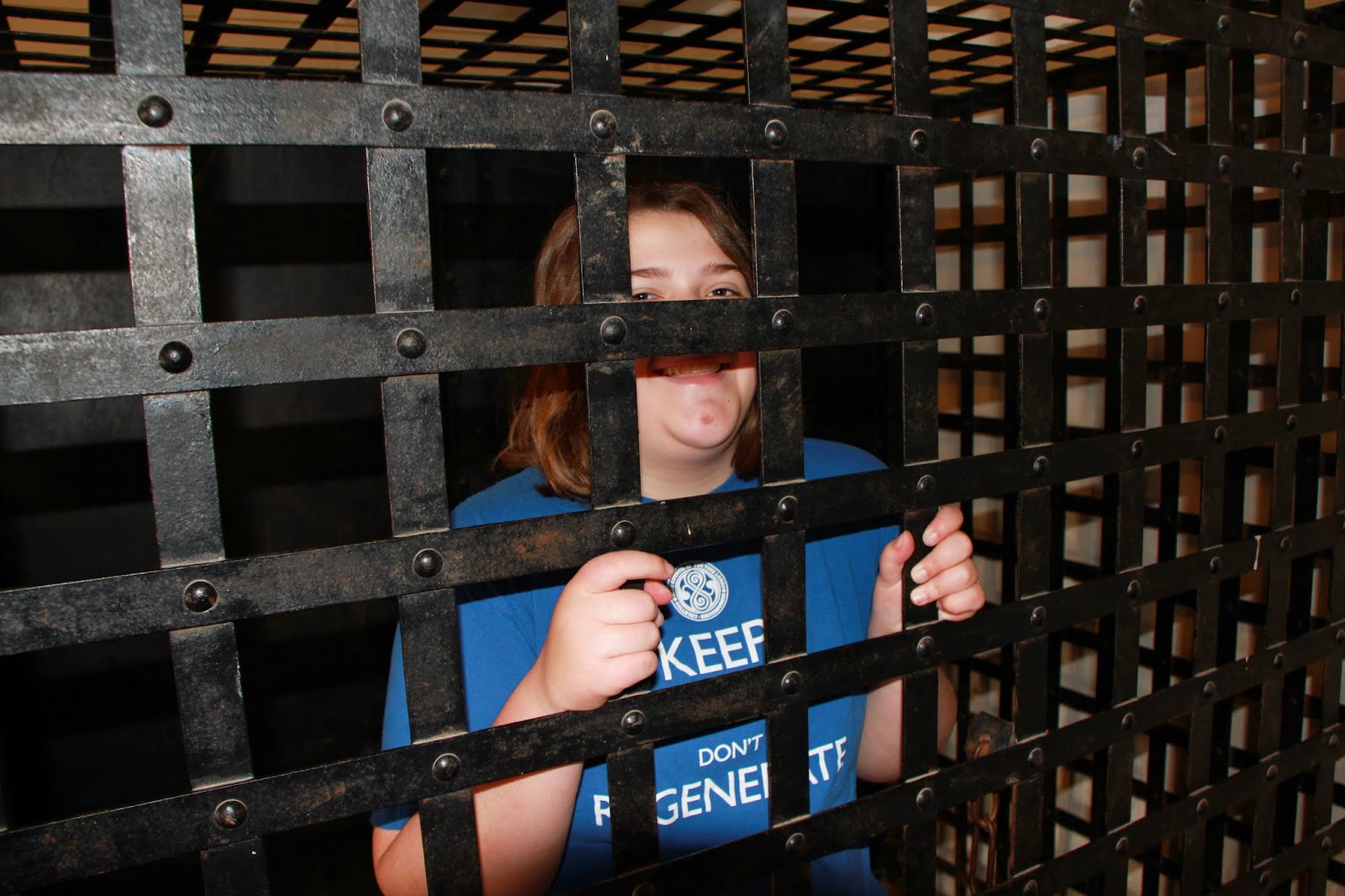 Author Louis L'Amour grew up in Jamestown, and included in the frontier town is the Louis L'Amour Writer's Shack set up in his honor. 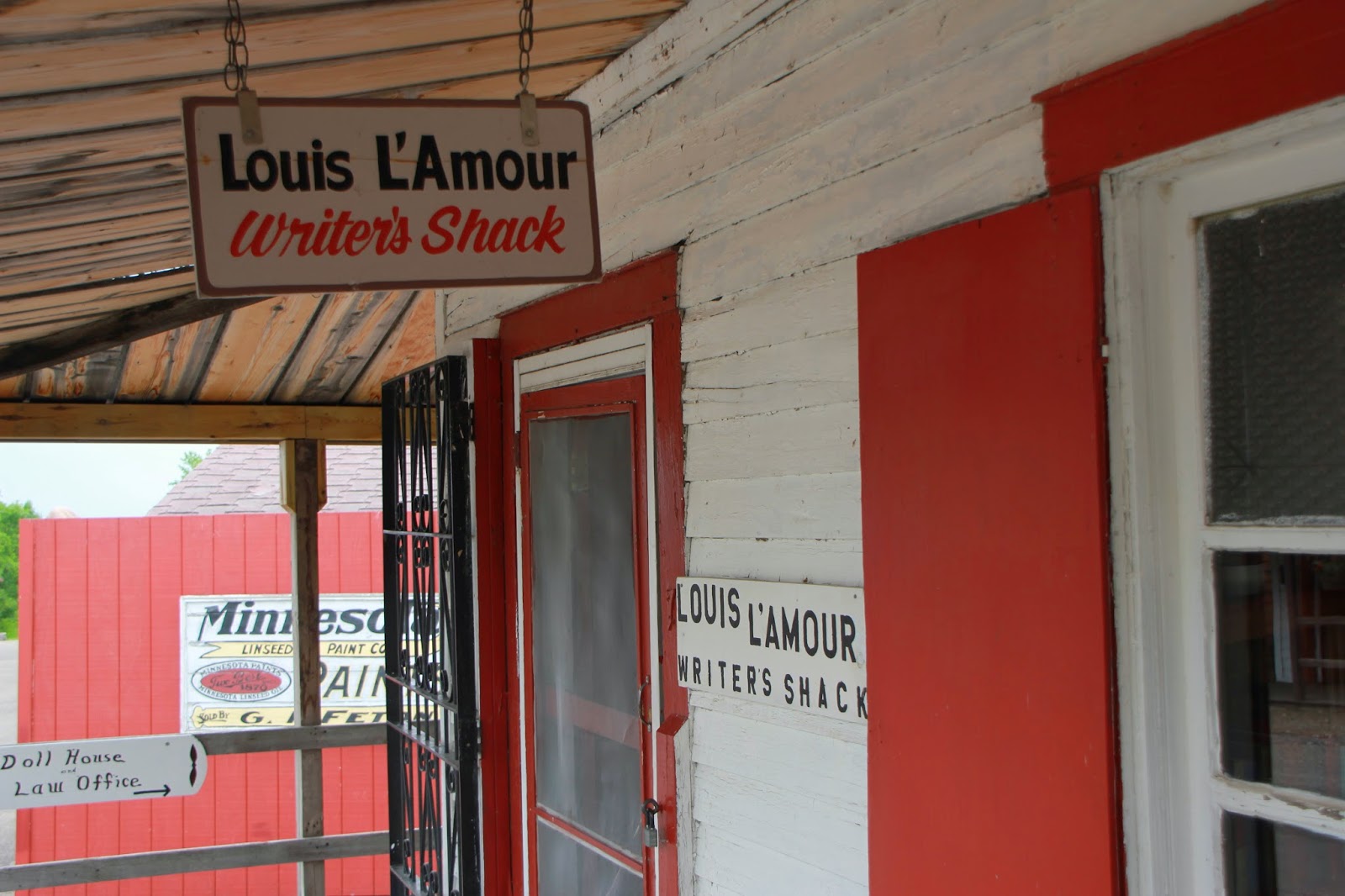 A display of some of his many books: 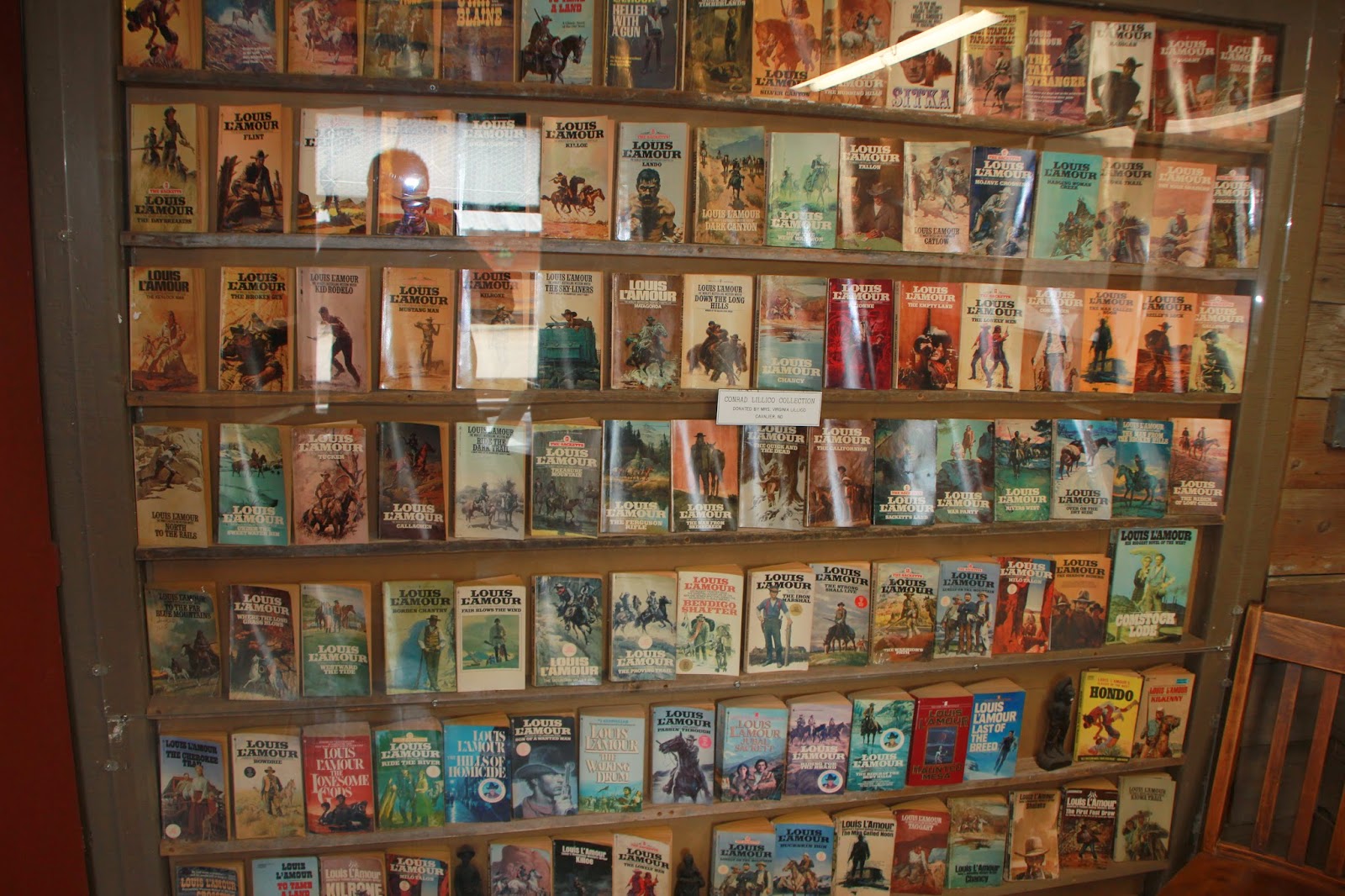 An old safe in the bank building. I have a thing for old safes, and I thought this one was especially cool. 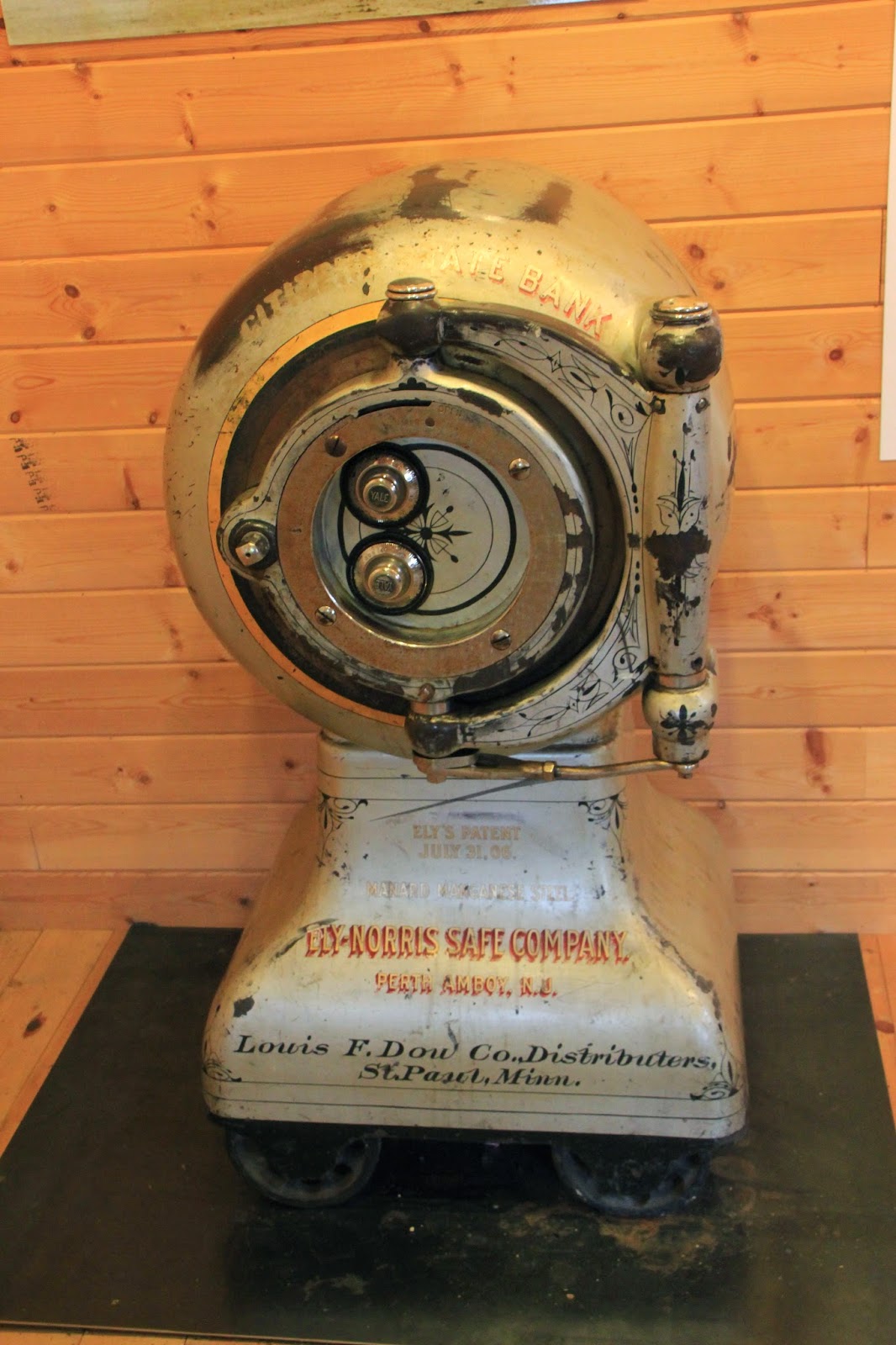 Not a lot of people showed up at the signing, but it was still a nice time, and I got to chat with some wonderful folks and even sell a few books.