While on our 2014 Author Tour, we stopped in the small town of Hysham, Montana (pop. 312) to check out their Treasure County Historical Society. I noticed a striking theater across the street - it looked so different in this part of the country: 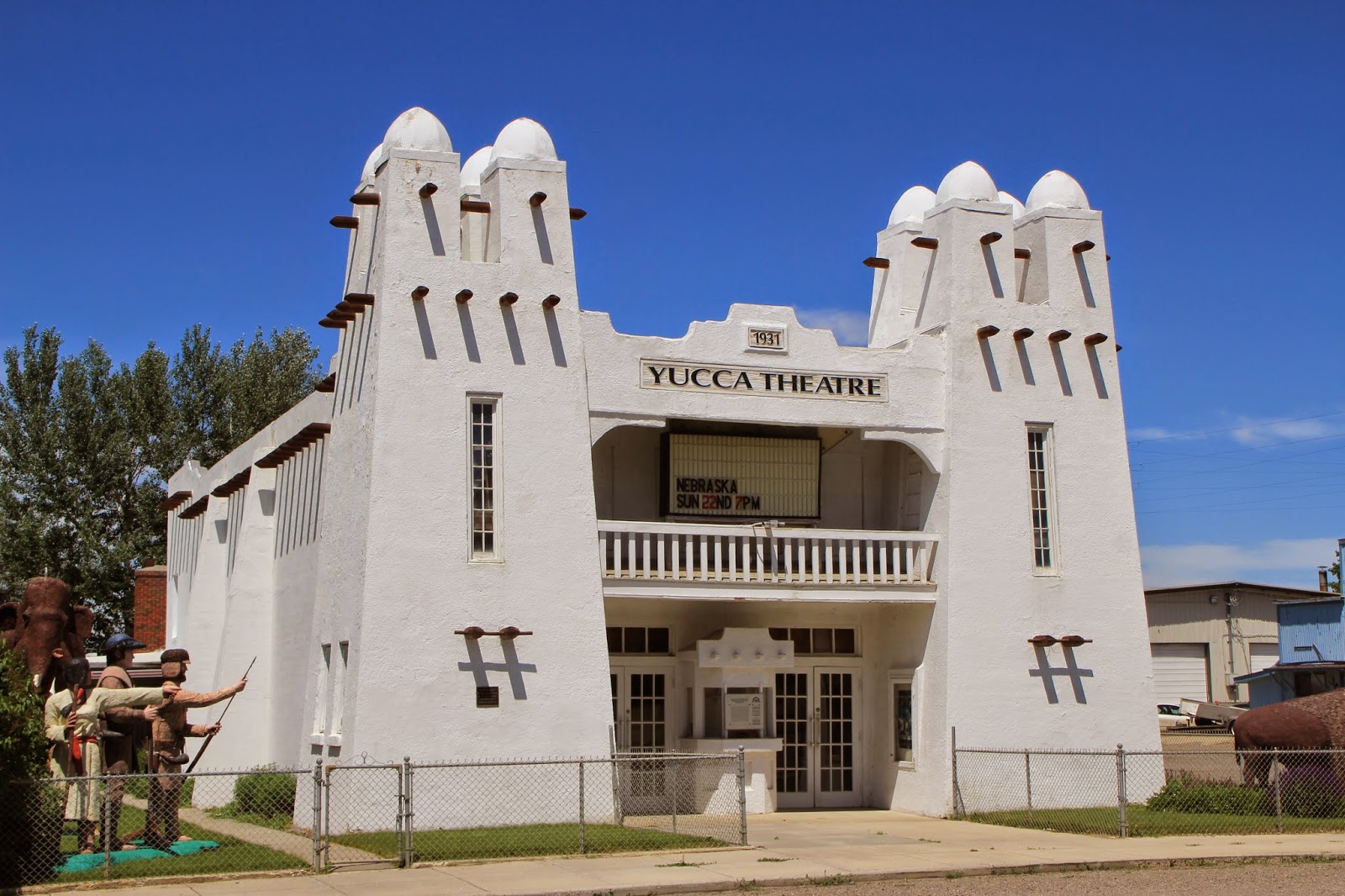 Built in 1931 by Jim and David Manning (and placed on the National Register of Historic Places in 1994) the Yucca Theatre was in operation until the mid 1950's. The community still uses it today, however - they have a dvd projector that they now show movies with.

Lucky for me, the town's historical society had keys to the place, and were kind enough to show me around the building. From the lobby:


Looking out from the stage: 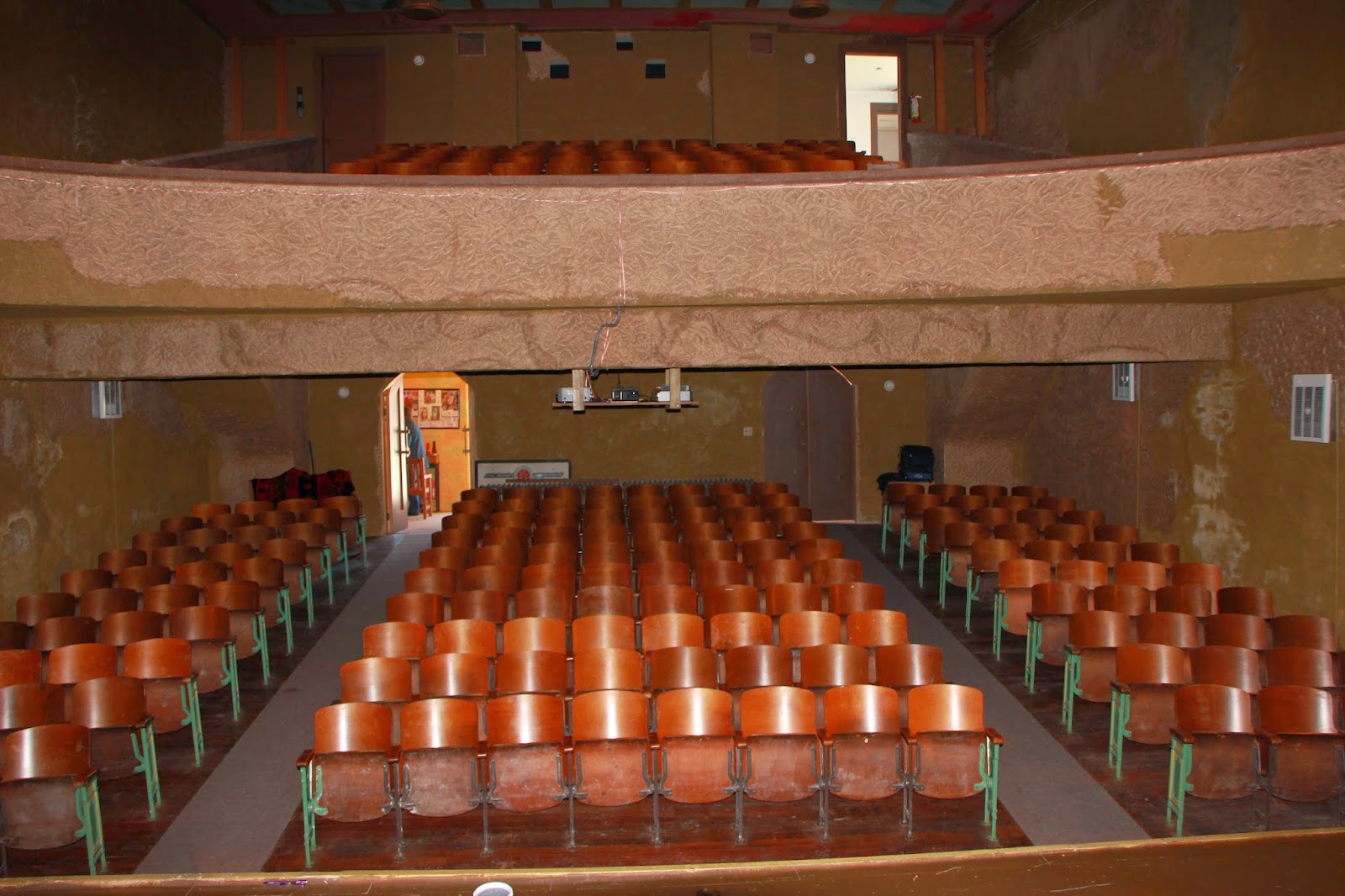 The woman who showed me around used to attend this theater when she was a kid, and said that she and other kids, if sitting on the sides, would sometimes peel the plaster off the walls.

Detail of the seats: 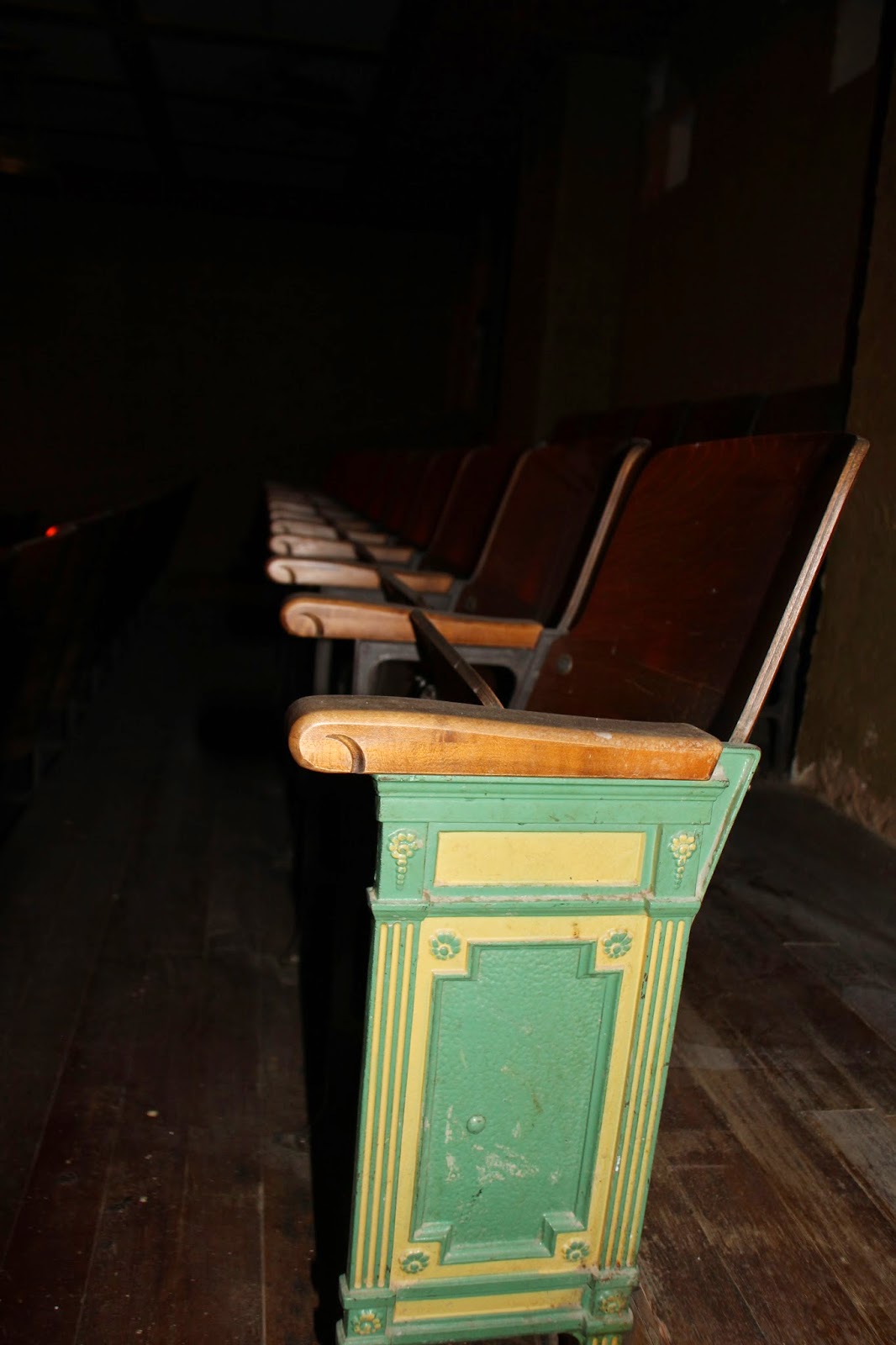 The projection room (what's left of it, anyway!): 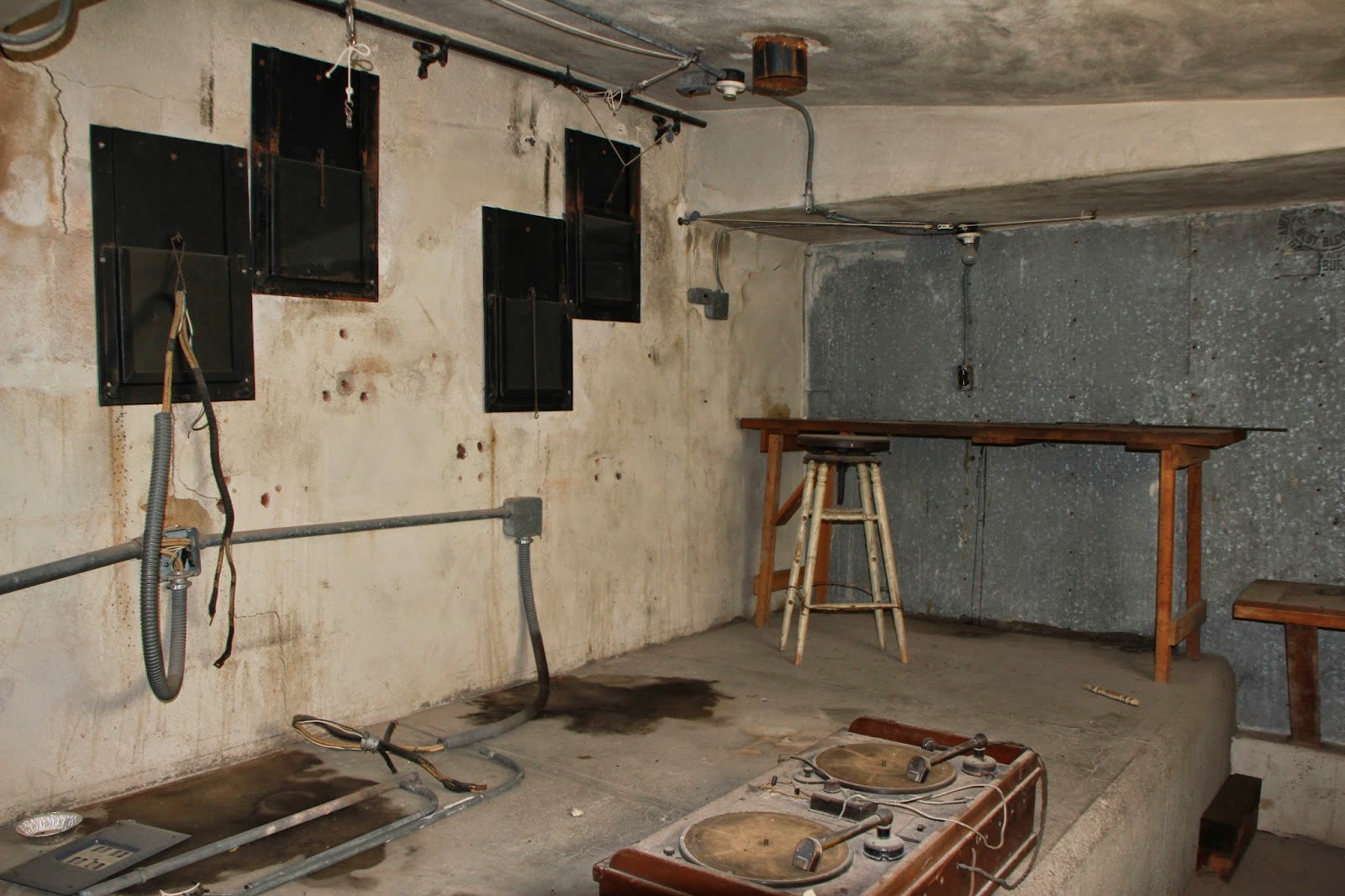 Steps leading up to the balcony: 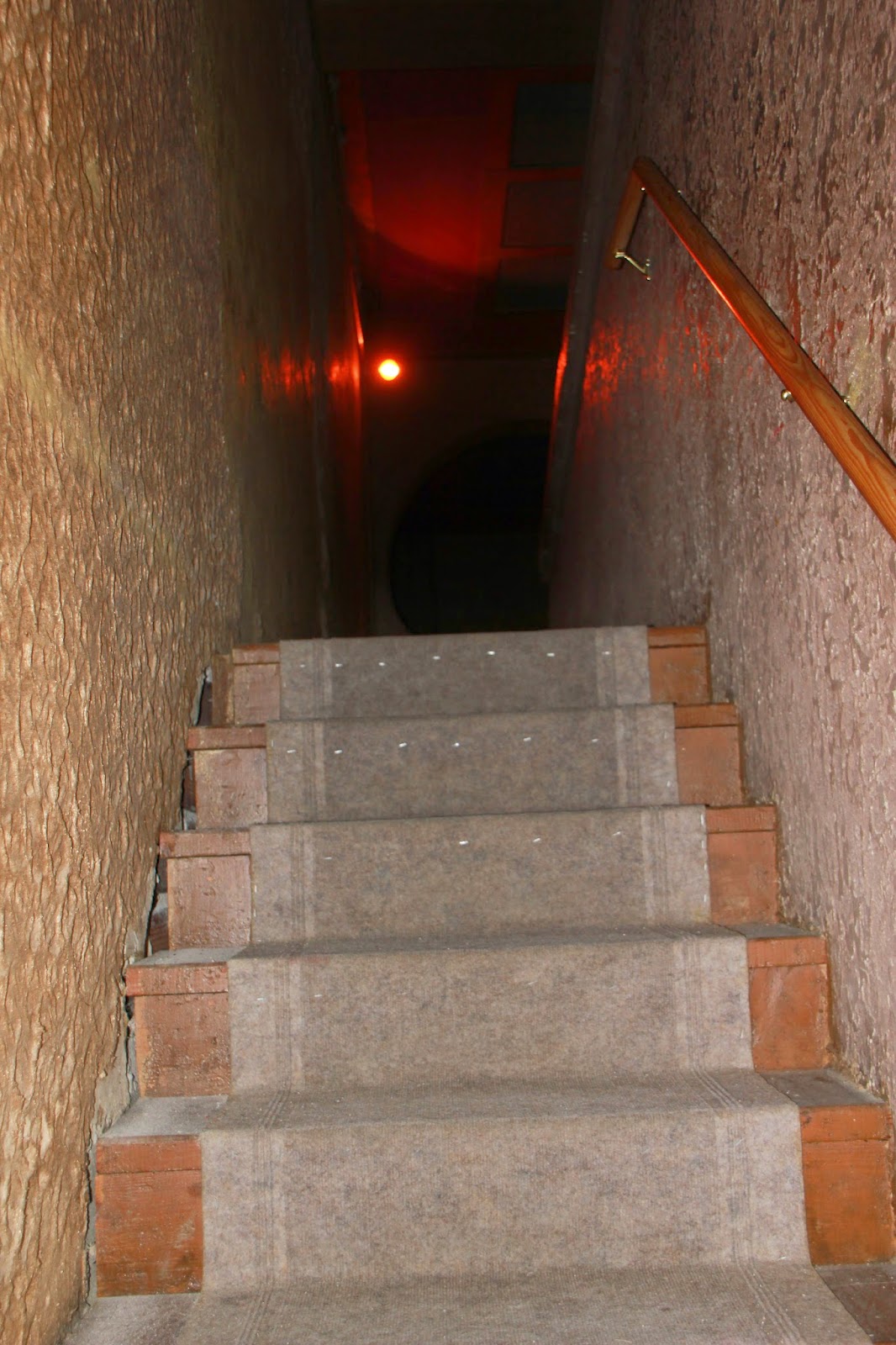 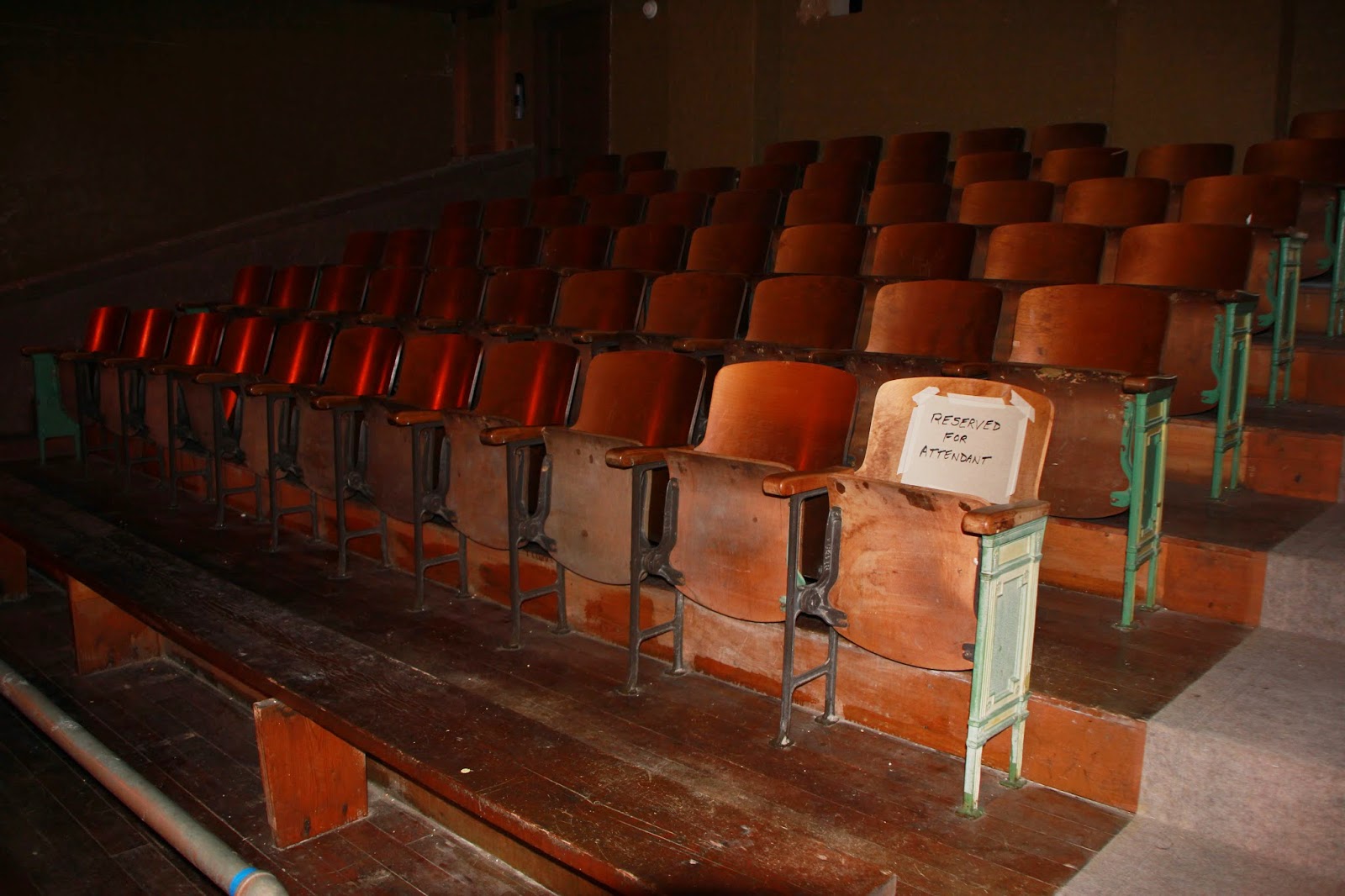 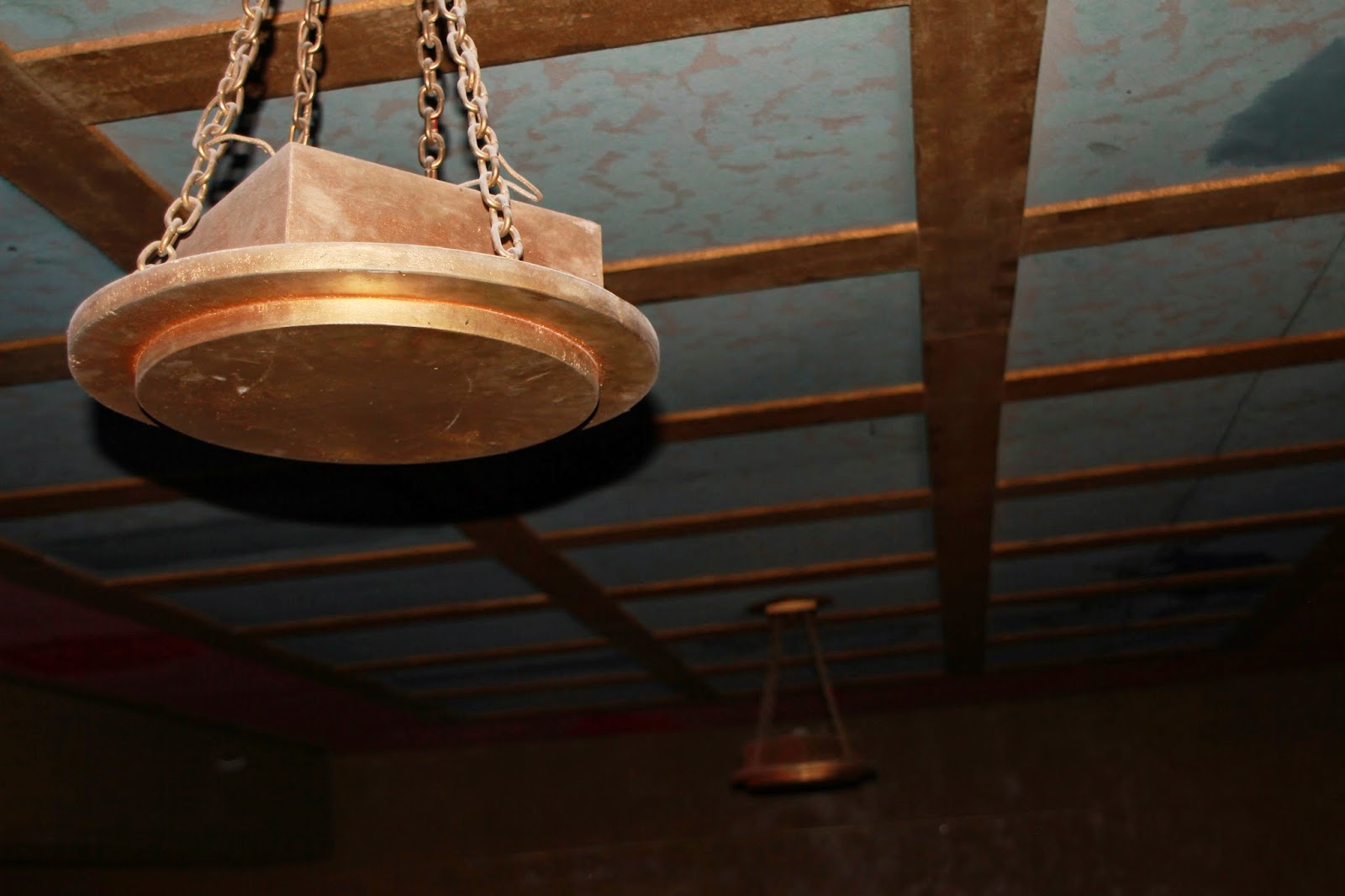 Another cool thing about this theater is that there are doors on each side of the movie screen. When you go through them, you step inside what used to be David Manning's house. Once you're through the doors and they shut behind you, you don't feel like you're in a theater at all - it seems like you're in a nice residential home. The historical society maintains this, and has turned it into a museum. David Manning  and his family lived there while he served 53 years in the Montana House and Senate - longer than anyone else by the time he retired. 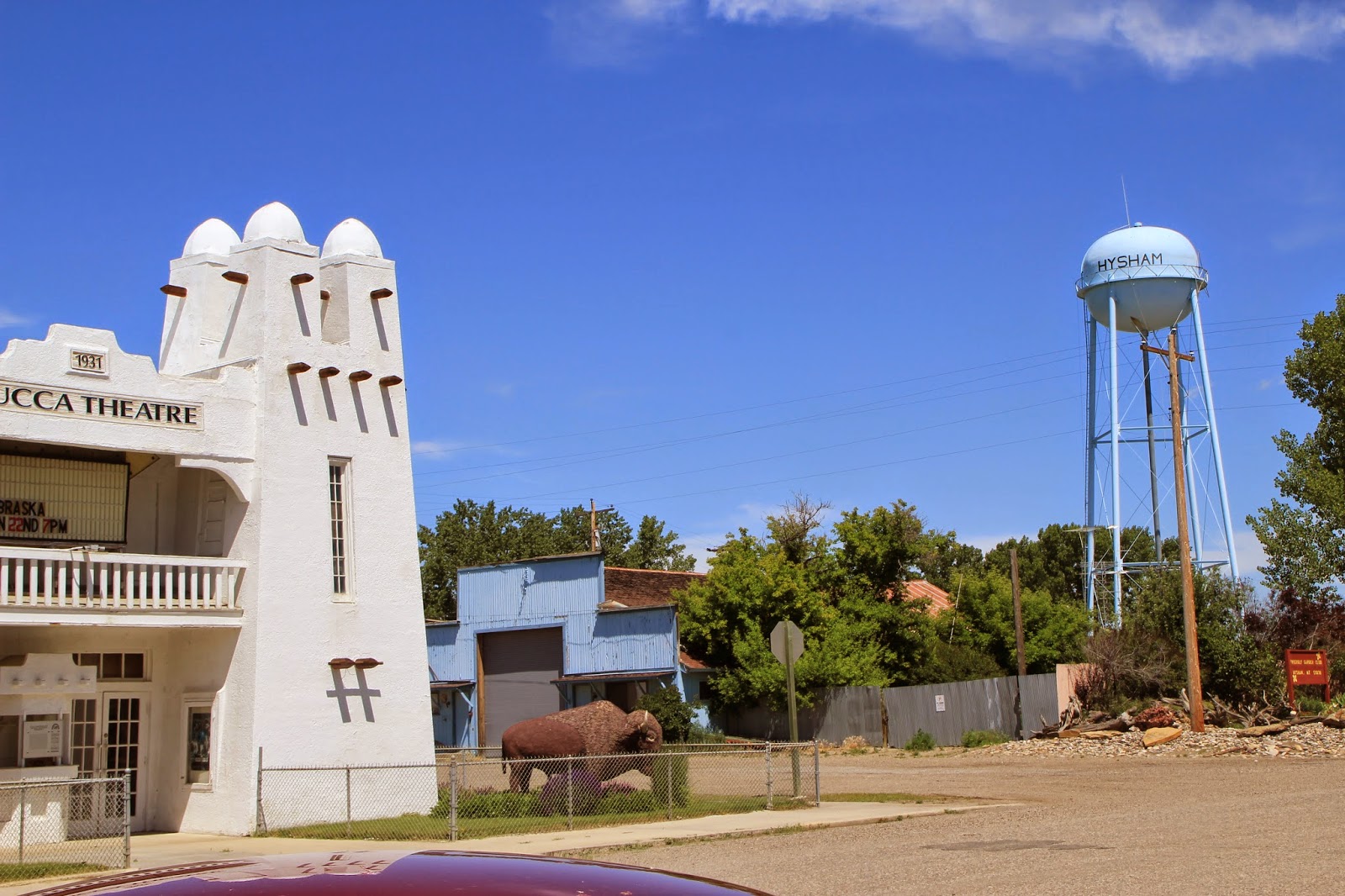 If you're in the area, check out the historical society and ask to get a tour of the theater - it's pretty cool!