So - day 8 of the 2014 Author Tour - Paige and I headed to Jackson, Wyoming. On the way there, we stopped at Teton Village to take the tram up to the top of Rendezvous Mountain in the Grand Tetons. I'd done it before when I used to work in Yellowstone, but Paige had never been on it. It's about a 12-minute ride that rises over 4,000-ft (vertical feet, no less) and offers great views. The ride itself is smooth, and the views...spectacular. You can occasionally see wildlife on the mountainside below, though we didn't see any this time around.

The picture below is a view of Corbet's Couloir. People - crazy, insane friggin' people - actually ski and snowboard off that thing. If you want to see some video of people doing it, go here.
Of course pictures don''t do the place justice. You can see for miles.


Though Rendezvous Mountain is famous for its skiing, it also has great hiking opportunities in the summer. When I was younger and in much better shape, I took the tram to the top and hiked the Granite Canyon trail down. It's about twelve miles of winding through the mountains down, down, down. It was exhausting, but the scenery, the wildflowers...it was a thrill. The day after, however - not so much a thrill. My ankles were in some serious pain. When Paige and I were there, there was too much snow to take that trail (not that we were planning on it anyway) but the picture below is the start of it. 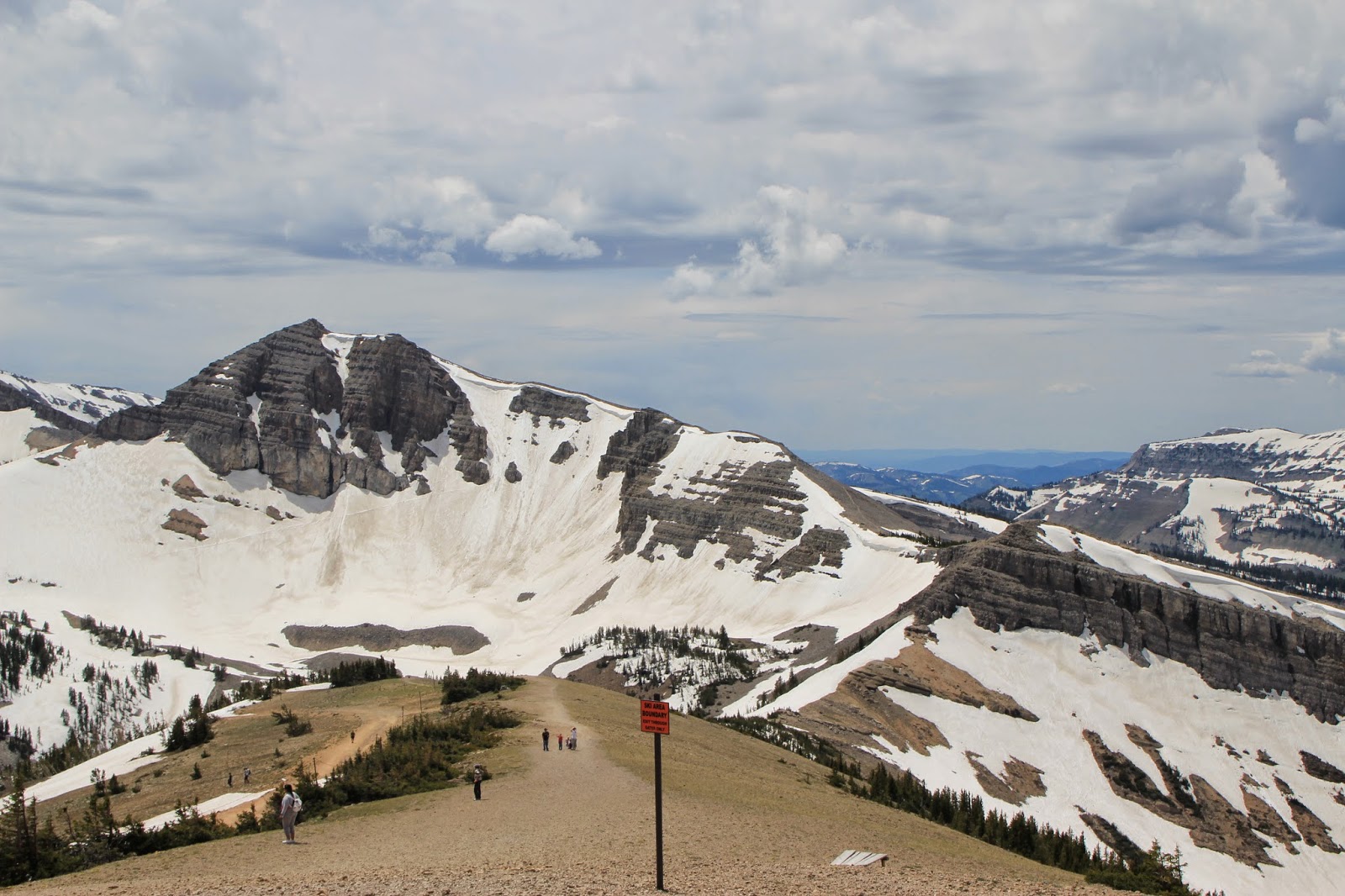 The elevation at the top is around 10,000-feet, so it was surprising to find a lonely butterfly up there. Paige took this nice picture: 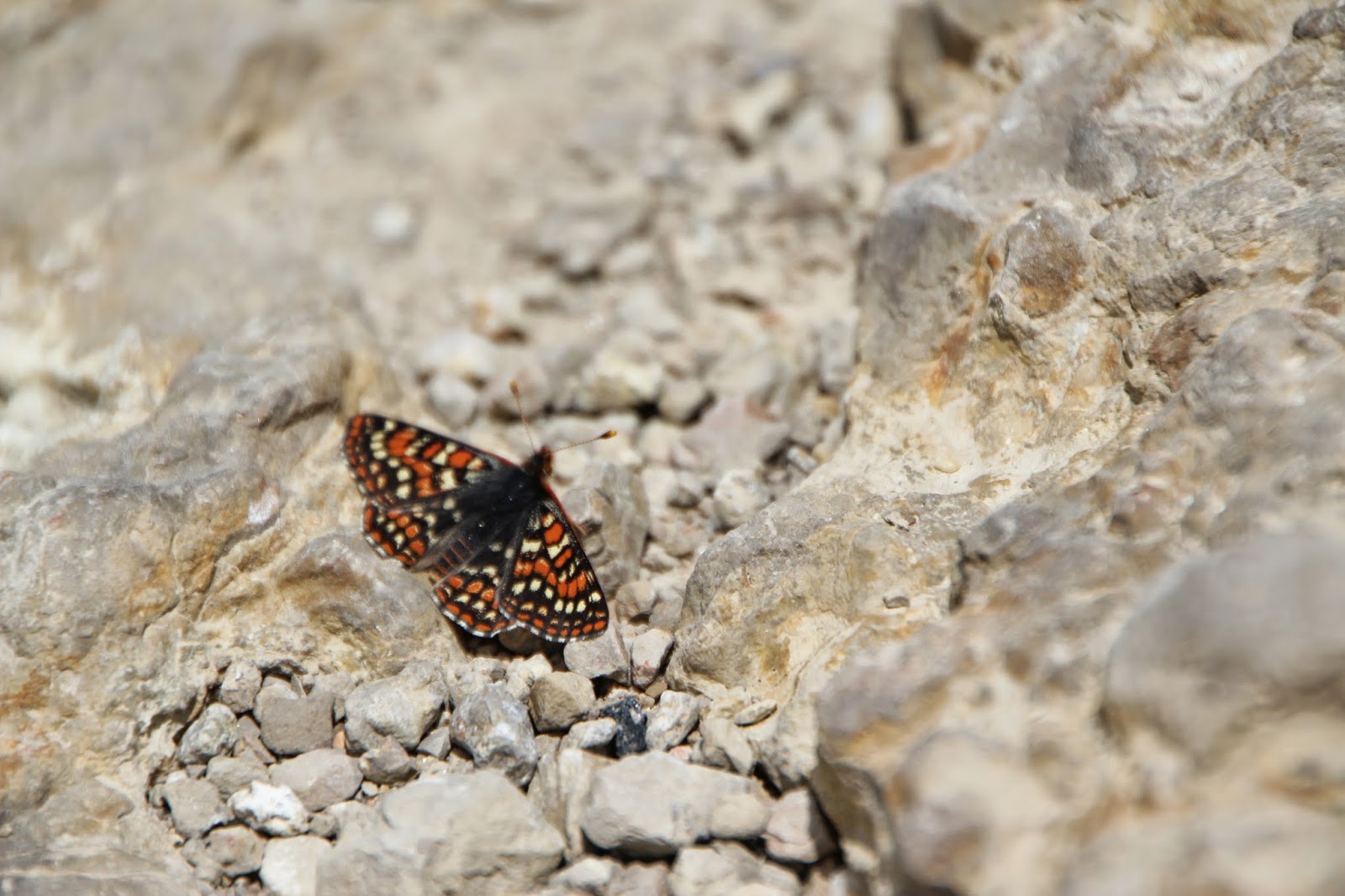 So you're at the top of Rendezvous Mountain in the Tetons with all these spectacular views around you, and then there are...waffles. Yep. Waffles. There's a little restaurant at the top called Corbet's Cabin that serves waffles. But...these aren't just ordinary waffles. They're waffles folded over into a sandwich with a few options to put in the middle. There's the Nutella option, the strawberry preserves option, or - the one Paige and I tried - the melted butter and brown sugar option. We loved it! Holy crap, was that tasty.
You can also get stuff to drink there...beer, soda, water...plus other assorted snacks. But seriously, bring your own water. They charge $3.50 for a bottle of the stuff.

The tram ride up is a bit pricey, too, but if you get tickets online, you get a five-dollar discount. Also, they're good for the whole day (if I remember correctly). In my opinion, it's totally worth it. A great way to see the Tetons and surrounding valley.