My newest story. This one features the same two main characters that first appeared in my story Leave No Wake which was originally published in the Minnesota Crimewave's Resort To Murder anthology.

I got the idea while driving highway 191 between West Yellowstone and Bozeman through the Gallatin Canyon. There are so many white crosses there to indicate where someone died in a car accident. I tried counting them one time, and lost track at some point after fifty. This stuck in my mind for a long time, and finally a grain of an idea started to form. It really started coming together once I decided to use the Dick Varney and Noah Johnson characters from Leave No Wake. 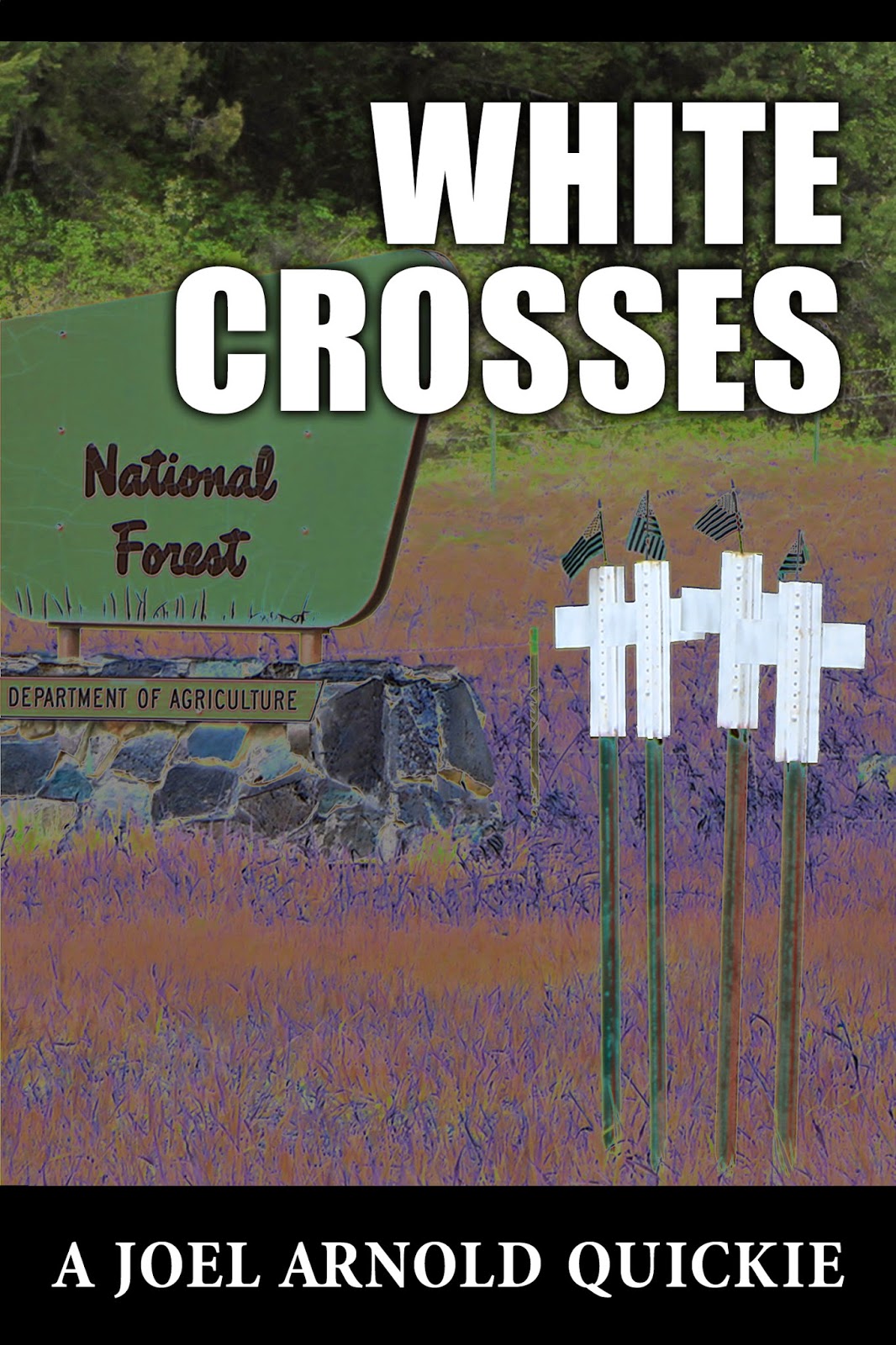 Here's a little about it:


Mr. Varney and Mr. Johnson are on vacation out west, travelling in an old school bus they’ve converted into an RV. When thirteen-year old Kelly befriends them at a campground in Gallatin Canyon, they suspect that her guardian is up to no good. Is she the unwitting victim of a kidnapping? Or is something more sinister going on?

As Varney tries to make peace with a tragedy that happened years before, he and Johnson try to decide just how involved they should get in the suspicious circumstances that surround their new young friend.
The characters of Joel Arnold’s short mystery Leave No Wake are back for another adventure in this latest mystery short, White Crosses.

Available for the Kindle,

the Nook, and other ereaders.