This summer my family went to the Wisconsin Dells. The Dells, in case you don't know, is full of water parks, go-cart tracks, water-ski shows, fudge shops and interesting museums - basically a bombardment of kitsch. But a fun kind-of kitsch.

One of the places I checked out (sans wife and kids) was the Museum of Historic Torture Devices (or the TORTURE MUSEUM, as the sign says out front).

It's not huge, but big enough, and the cost of admission is reasonable. They even have group rates, so if you want to take your local scout troop there...

There are informative and illustrated placards above the items to show how they were used, most also accompanied by a Spanish translation. (Nobody expects the Spanish Translation!)

The device below, called a Judas cradle, is used by lowering a suspended victim's butt onto the pyramid, using the weight of the body to inflict pain and damage. Probably not the kind of 'pyramid power' they'd hoped for. 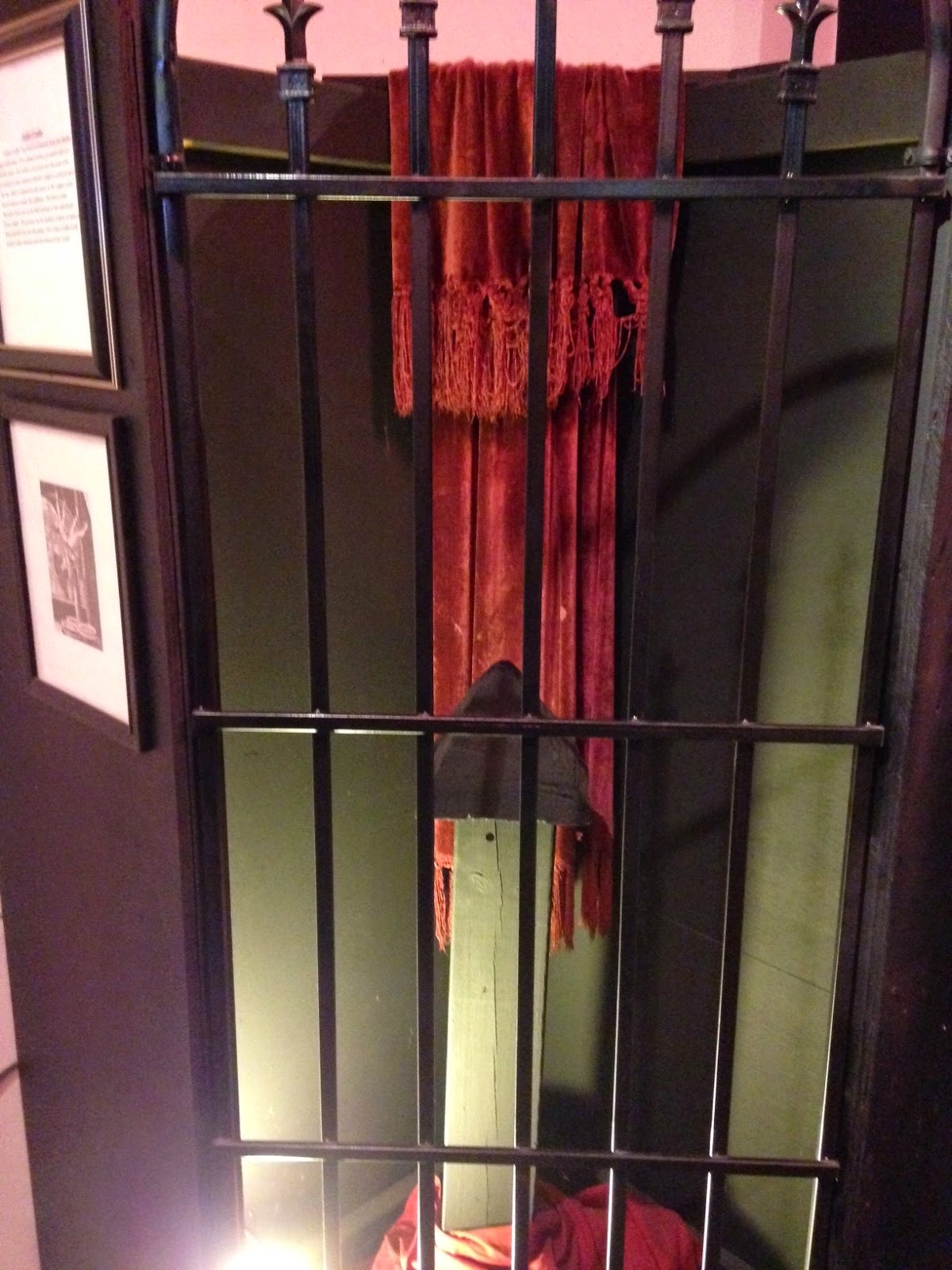 As I strolled through the museum, a feeling of nausea crept over me. The museum is well done, very informative, and certainly worth going to, but around every corner was another reminder of the cruelty of our species.

Also, it's hard to ignore the number of devices intended chiefly for women - like the various 'scold's bridles' pictured below. The bridle wasn't a punishment for murder or adultery or burglary; it was used for over-talkative women. Too bossy? Gossiping too much? Here, put this over your head, dear... 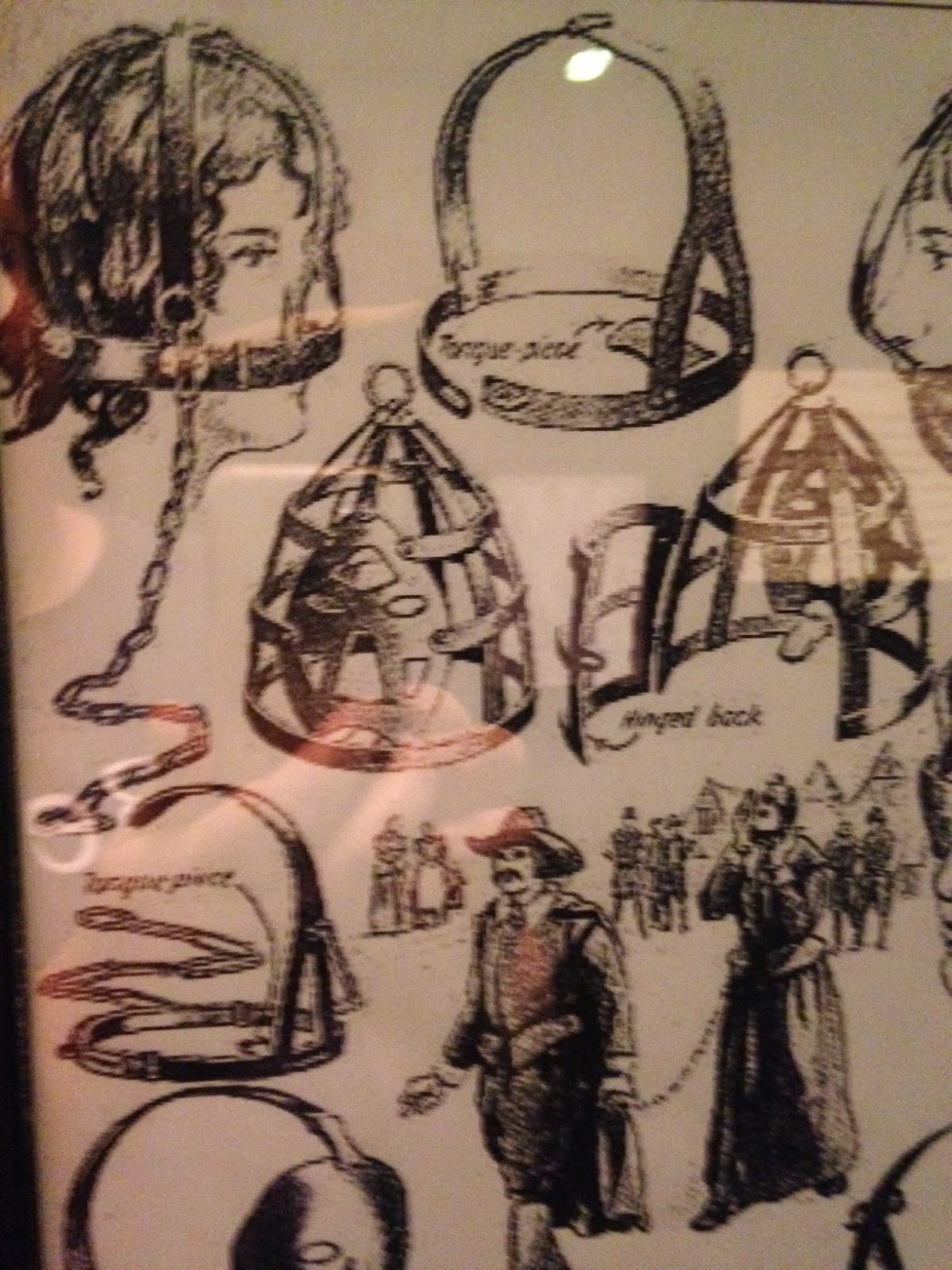 Below is a brindle. Another device to punish women. The head went in the large hole and a hand went through each of the smaller holes. You realize as you walk through the museum just what a load of dehumanizing shit women have had to put up with over the centuries. 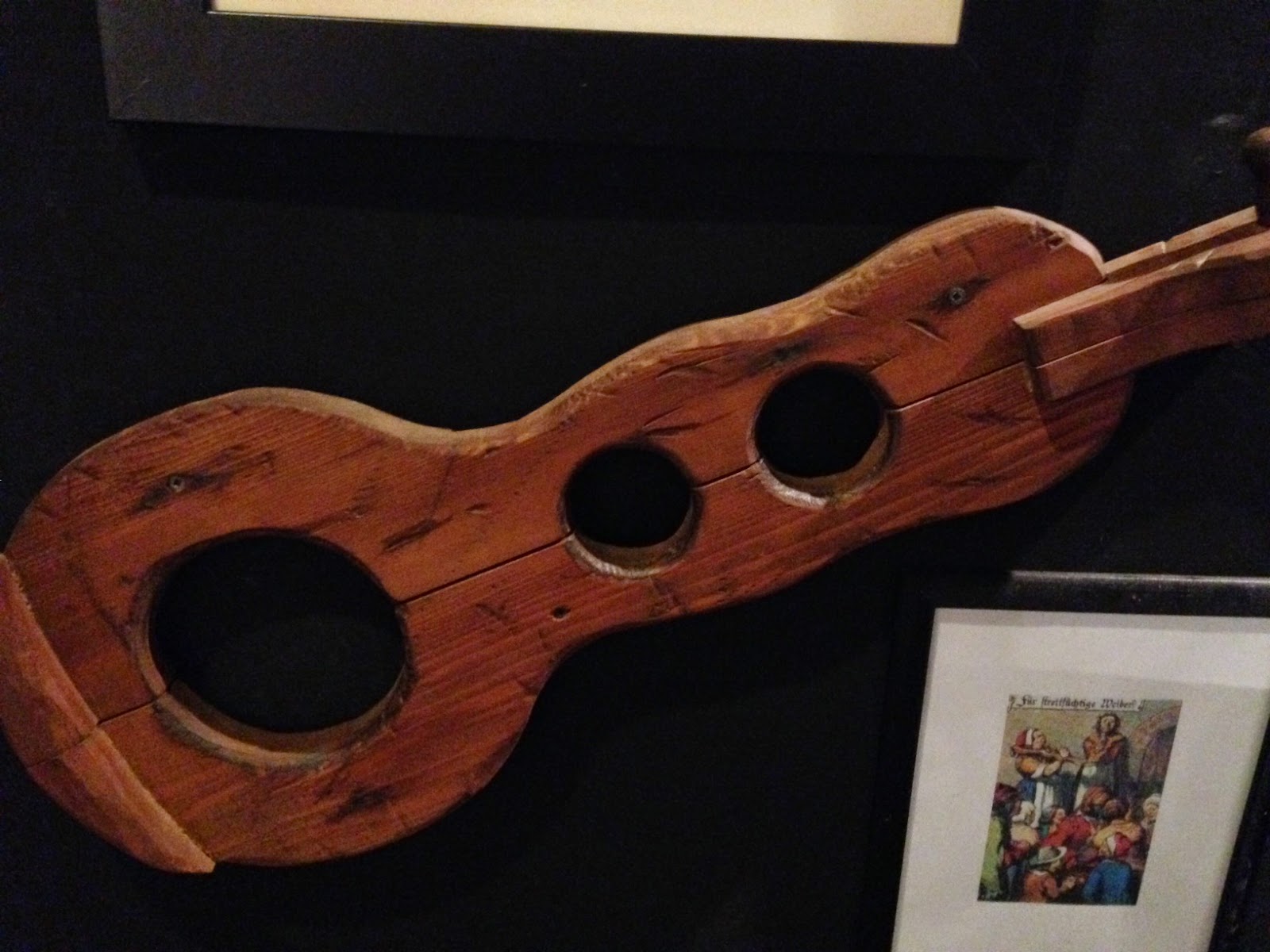 There were a lot of other items on display. A torture rack, a cucking chair, various nasty looking whips, iron gags, crucifixion nails, an electric chair, thumbscrews, reruns of the Teletubbies...

There's also a display on John Wayne Gacy. Below is one of his paintings.


Like I said, humans can be a cruel species. I'm just glad this torture stuff is all in the distant past.