So who were the Keepers of the Scrapbook? Whose journey is it that we're about to follow?

Luckily the scrapbook has some clues.

The first page of the scrapbook shows two old postcards: 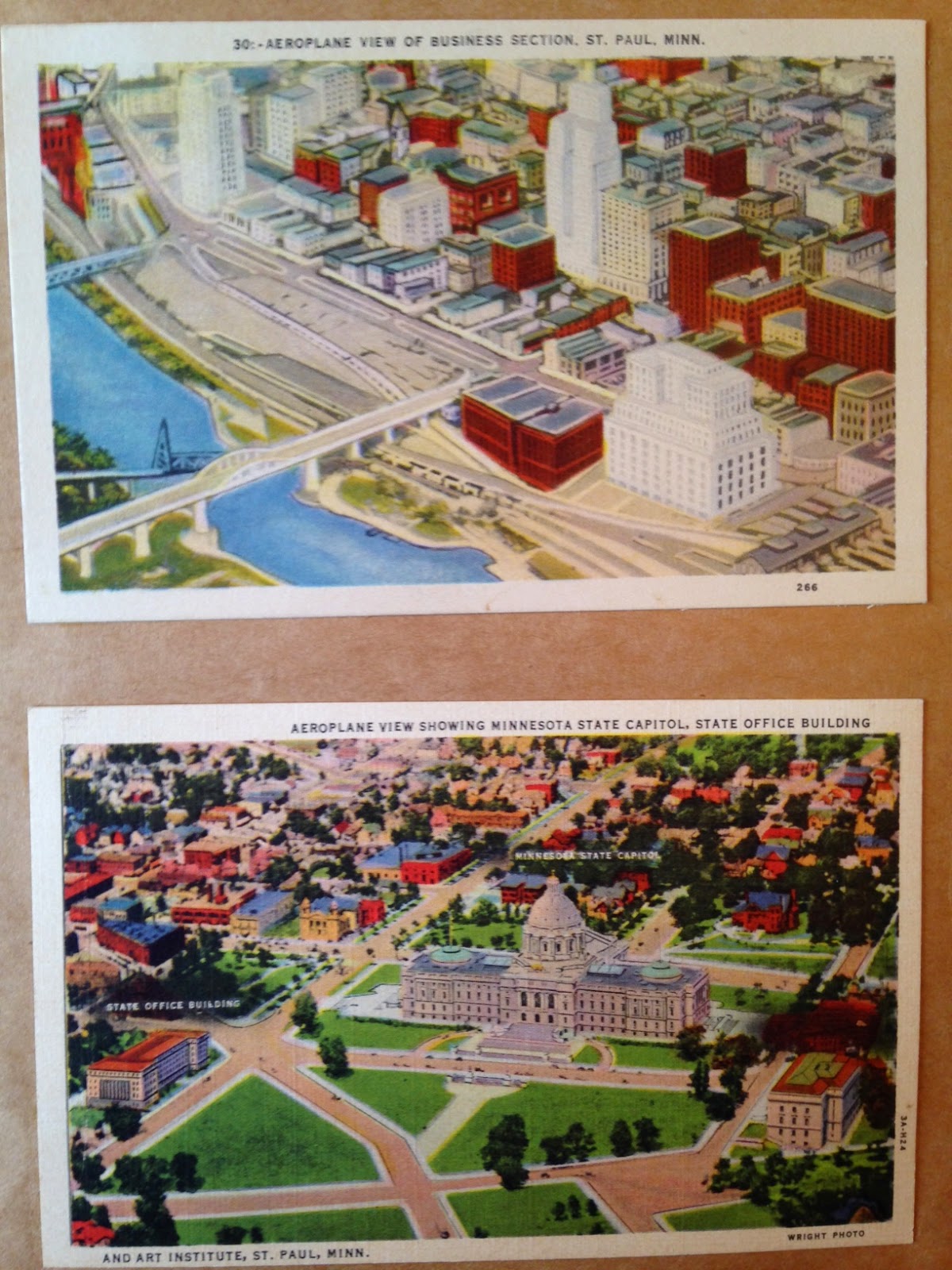 The top one is titled Aeroplane View of Business Secton, St. Paul, Minn, and the bottom one Aeroplane View Showing Minnesota State Capitol, State Office Building. By itself, that page doesn't necessarily tell me that they're from St. Paul, but I was able to infer it from the map of their trip - the start and end point being St. Paul - and the fact that I found the family listed in St. Paul in the 1940's census. (I'll get to that in a minute).

Flip the above page over, and we're greeted by a magazine cut-out of a LaSalle: 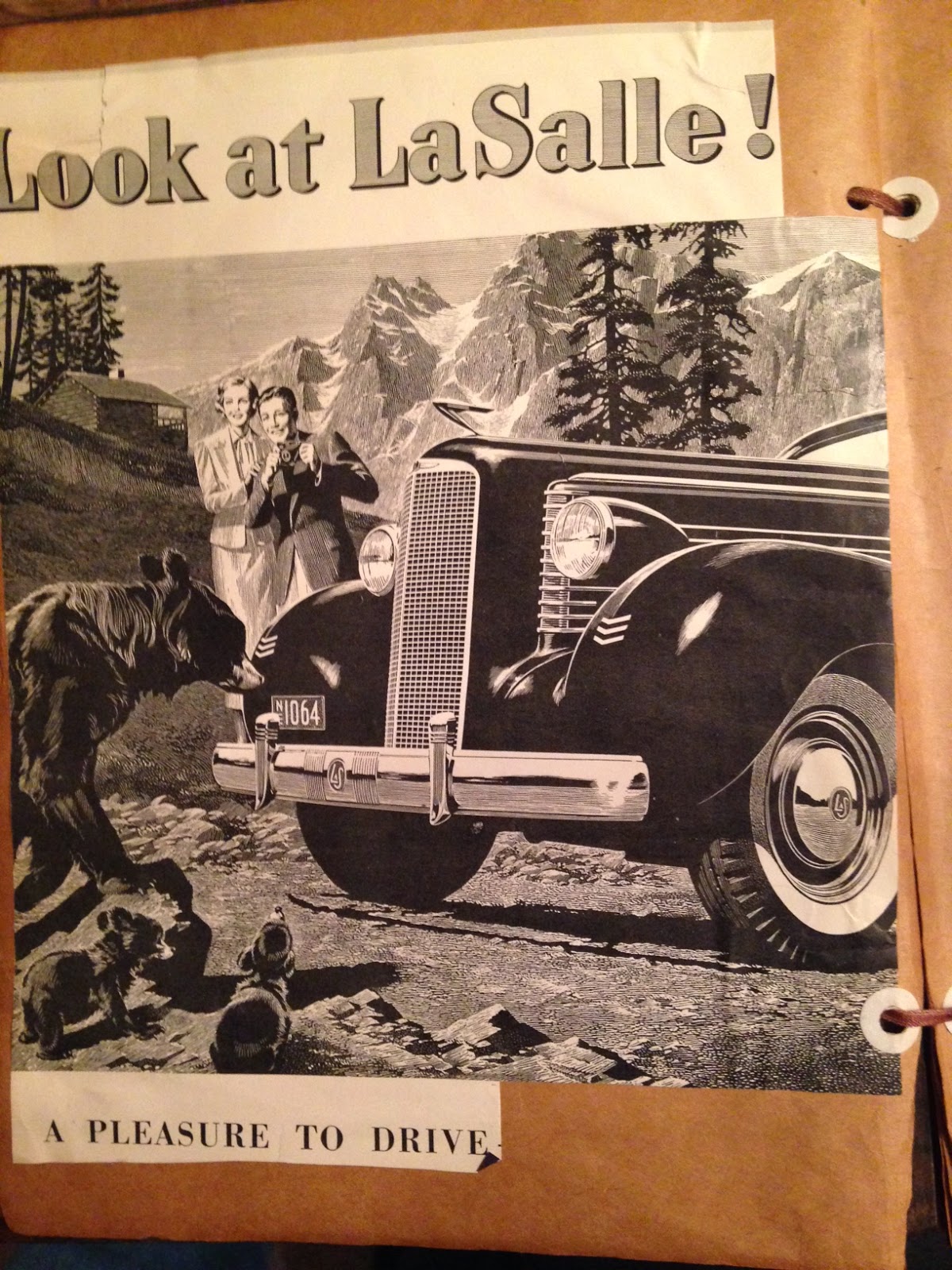 I'm guessing that this was their mode of transportation. I don't know what year model they drove, but since the trip was in the summer of 1937, I'm guessing it was a mid-30's model. Here's a LaSalle touring sedan featured in a 1935 advertisement I found online: 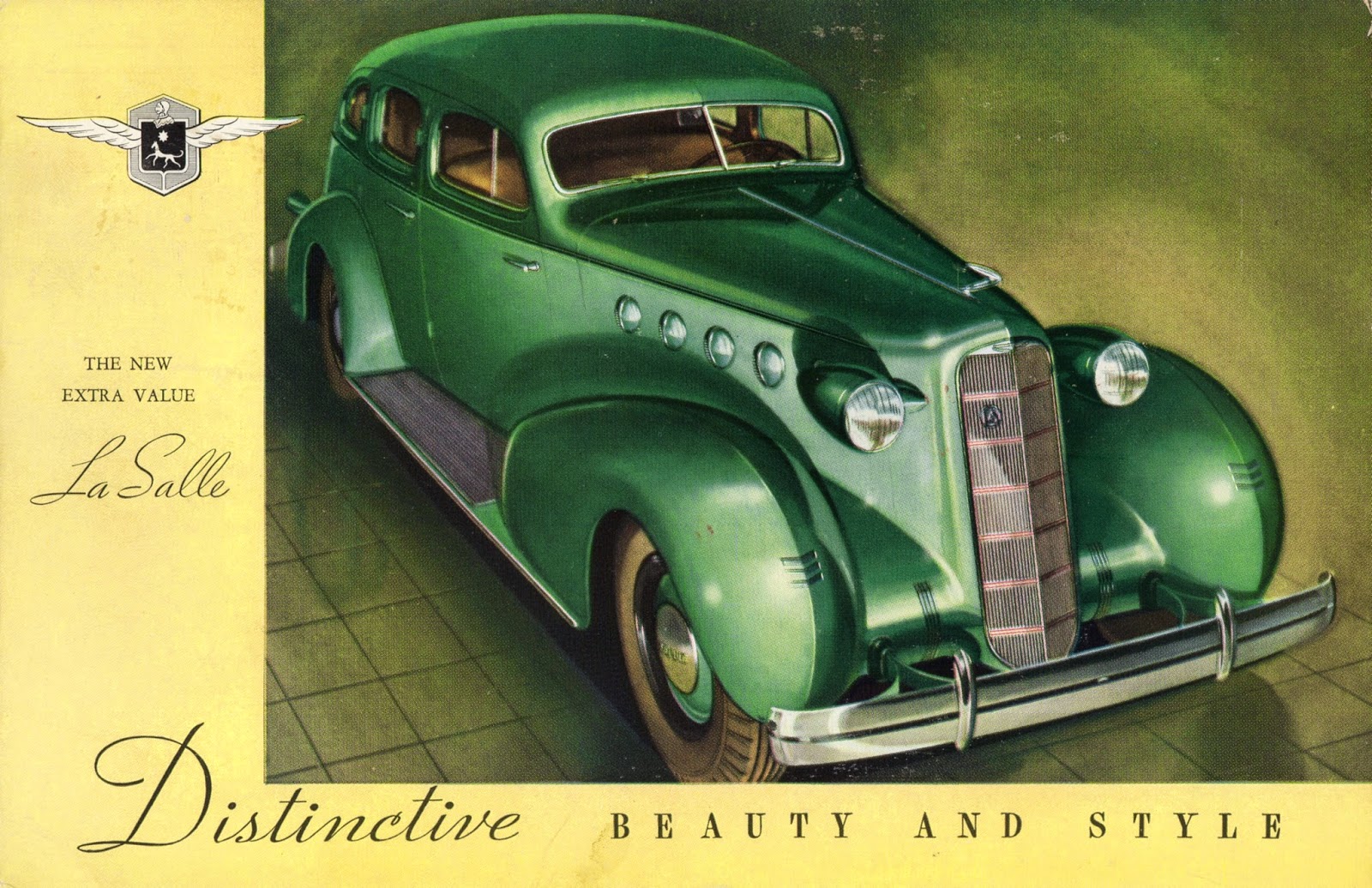 Maybe theirs was black or grey. Maybe it was the green of above. It's impossible to know, but you get the general idea.

The next page of the scrapbook is where we find the names: 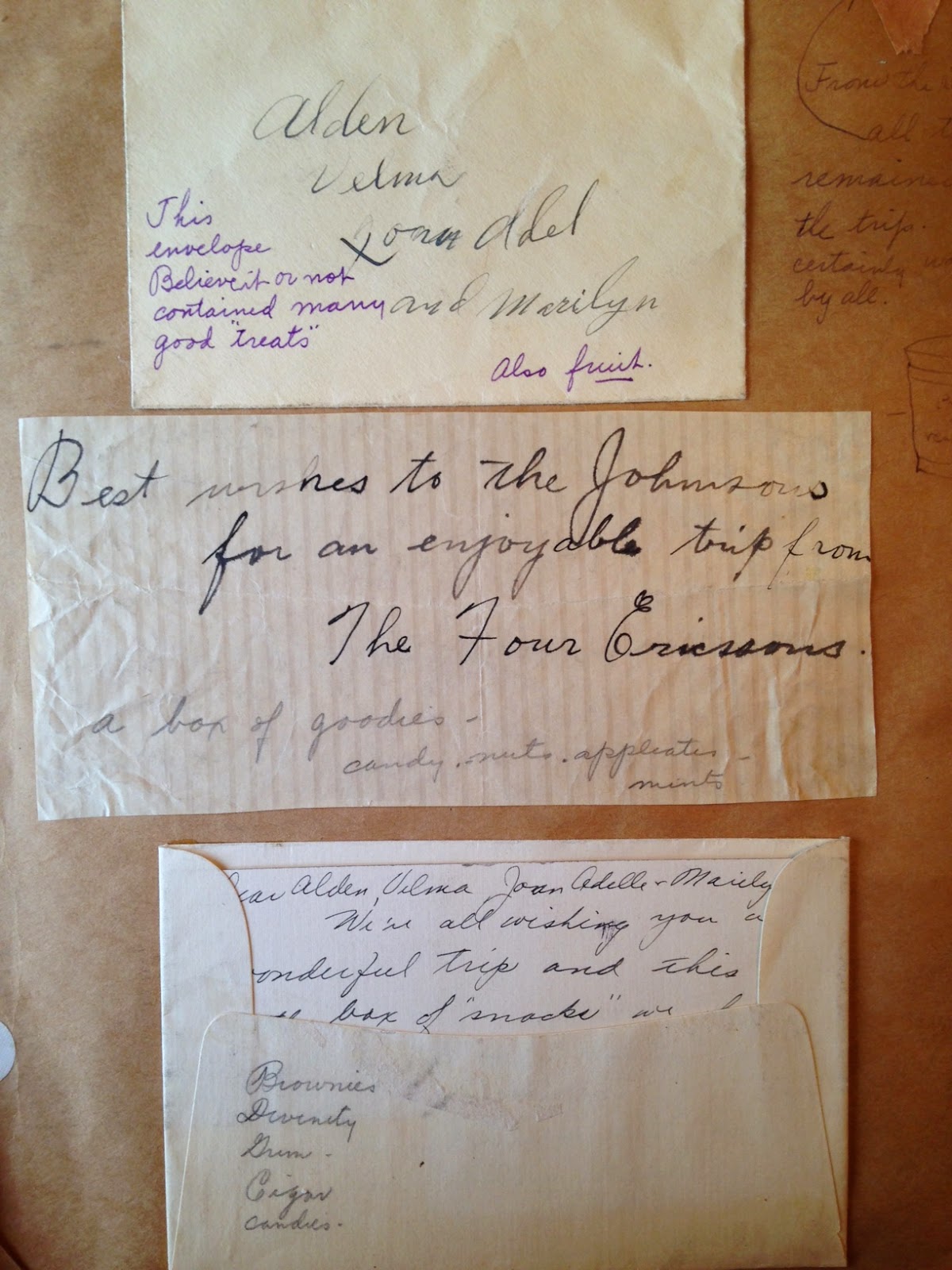 The above were taken from care packages sent to them before they left. The top one is addressed to "Alden, Velma, Joan Adel and Marilyn." Someone - perhaps the scrapbooker - added to it "This envelope believe it or not contained many good 'treats' - also fruit."

The middle card is where we find the surname. "Best wishes to the Johnsons for an enjoyable trip from the Four Ericssons." The scrapbooker scribbled on the bottom, "a box of goodies - candy, nuts, apple, etc. - mints.'

On the bottom is an envelope containing a card which reads, "Dear Alden, Velma, Joan Adelle & Marilyn - We're all wishing you a wonderful trip and this little box of 'snacks' we hope will make the miles go faster. Our prayers will go with you and here's wishing you one delightful time! Love, Straty, Alph & James." Written on the envelope is a list of the 'snacks': Brownies, Divinity, Drum (or gum? hard to read. Drum is a type of tobacco, so that could be part of the reason they put the word snacks in quotes) Cigar, Candies.

As you can imagine, there are a lot of Johnsons out there. Luckily, their first names aren't all that usual. I googled "Velma Johnson" + Alden, and one of the first things to pop up were the results of the 1940 census.

Taking their ages from the census and subtracting three years we have their ages at the time of their trip:

So that is our crew, the one whose journey we will follow:


One thing to remember; the year was 1937, and the United States was still clawing its way up from the grips of the Great Depression. So how did this family of four afford such a long road trip? Clues are found in that same census, and that's what I'll talk about in the next entry.