Keeping Up with the Johnsons

1937 - It was the year the Hindenburg exploded, the year Amelia Earhart disappeared, the year Daffy Duck was introduced to the world. Dupont patented Nylon. Frank Zwicky added the word 'supernova' to our lexicon. Margaret Mitchell won the Pulitzer Prize for Gone with the Wind. The Golden Gate Bridge opened to traffic, Hitler busily plotted war. The Hobbit was first published. And my mom and dad were born.

And what about our road-trippers, the Johnsons?

You can learn quite a bit from a census.

According to the 1940 US Federal Census, the Johnson family was fairly well-off for the time. Head of the household Alden was President of Midwest Farmers Inc. located in the Exchange Building in South St. Paul.


Alden Johnson's wages are listed at $5,000/year, although I don't think they showed any salaries higher than that (meaning if someone made $10,000/year, it would still show on the census as $5,000/year). In comparison, some others listed on the same census page:

Here's a modern view of the house, care of Google Street View: 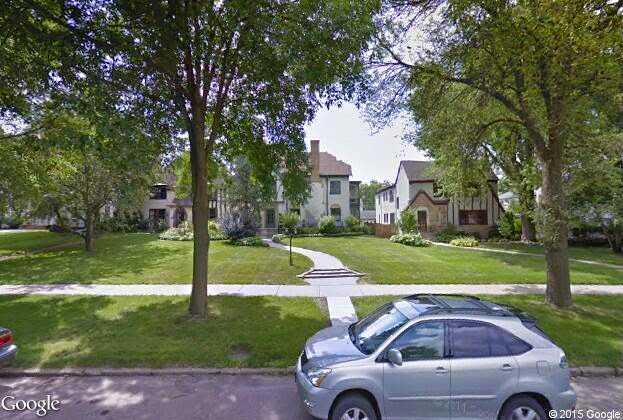 So it looks like the Johnsons were doing quite well at the time, and well-equipped to take their round-trip journey in 1937.

So that's a little background on the Johnsons, and the times they lived in. We'll get back to the scrapbook itself in Part 4.

To end this entry, here's the top song of 1937, Benny Goodman's version of the Louis Prima song, Sing, Sing, Sing: