Here's a photo of the Johnsons from the scrapbook. The image below is part of an 8x10 glossy photo taken in Yosemite on July 6th, 1937. Though we haven't gotten that far on the trip, yet, I thought it would be nice to show you what they look like:

Okay, now let's get on the road! The Johnson family hop in their 1930s LaSalle, packed with luggage and the care packages sent by friends. Alden and Velma sit in the front, sisters Joan and Marilyn in the back. It's the last half of June.

They travel from St. Paul southwest following the Minnesota River along what it now basically highway 169. They caught US Route 14 near Mankato, drove west through the towns of New Ulm, Sleepy Eye, Springfield, then took a turn south on US Route 71, heading into Iowa.

The first point of interest noted in the scrapbook is the Iowa Great Lakes region, just south of the Iowa/Minnesota border. It was, and still is, a fairy popular summer tourist destination with Lake Okoboji lined with resorts and activities. The adjacent town of Spirit Lake is also infamous for the Spirit Lake Massacre of 1857. 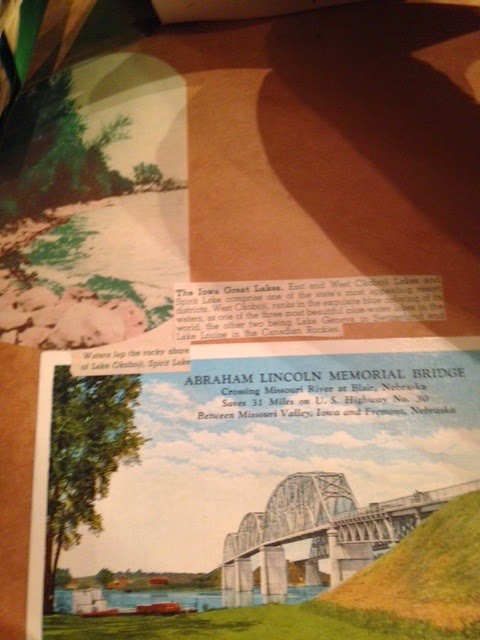 Did the Johnsons stop there on their way? Did they take a lunch break? Hard to say, but after getting back onto 71, they traveled south until hooking up with the historic Lincoln Highway - US Route 30 - at the town of Carroll, Iowa, then traveled west, crossing the Iowa/Nebraska border via the Abraham Lincoln Memorial Bridge, pictured in the above postcard. (It's also known as the Blair Bridge).

Although the above picture was taken in 1986, I'm sure it looked much the same to the Johnsons as they crossed over it into Nebraska. I wonder if they felt a bone rattling rumble as the tires of their LaSalle rolled over that surface.

I'm not sure if they stayed overnight between St. Paul and Grand Island, Nebraska. It would be about a 9 - 10 hour drive if everything went smoothly to Grand Island, which is their first mention of lodging in the scrapbook. Perhaps they broke up that haul in two, but the next page of the scrapbook shows the information for Shady Bend, a combination gas/food/lodging business. 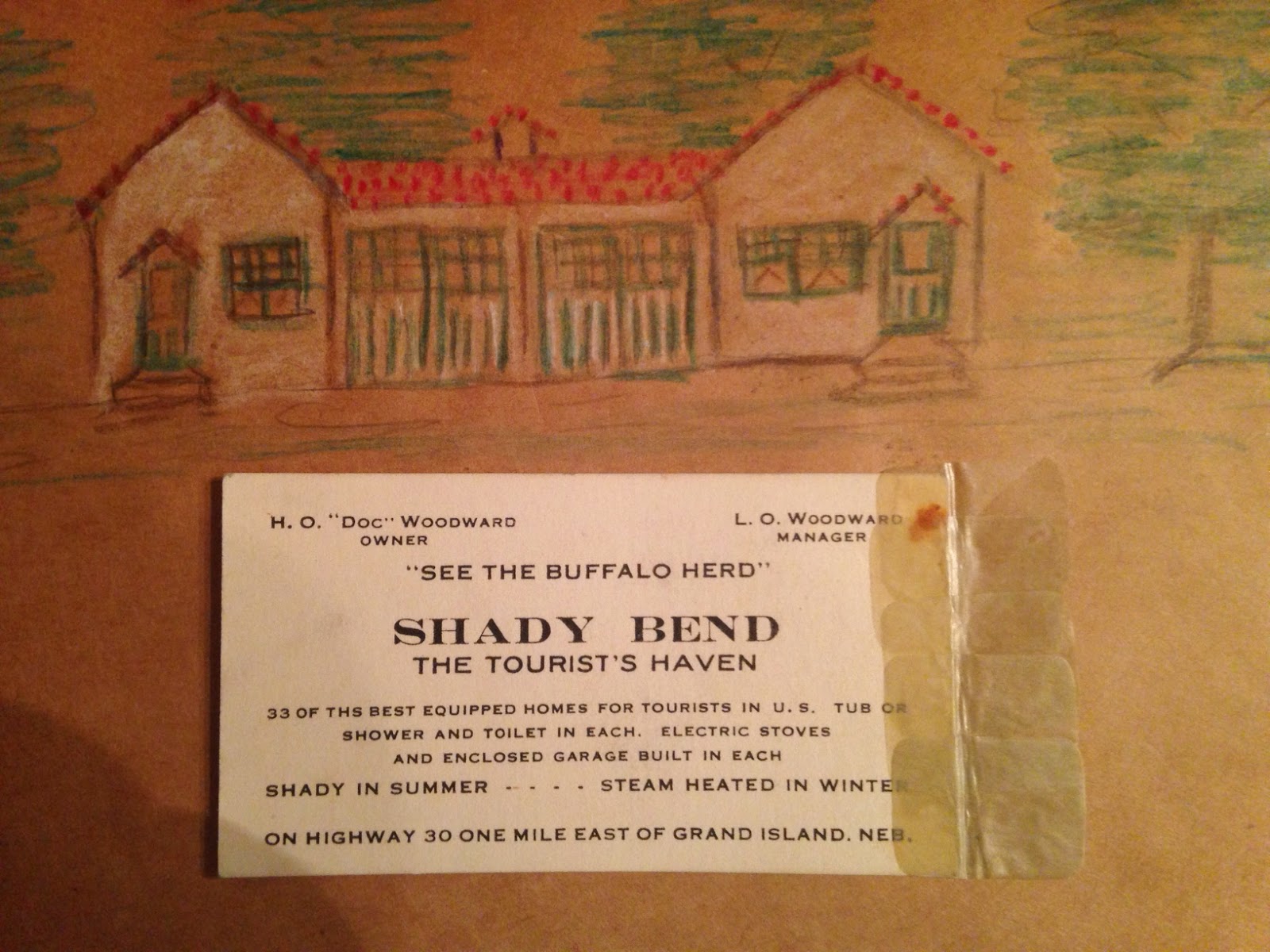 I love the above page of the scrapbook, because now a little personality is coming out. Someone took the time to draw one of the Shady Bend cabins (or more likely two connected cabins, by the looks of it.)  I found the below image of another business card of Shady Bend on the web. Compare the photo on it to the above drawing. 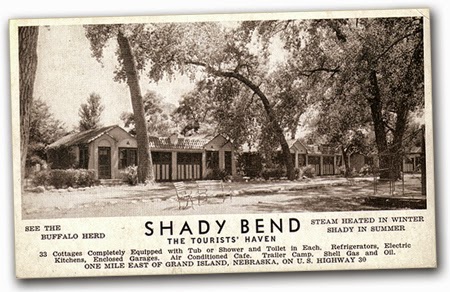 Also, they feature a buffalo herd!

I found a 2011 article about the Shady Bend here, about 'Doc' Woodward's grandson opening the one remaining building up into a restaurant. The place seems to be closed now, however.

I wish the Johnson family sweet dreams as they drift off in a Shady Bend cabin on this perhaps first night of their journey. Soon, they will be heading into Colorado, up into the mountains and points further west.

Until then, good night, sleep tight, and don't let the buffalo bite.