"Do you want to go on a trip?" a rep from Broadsided Press asked me.

She showed me a chart filled with names of different destinations. I chose "Spookyville."

She fit a pair of headphones over my ears and handed me a View-Master.

As I looked at the poems against spooky backgrounds inside, ambient, yet eerie music played in the headset.

When I was done, the rep asked, "How was your trip?"


At the AWP (Association of Writers and Writing Programs) 2015 Conference's massive bookfair, with over 700 literary journals, publishers, MFA programs and other various writing-related programs represented, it can be hard to stick out. Here are some of the booths that piqued my interest and got me to listen more closely to their spiel.

The Broadsided Books scenario I mentioned above was one of those. Also there was this, for The London Review of Books: 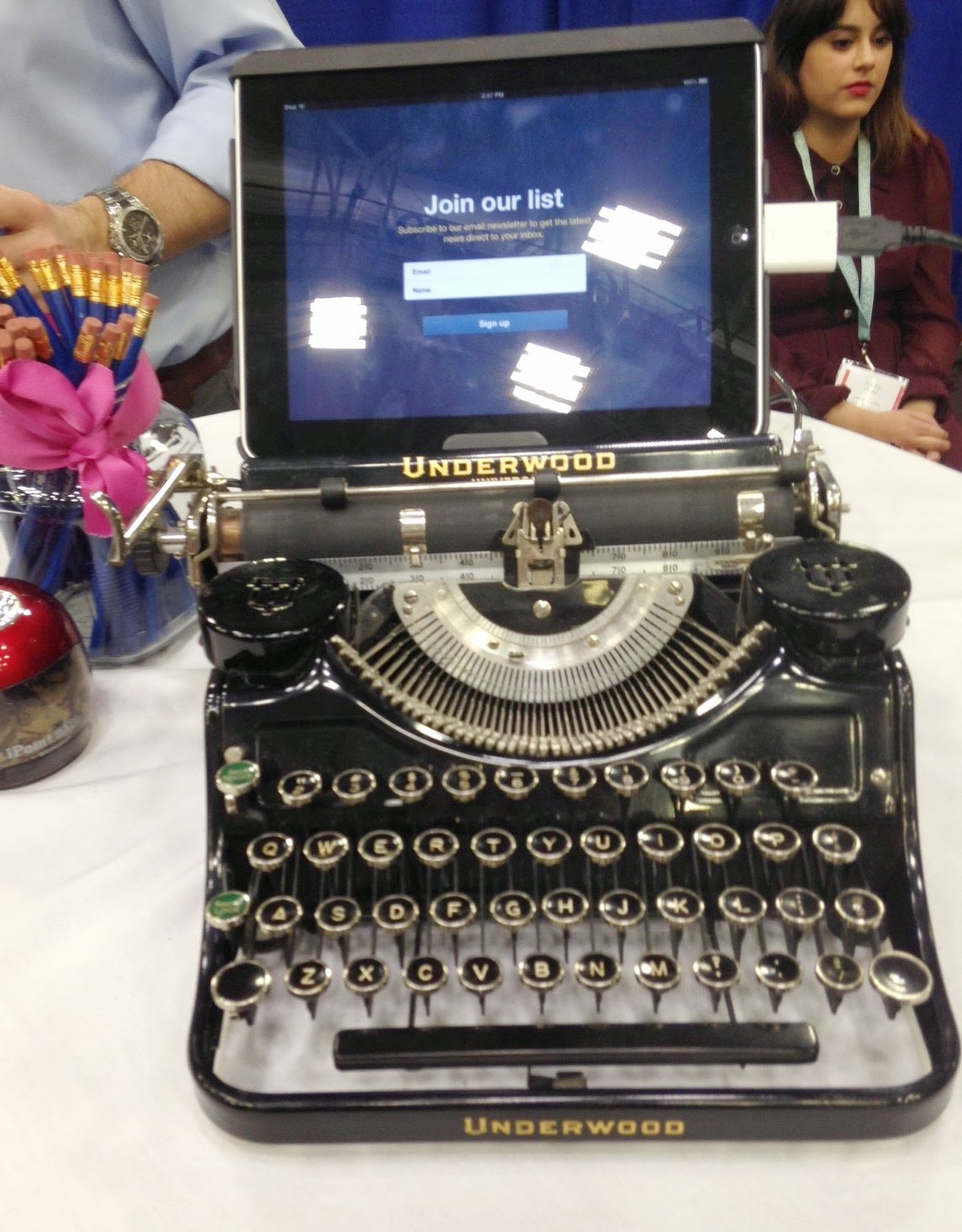 They somehow managed to hook up an old Underwood typewriter to a tablet. You used it to sign up for their mailing list. You actually had to press the keys with the same force as you would to type with it to get the letters to register on the screen. To tab to the next field, you had to push the carriage all the way to the right until the bell dinged - just like you would on a real typewriter to go to the next line. It was great! You bet I signed up for their mailing list, just to play with the typewriter!

The Saint Paul Almanac brought along their Storymobile: 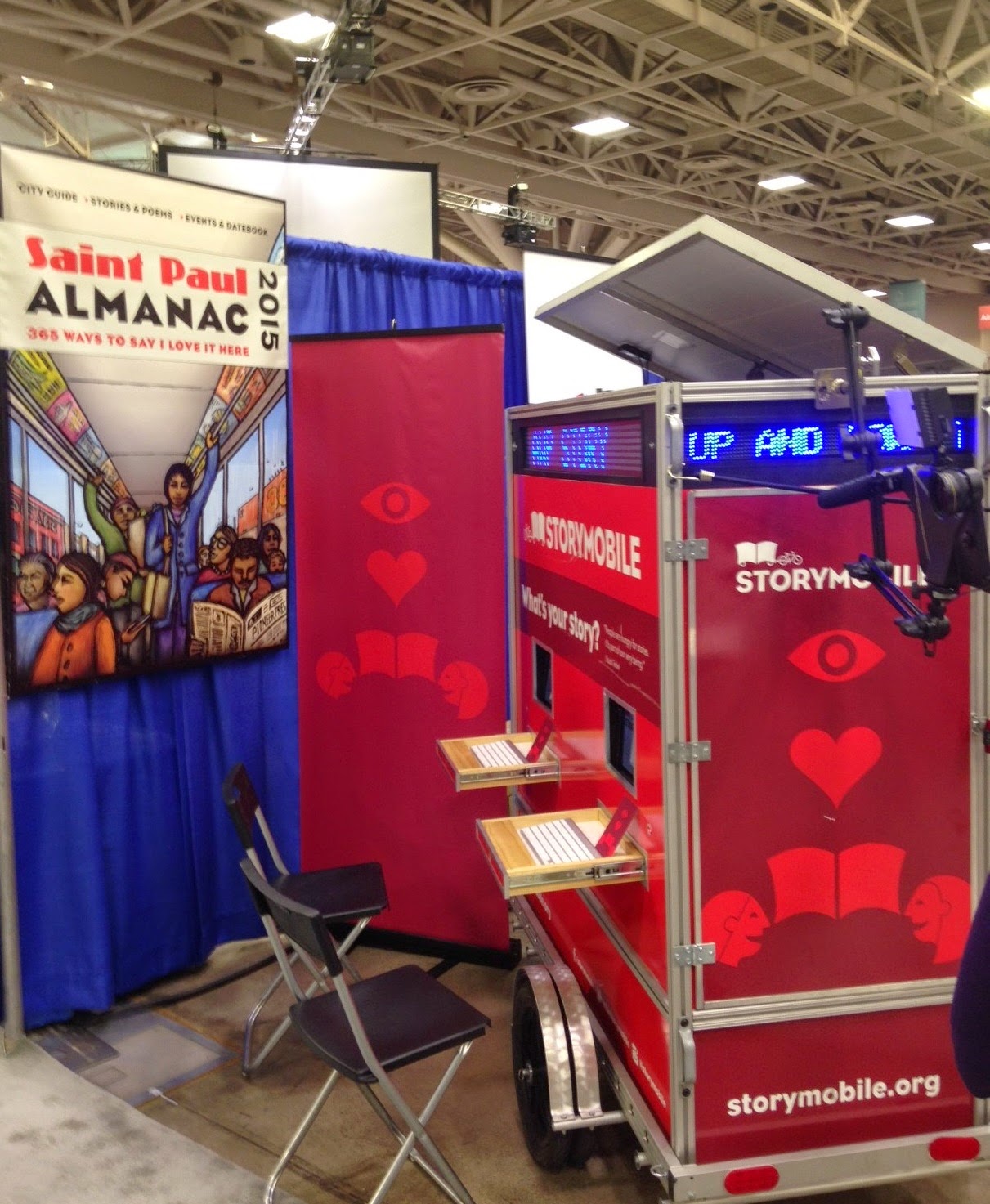 According to their website, "Storymobile is a movable community engagement space that makes it easy to share, display, collect and generate our stories." I found it to be a very interesting concept.

Sarabande Books had another idea - simple, but effective to sell their books: 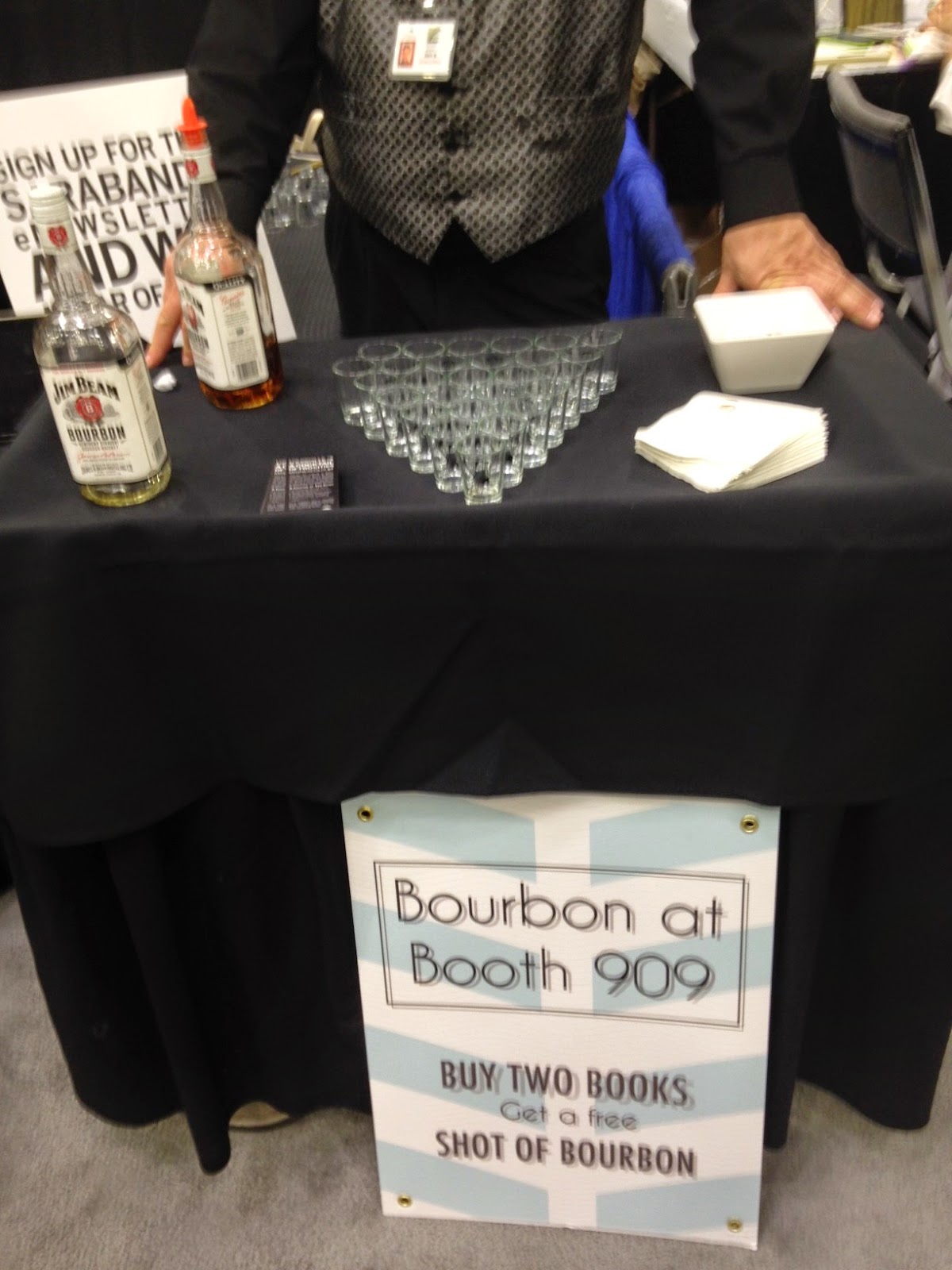 I made it a point to at least look at every booth, picking up free copies of lit mags, and info about other things. It was a little overwhelming, and I spent a good three hours there. I would have spent more time if I'd had it, but I was there on a one-day pass. There were a couple panels I checked out, too, which I'll talk about in another entry.

Next year the conference is in Los Angeles.