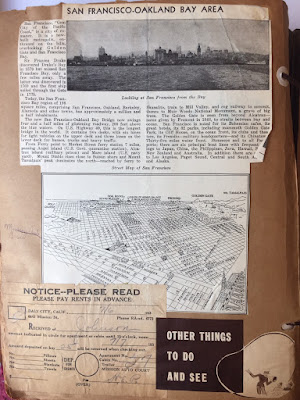 The Mission Auto Court was originally the Mission Auto Camp, established in 1923 by J. L. Vasey. It eventually became the Mission Bell Hotel, and was torn down in the early 1990’s. If you were to go to that address now, you’d find a strip mall with a Wells Fargo and a Lucky supermarket. Daly City is located just south of San Francisco. 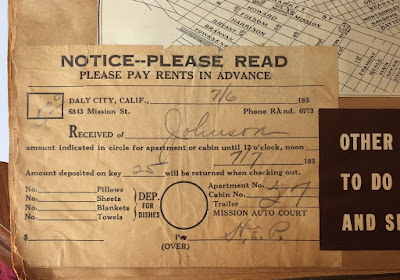 From the postcards in this section of the scrapbook, it looks like the Johnsons were fascinated by the Golden Gate Bridge, which had been completed and opened on May 27th, 1937 – less than a month and a half before the Johnsons arrived. 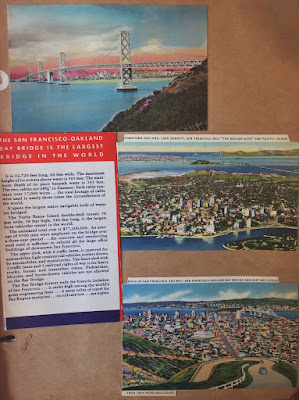 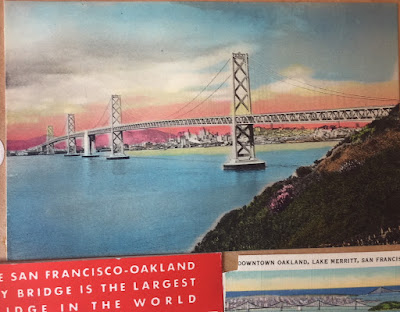 Next to the postcard of Fisherman’s Wharf, our favorite scrapbook author Joan writes: “Hundreds of gaily painted fishing craft lie in anchor at that place. They are mostly manned by Italians who often go miles out to sea in search of the city’s seafood. A sight typical of the Mediterranean is presented when the great nets are dried on the wharf." 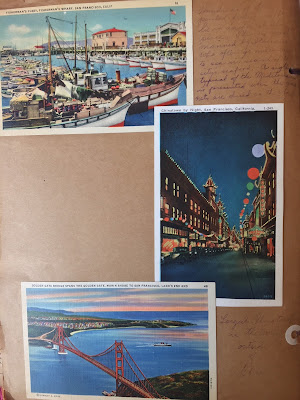 Above are postcards of Fisherman’s Wharf, Chinatown at night, and another card of the Golden Gate Bridge.