I first heard of Kealan Patrick Burke when his novella The Turtle Boy was released. Not only was it an intriguing title, but it also won a Bram Stoker Award! Kealan not only writes, he also acts, designs book covers, and...well, just check out his bio. Anyway, much thanks to Kealan for answering my five questions! 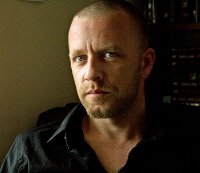 The current work-in-progress is provisionally titled The Place Beyond Winter, and it's a standalone sequel to my novel Kin. Here's a synopsis: After an atrocity in the backwoods of Alabama ten years ago, former private detective Charles "Beau" Beaumont is still haunted by nightmares and addictions that have slowly but inexorably unraveled what's left of his life. Trapped in a downward spiral, he is unprepared for the news that Claire Lambert, the girl he helped save from a vicious family of killers all those years ago, has gone missing again. Hired by her sister to find her, he discovers that Claire, herself struggling to mend her life, uncovered the truth they have kept from her all these years: one of the men responsible for her ordeal survived. Driven by the belief that exterminating the last of the Merrill Clan will set her life back on its axis, Claire has embarked upon one last journey of vengeance. It falls upon Beau to find her before it's too late. Meanwhile, Luke Merrill, the object of Claire's vengeance, has renounced the murderous ways instilled in him by his religious zealot father, and has dedicated himself to starting anew. Unaware of the forces bearing down upon him, Luke soon finds that the potential for violence can never be buried deep enough when he falls for a woman being terrorized by her meth-dealing husband, and must struggle not to lose himself in the cyclone of fury that builds both in his new home, and abroad. 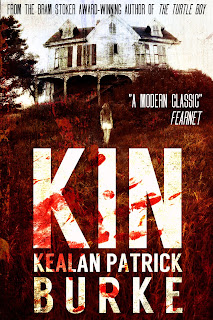 That's always a tough question. If I had to pick only one, I'd probably say Stephen King, purely by virtue of the amount of his work that I have read and been influenced by over the years. John Connolly, Cormac McCarthy, and Larry McMurtry would follow on that list. My favorite book (thus far) is Larry McMurtry's Lonesome Dove.

That moment in which the story takes over and you feel as if you're merely along for the ride, as if you're channeling something that exists independently of you, and you've just managed to tap the vein for a while. It's a euphoric feeling. And, typing THE END, of course, particularly when you just know in your bones that the book works.

Writers ARE anecdotes. You have to read the books for the full story.

David Morrell's contention that writing can be UN-learned scared the hell out of me. The idea that if left dormant long enough, your abilities might corrode and wither away was a terrifying concept, and one of which I had been blissfully unfamiliar to that point. It motivated me to at least try to write as much as possible, whenever possible, no matter what the obstacles out of fear that one day I'd wake and find my abilities to write had abandoned me. I'm sure many of the folks who've answered this have already cited Joe Lansdale's "Put ass in chair; write" quote, but that should tell you how important a piece of advice it is. Everything else is redundant unless you sit down and write. Talk is just that: talk, and you're either talking about being a writer, or being a writer. Big difference. These days I seem to be seeing more of the former than the latter.