Daniel Pyle writes the kind of horror I like. Suspenseful, visceral, and...horrific. He's the author of, among other things, the novels Freeze and Dismember, plus he's written some great short stories that can be found in various anthologies. He's a hell of a nice guy to boot. (Need proof? Just look at that beard!) It's great to have Daniel on board to answer my five questions. 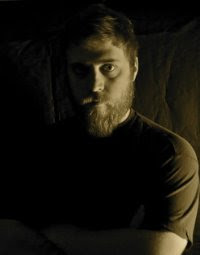 I’m probably shooting myself in the foot by doing this—promotionally speaking—but it’s been a while since my last release, so I’m going to tell you about something that’s right around the bend instead. I have a novella coming out soon. It’s called Deep Rough, and it alternates between two plots, one of which takes place on a golf course where things are about to…well, let’s just say that if you were there, a penalty stroke would be the least of your concerns. It’s pretty intense, and I've had a ton of fun writing it. I’m excited to see what people think. I've only shown the cover to a few close friends, but what better time than now for a big reveal! 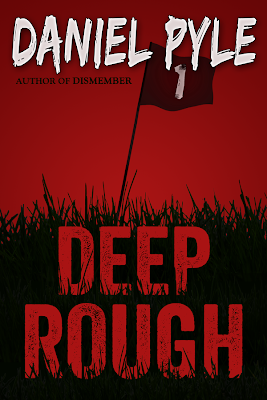 Pretty much every horror or suspense writer loves Stephen King, right? Well, I’m no exception. He’s written so much iconic fiction, but my favorite King book (my favorite book period, actually) is The Shining. There’s something about the combination of terror, isolation, and one big mother of a snow-in that’s always intrigued me. So much so that I must have read the book at least a dozen times now. But no matter how many times I've read it, thinking about those topiary animals sneaking up on Danny in the playground still gives me the heebies.

Believe it or not, my favorite part is the technical aspect, picking out interesting synonyms and breaking up long paragraphs to improve the flow. You know the stuff I’m talking about: the boring English-class stuff. Don’t get me wrong, I love creating characters and following them through dicey situations too, but for whatever reason I've always really dug syntax and diction and the minutia of the craft. I think those are the kinds of things some authors don’t concentrate on until the second or third draft, but I like the nitty gritty so much that I always do it as I go. I can’t not do it. The downside to writing that way is that I sometimes take a long time to finish a project, but the upside is that my first drafts are usually relatively polished, which means editing is more of a final read-through than an overwhelming, soul-crushing drag.

Maybe this is more of a daddy moment than a writer moment, but one thing I’ll never forget is the time I showed my first paperback book to my daughter. I’d dreamed of holding my own book in my hands for most of my life, and there I was, savoring the moment. My daughter must have been about two at the time, but she was already very talkative. When I showed her the book, she said, “Cool! Can we read it on your iPad?” If that’s not a sign of the times, I don’t know what is.

Someone once told me not to underestimate the reader, that most people are capable of understanding what you’re saying without you over-explaining every little detail, and that’s something I've always taken to heart. A single, well-chosen word can sometimes fill in for a whole sentence, or even a whole paragraph.