The below page features a pamphlet of Bad Land National Park, compliments of Wall Drug Store. Wall Drug certainly still exists, but it hadn't existed very long before the Johnsons visited. The drug store was bought in 1931 but the family who would go on to make it the famous tourist trap it is today, but it was only the summer before the Johnsons arrived that they started giving out the free ice water they are known for.

Crystal Cave, advertised in the brochure, is also around - but when I checked, it looks like it's currently closed to the public. Bummer! I think I toured it as a kid. 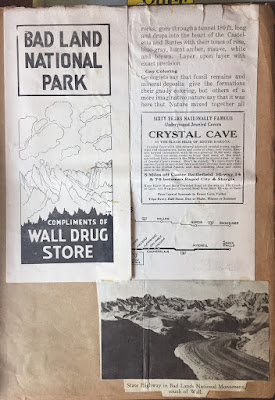 By the way, Wall Drug carries one of my novels! (Ox Cart Angel - a middle grade historical fiction novel about a father and daughter's journey over the Red River trails in 1863) If you want to check it out, click on the link below.

On the next page, we have another wonderful postcard packet - again, 9 double-sided postcards in color - this time of the Badlands. Some highlights farther down. There's also an article about the progress on Lincoln's head on the Mount Rushmore Memorial, and I'm guessing the accompanying picture would have been much like the Johnsons saw the memorial when they visited. 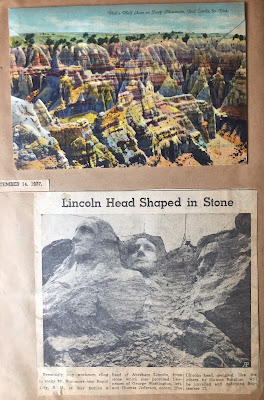 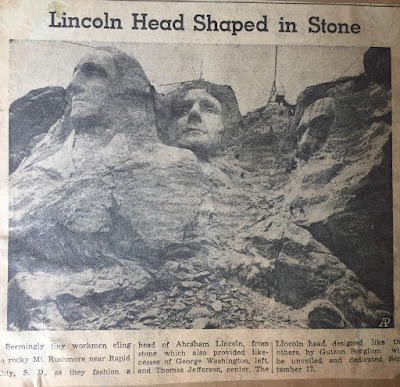 Hell's Half Acre on Sheep Mountain, Bad Lands, So. Dak. (I find it interesting how Badlands used to be denoted as two separate words back then). 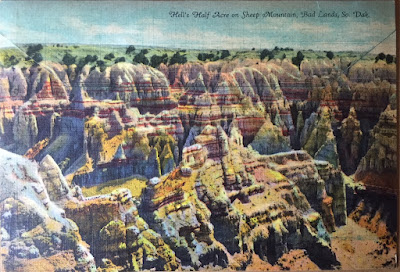 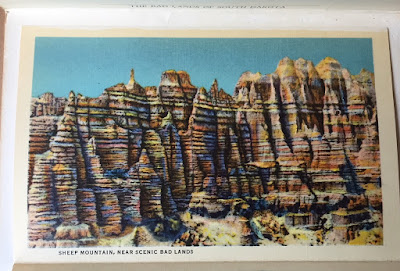 View From the South, Tunnel Through the Bad Lands. 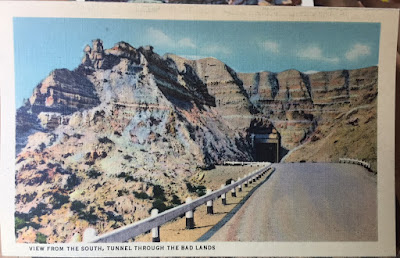 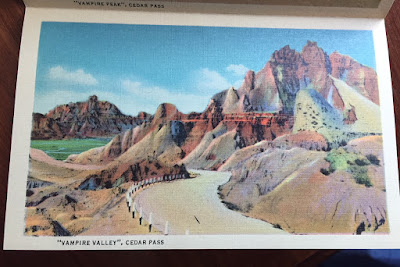 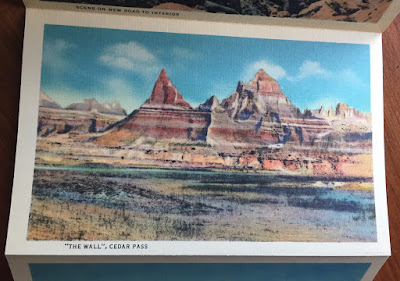 A page with a Ripley's Believe it Or Not cartoon and one of unknown origin. 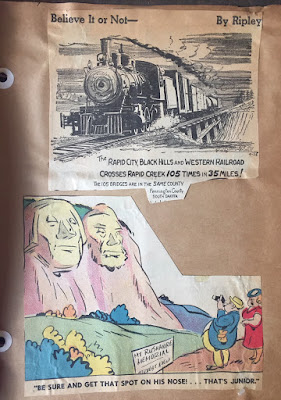 "Be sure and get that spot on his nose!...That's Junior." 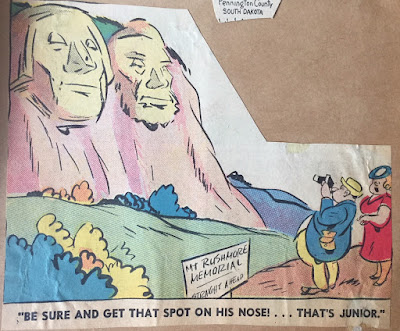 And the very last page of Joan Johnson's scrapbook of her family's 1937 journey. Here we have a Mount Rushmore pamphlet (the pic below this one is a photo from inside the pamphlet) and a newspaper article about Rushmore's sculptor's son taking over the work. 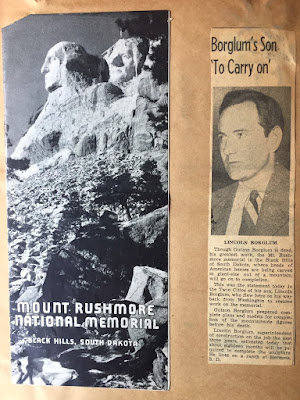 Cool shot from the pamphlet of workers treating Lincoln's acne. 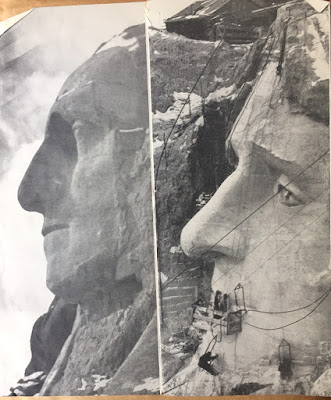 Well, heck! That's it! That's the end of the Johnson scrapbook! I hope you've enjoyed taking a glimpse at these old pages rescued a few years ago from an antiques dealer. I'm not completely done with this scrapbook, however.

Track down any of the Johnsons living relatives. The hard part is that their last name is Johnson, not a particularly rare name in this part of the world.

I would also like to meet the folks who currently live in the old Johnson house on Summit Avenue in St. Paul. I wonder if they'd be interested in seeing this.

Another idea I have is a bit more ambitious. I would eventually like to recreate this trip with my family and create a book comparing the Johnson's route to the modern day route, trying to match their's as closely as possible. However, that would be at least a three week trip, and even that would be rushing it. Perhaps I'll start a Kickstarter campaign to cover costs? We'll see. If I did that, it would be fun to meet people along the way, or have other families also taking this trip. We can have meetups along the way, exchange stories, photos. We could video it, or make it into a travelling podcast.

Ha! We'll see what happens, but anyhow, thanks for following the Johnsons on their journey with me!
If you have any questions or suggestions, shoot me an email at AuthorJoelArnold@gmail.com