The main quarry of Quarry Hill Park is considered the "New" quarry, and was used from the 1890s until 1950. There's an older, smaller quarry that was used the decade before that, but these shots are of the larger, new quarry.

Here's my daughter Paige overlooking a portion of it. It is obviously overgrown, but there are trails running through it that you can stroll and explore on. The quarry walls are about fifteen to twenty feet high (that's my best guess.)﻿ 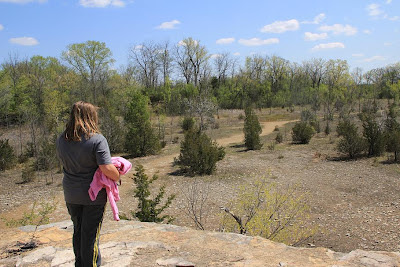 Down in the quarry, one of the few remaining structures is this dynamite shack: 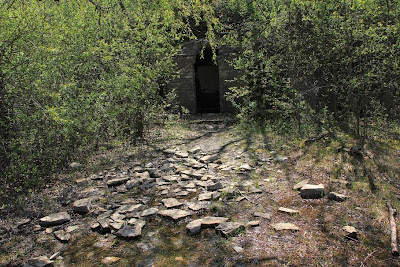 Here's a closer shot of the shack. Paige is reading the graffiti inside. Son Zach is playing on the remnants of an outer wall that was built as an added barrier in case the dynamite blew up: 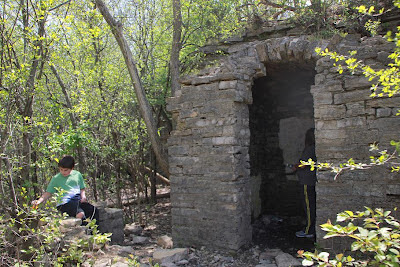 Paige climbing out of the quarry: 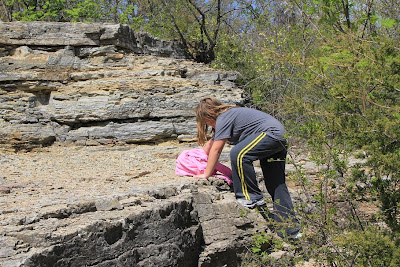 There used to be an older bridge here that was called 'Dead Man's Bridge'. If I remember correctly, it didn't have the convenient side railings. It's not a huge drop into the crevice below, but the story is that a former patient once hung himself here on the old bridge, and the spot is supposedly haunted... at least according to those who are prone to believe such things. 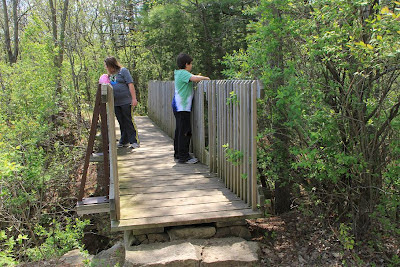 The main patient buildings now serve as a prison - The Federal Medical Center, Rochester. Televangelist Jim Bakker was once an inmate, as was Lyndon LaRouche and James Traficant.