The Owatonna Orphanage Museum - or a little about my dad

My dad, who's still alive and kicking at age 75, was adopted when he was 19 months old by Walter and Laura Arnold, who turned out to be wonderful parents. Before being adopted, however, he spent that first bit of his life at the Minnesota State Public School in Owatonna, Minnesota, also known as the Owatonna Orphanage.

Now, with much thanks to a man named Harvey Ronglien, the place is a museum dedicated to preserving the memory of those children. Harvey spent his childhood there, along with his brother. Although he has fond memories of the place, he says that his brother hated it. Harvey has written a memoir called Boy From C-11 Case #9164, which I highly recommend.
Here's the entrance of the main building - a beautiful piece of architecture now used as city offices and an art center, along with part of the museum. 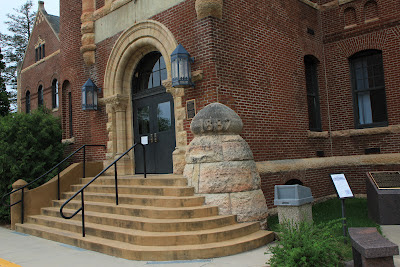 Inside are some nice displays, deailing the daily life of a typcal 'state schooler'. Two displays in particular caught my attention. The first was this:

- since my dad would've been an infant at the time, and was probably in a crib just like this. Also the plaque of mother and child originally hung above the nursery entrance. So he must have seen that whenever he came in from the outside.

The other display that caught my attention was this: 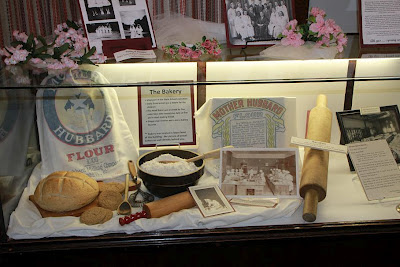 My grandfather Walt - Dad's adoptive father - worked at Mother Hubbard Flour in Mankato where these bags are from. So there's a decent chance that he was indirectly helping feed my dad before they even met each other!

Another interesting part of the museum is Cottage 11, pictured here: 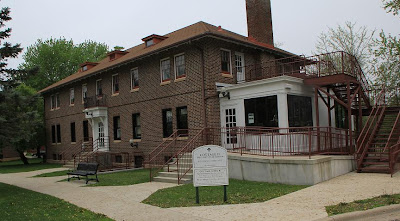 It's been restored to how it was when it housed a portion of the children. The white section now serves as a gift shop, and Harvey, whom I mentioned earlier, can often be found there, willing to give his insight about the place. He lived in this building for a good chunk of his time as a ward of the state.

Here's a picture I took of Harvey Ronglien - and it just happened to be on his 85th birthday! 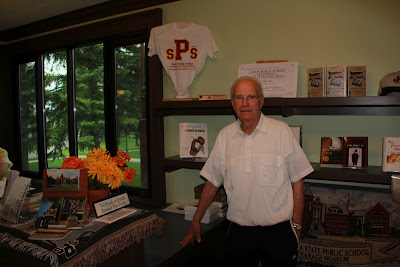 I can't emphasize enough how important Harvey has been to this museum. One of the most touching things he has done was in regards to the orphanage cemetery. For a long time, the graves of those who died there only had numbers on them (each child received their own unique number when arriving at the State School) and Harvey and Gerald 'Bud' Blekeberg spearheaded the effort to track down the names that belonged to those numbers, replacing the old grave markers with new headstones bearing the actual children's names.

The orphanage/state school was mostly self-sustaining, and the kids farmed, cooked, cleaned or did other jobs around the place. One of the signs in Cottage 11 tells how the kids thought it was quite funny to throw apples at the hobos who rode the trains passing by the orphanage's orchard.

Anyway, if you're ever in or near Owatonna, I highly recommend a visit to this place. If at all possible, go see one of Harvey's talks, or chat him up in the gift shop. And at the very least buy his book. It's one of those memoirs written from deep within the heart.

I wanted to take more photos of the grounds, especially the cemetery, but shorly after I took the above photos, it started raining to beat the band. So maybe some other time...﻿

Some books by former State Schoolers: