In an earlier post I talked about the Owatonna Orphanage Museum. You can see it here. I went back a few months later in September on a beautiful day and took the following pictures of its graveyard, the State School Children's Cemetery, in which 198 children who went unclaimed by relatives are buried.


Some quotes from the above plaque:

"1886 - 1945 - During the 59 year history of the State Public School for Dependent and Neglected Children, over 300 children died while under state Guardianship; 198 are buried in this cemetery, unclaimed by family...The average age at death was approximately four years old."

"1945 - Orphanage was phased out and the cemetery all but forgotten. Weeds and grass grew tall. Few people know or remembered it existed."


Another dedication  - a quote from Harvey Ronglein: 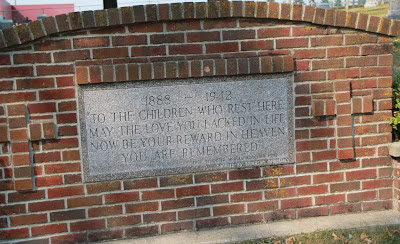 It says: "1888 - 1942 To the children who rest here, May the love you lacked in life Now be your reward in heaven, You are remembered. State Schooler Harvey Ronglein 1993" 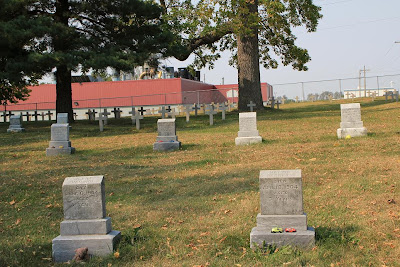 In the photo above, the graves in the forefront are the old graves from when they still put the children's name on them. Farther back, where the crosses now are, there used to be only a number on a small cement slab. I'll show you what I mean in a moment.


When I walked into this graveyard, I saw all these toys placed on the graves. I'm guessing it was done as a school or church project, but I'm not sure. I will admit, upon seeing that, I broke down and cried. Yes, I'm turning into a weepy old man. Anyway, it really got to me. 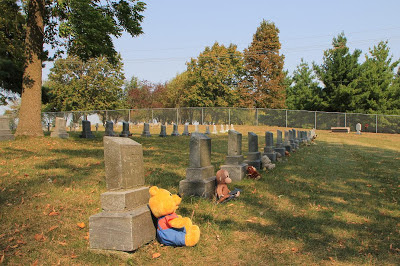 Here's a close-up of one of the old graves: 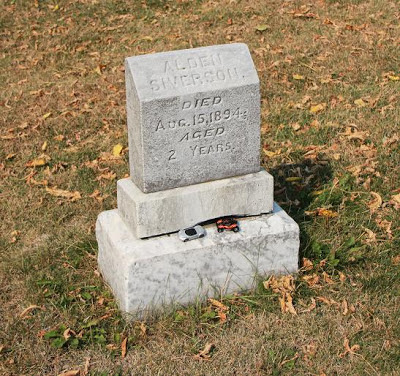 Here's what I meant about the crosses: 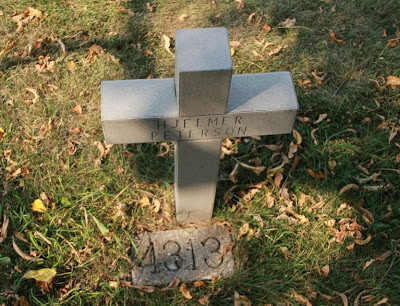 Up until 1993, all you would see was that number on the small cement plaque. Gerald 'Bud' Blekeberg got the Owatonna citizens to help fund the crosses and find the names that corresponded with the numbers.

Some books written by some of the state schoolers:

Anyway, go visit if you get the chance.