I had the seeds of a ghost story germinating in my head, so I started thinking about what makes a ghost a ghost – or more simply – Just what is a ghost, anyway? For the purposes of this entry, you can substitute ghosts with spirits, if you’d like.

Personally, I've never seen or experienced a ghost (that I’m aware of). I’m a skeptic, and many of the things that people think are evidence of ghosts don’t pass the smell test for me. Photographs of ‘orbs’? C’mon – we all know those are just exploding fairies.

But having said that, I’m open to the possibility that they exist. I’d like them to exist. It’s nice to think that after we die, we may have some purpose left to fulfill. Or at least we get to wander around spying on naked people. Either way. I know some folks who are adamant that they have experienced ghosts, and I seen no reason that they’d just make that stuff up.

As a horror writer, ghosts are certainly a fun thing to write about. So here are some questions I asked myself concerning ghosts:

What do ghosts do when there is no one around to experience them? For example, if a ghost is haunting a location, are they conscious of it? Do they think? Do they tell themselves, “Well, here comes some folks to haunt the shit out of.” Or are they just the psychic residue of past (or even present) lives?

Do ghosts have a mission, or are they like a record skipping under a broken needle?

Can ghosts hear? See? Experience any sensations, even though they don’t have actual sense organs?

What if ghosts inhabit your brain – not actually seen, but hallucinated? What if they’re actually some sort of virus?

Do sound waves, light waves, cell phone signals, wireless signals, etc, have any effect on ghosts? What if all these different human-made/used frequencies are killing ghosts off? Or hurting them? Trapping them?

Why do ghost hunters always hunt in the dark? Do ghosts disappear during the day? I personally think those ghost hunter shows are a bunch of crap, and they do their shows in the dark since that’s when your imagination can best fill in the blanks. But again, that doesn’t mean I’m not open to the possibility of ghosts.

Are ghosts doomed to repeat the same thing over and over? Is it a form of torture? A form of hell? Or do they get to wander the earth, watching over loved ones, still experiencing life, though unable to actively participate in it?

Has anyone ever caught a ghost taking a crap or jerking off? Now that would be something to see one of those ‘ghost hunters’ react to. When they listen to their hissing tape recordings, instead of “Get out” they hear, “Don’t you know how to fucking knock?” 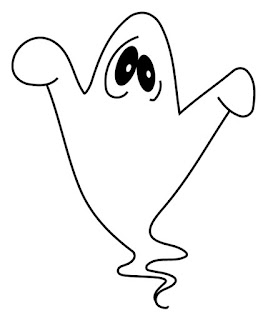