Catherine Lundoff is an award-winning author who lives in Minneapolis. I see her at conventions every once in a while (and even sat on a panel with her, once!) and she's always willing to chat and share her advice. I am quite jealous of her past careers, since she was once an archaeologist as well as a bookstore owner - things I've dreamed about doing in the past. Ahhhh, well... Anyway, thank you Catherine for answering my five questions! 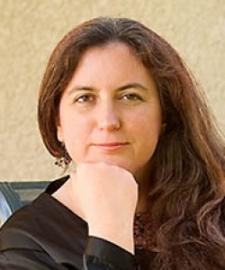 My latest book is called Silver Moon (Lethe Press, 2012) and it's about menopausal werewolves. It's also about coming out on multiple levels, being middle-aged and dealing with drastic change. And sympathetic female monsters, because I love me some monsters. On the ground level, it's the story of a woman named Becca Thornton, who finds herself turning into a werewolf right after she enters menopause. She joins the local pack, which is composed of women of “a certain age,” and ends up helping them fight off some self-appointed werewolf hunters. Book 2 is in progress. 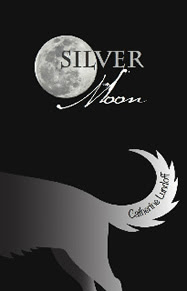 You know, that varies from month to month. A random sample of favorite authors: Jane Austen, Lois McMaster Bujold, P.C. Hodgell, Elizabeth Peters and Alexander Dumas. Since Barbara Michaels/Elizabeth Peters passed away this week, I'll pick The Golden One in her honor. I do so enjoy her Amelia Peabody novels, with their not quite fantasy elements and Amelia's parasol.

3 – What's your favorite aspect of writing?

I love most aspects of writing: the rush of inspiration, gradual development of a story, finishing a story, the first couple of rewrites. Okay, the last few rewrites, maybe not so much favorites. But it’s a huge thrill to see the completed story emerge from the mass of verbiage around it.

Back when I started out, I wrote a fantasy story and sent it to a prominent editor who had a series that I admired. I got a form letter back that informed me that said editor "did not accept stories that made me want to lose my lunch." Four months later, I submitted a version of that same story for a residency application and it got me a three-week long writing residency with sf legend Samuel Delany. So all that stuff that people tell you about editorial tastes varying greatly from one editor to another? It's all true.

"Dial it back on the commas and adverbs." Or possibly "You have a fair number of semicolons in the story. This is not a semicolon story." Or "Kill your darling children."

But from writing as career standpoint, "Pick a day job that you like because you'll spend most of your time there, and it will leave you more energy for writing if you're not miserable."