5 Questions with K.C. May

I originally met K.C. May on Kindleboards - an online forum for readers who own Kindles and want to share info on reading and...well...Kindles. I've kept up with her exploits via Facebook, and today marks the release of her newest book in her Kinshield Saga. Thanks, K.C. for answering my five questions! 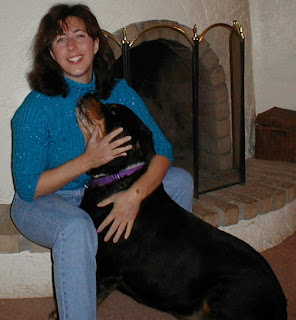 1 - What’s your latest book about?

My latest book is Kinshield's Redemption, the fourth and final book in The Kinshield Saga. It's a heroic fantasy series about Gavin Kinshield, the warrant knight who's attempting to find answers to why the former king disappeared over 200 years ago. 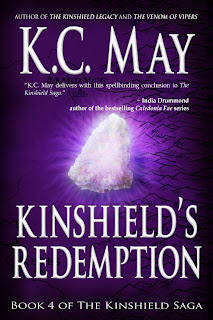 My favorite author has to be Brandon Sanderson. I just love his easy, flowing prose and his amazing imagination.

3 - What’s your favorite aspect of writing?

My favorite aspect of writing is probably the plotting and planning, especially when a cool plot twist occurs to me. When I have a good story I'm excited about, I can't write it fast enough. Watching my outline play out on the page is so much fun.

4 - Any good anecdotes about being a writer?

My first novel, TheKinshield Legacy, was originally published in hard cover, but it didn't sell more than about 50 copies between 2005 and 2010. I don't believe the publisher did everything they said they would to promote it (for instance, none of the reviewers I identified ever received their review copies). In 2010, I asked them to please convert my book to Kindle format because I thought it would sell better if it was less than $30. They refused. Instead, they released me from my contract, and so I published it myself. Since then, it has sold about 44,000 copies, and another 21,000 copies have been downloaded for free.


5 - What was the most helpful writing advice you've ever received?

The most helpful advice has to be "don't settle for your first idea." I find that stubbornly sticking to my initial idea usually turns out less interesting than if I let that idea be a starting point. I can build upon it, mold it, and twist it into something far cooler if I let myself re-envision. Writing isn't rewriting so much as re-envisioning.

Email ThisBlogThis!Share to TwitterShare to FacebookShare to Pinterest
Labels: 5 Questions, authors, K.C. May