Michael Allan Mallory is another fine mystery writer with whom I've shared the table of contents in a number of anthologies, so I've gotten to know him a bit over the years at signings and other book events. He's a good guy, and always full of info and interesting tidbits about the writing world. Check out his answers to my five questions, and then check out his writing! 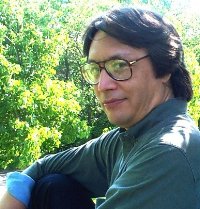 My current Work In Progress is The Bronze Dragon, which follows the investigation of the brutal murder of a local Asian antiquities expert who was last to touch a recently unearthed lost Chinese treasure that has now disappeared. The Bronze Dragon is a departure from my most recently published novel Killer Instinct (co-authored with Marilyn Victor) which features zoologist sleuth Lavender “Snake” Jones.

Favorite book, I can’t say. However, there are four books which transported me when I first read them. These books are Great Expectations, by Charles Dickens; The Adventures of Sherlock Holmes, by Sir Arthur Conan Doyle; The Crooked Hinge by John Dickson Carr; and Captain Blood, by Raphael Sabatini. I’ve treasured these books ever since.

I’d love to say it’s the creativity of building a world from scratch and breathing life into it. But for me the actual writing is often such a rough and tumble journey through crocodile-infested swamps that, in truth, my favorite aspect of writing is finishing the damn novel and finally, finally seeing it in print.

Getting to know other published authors is part of the fun. A few years ago I was at a major mystery conference where I was on a panel with Louise Penny, an international best-selling author and multi-award winner. I’d first met Louise some years earlier just as she was starting to get acclaim. This was the first time I’d been on a panel with her. After our panel had finished, Louise was concerned about the log jam of people waiting by the elevators. With a twinkle in her eye, she suggested we go other way, so the two of us snuck through the hotel’s kitchen and rode the service elevator upstairs. We felt rather naughty and adventurous, joking about the situation. Where else would I be in a situation to do this?

Don’t be afraid to write crap. First get your thoughts written down, ragged as they may be, and then fill in the holes and make the writing pretty. Rewrites – several of them – are what transforms wobbly, rough-hewn stories into stable, polished pieces.