When I lived in Bozeman, Montana in the early 90s, I got a chance to see William Hjorstberg give a reading at a bookstore in the nearby town of Livingston. He's the author of the highly regarded noir/horror novel Falling Angel, which had been made into the movie Angel Heart, starring Robert De Niro, Mickey Rourke, and Lisa Bonet. At the time, he had a new novel that had just come out called Nevermore, featuring Harry Houdini and Arthur Conan Doyle as its protagonists. In the novel, they work together to solve murders that imitated scenes found in Edgar Allen Poe's writing. Right up my alley! I remember how mesmerized I was by Hjorstberg's reading of the novel's opening scene, describing a trick Houdini did involving pins and string.

I bought the hard cover then and there and had him sign it. Unfortunately, I lent it to someone soon after reading it, and as often happens when we're young, friends leave for other places and never return. Unfortunately, they'd taken my book with them and I never saw it again...or I should say I saw it nevermore.

Anyway, it's a great honor to have Mr. Hjorstberg (who also wrote the screenplay to the movie Legend!) answer my five questions. I'm especially excited about his answer to question number one! 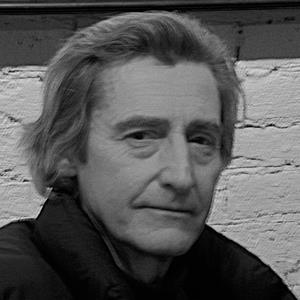 At present, I'm working on a novel intended to be a sequel to Falling Angel. 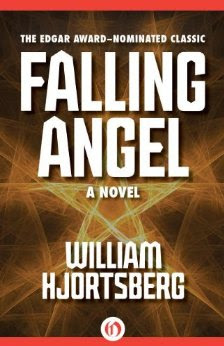 
Hard to pick only one. Here are some of the writers who influenced me. Ernest Hemingway, Ray Bradbury, Flannery O'Connor, Par Lagerkvist, Harry Crews, John Cheever, Eudora Welty, Knut Hamsun. Truman Capote. Even harder to pick a favorite book. I guess it's a triple toss-up between Lagerkvist's The Dwarf,  Hemingway's collected short stories and Hamsun's Victoria.  Add The Great Gatsby to that list, although Fitzgerald overall is not one of my favorite writers.


3 – What’s your favorite aspect of writing?


4 – Any good anecdotes about being a writer?

When I had a WallaceStegner Fellowship at Stanford (1967-68), one of the five other "fellows" (two were women), asked Mr. Stegner how many of the 100 or so former Fellows were now making a living as writers.  Stegner replied, "Young man, you don't understand.  You've chosen a profession that doesn't exist."


5 – What was the most helpful writing advice you’ve ever received?

Two things:  Joseph Conrad (also a favorite) wrote:  "Any work that aspires to the condition of literature must justify itself in every line."  And Hemingway once quipped: "All first drafts are shit."  Taken together, these are pretty good guideposts for how to write well.