R is for Rubescent

For the letter R in the A to Z Blogging Challenge, I'm going with rubescent, which is another word I just learned. I was going to go with the word red, but I came across rubescent, and it means the same thing I was going to talk about, anyway, but is both more fancy and schmancy.

Rubescent means 'growing red/blushing'. That described me as a kid. Well, it still describes me, I suppose, but when I was a kid, it bugged the hell out of me. I'd turn red at the drop of a hat. Not that we wore a lot of hats, but...

And kids got to where they'd say, "Turn red, Joel" and I would. On command. Or they'd say, "Joel's blushing," and then the blushing would grow more intense. Intense rubescence, I s'pose. Some kids thought it was fun to press the skin of my cheek when I was rubescent, and marvel at the white spot that would appear and sustain itself for a while before blending back into the general redness.

Don't get me wrong. I never felt like I was being bullied. The kids who did this weren't being mean, necessarily. Just...well, just annoying, I guess. But it did have an effect on me. I was very self-conscious of my blushing, and tried to avoid any attention whatsoever for a long, long time. That shaped who I was - who I am - to a point. I'm not nearly as self-conscious as I was, but perhaps that was one of the appeals of becoming a writer. 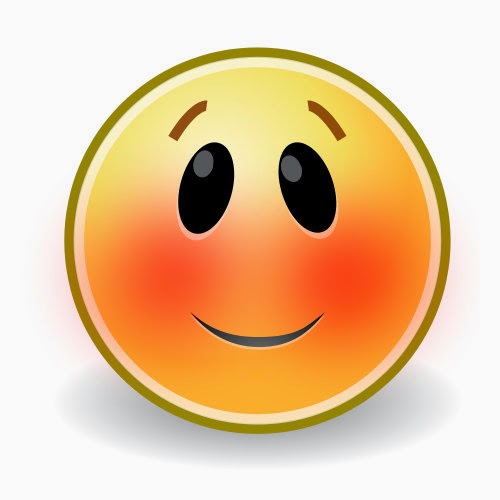 And for your enjoyment, the Beatles' "Yes It Is" which talks about the color red, and it was going through my head while writing this blog entry: