Our 'Making a Murderer' Tour of Manitowoc and Waupun Wisconsin

Like many people, Melissa and I were riveted by the Laura Ricciardi and Moria Demos documentary series Making a Murderer, about Steven Avery, a man exonerated of a brutal rape (from DNA evidence) after serving 23 years in prison, only to become convicted of the murder of Teresa Halbach. Whether you think he's guilty or not of Teresa's murder, the documentary shows how poorly his case was handled, as well as that of his nephew Brendan Dassey, convicted, but recently exonerated, of helping his uncle carry out the crime. (Brendan's conviction was only recently overturned.)

Since my family was on a trip to Michigan and we were taking a ferry across Lake Michigan to save time AND the ferry leaves from Manitowoc where much of the documentary takes place, we decided to check out the sites related to the case. 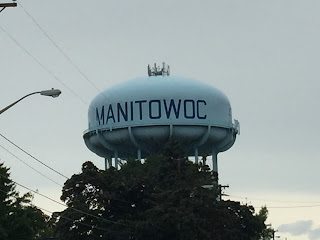 The city of Manitowoc is actually a cool little town with plenty of neat shops and reasonably priced hotels. We arrived late, so spent that night in a Quality Inn for about $76, including breakfast. We didn't have to be at the ferry until noon the next day, so spent the next morning touring the sites related to Making a Murderer. 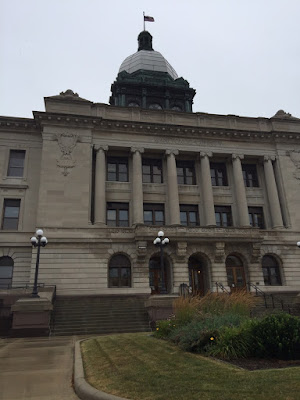 First we drove to the Manitowoc County Courthouse, located at 1010 South 8th Street, Manitowoc, WI 54220 in the town's historic district.  The day was a bit dreary as you can tell by our photos. Many scenes of Making a Murderer were filmed in and around the courthouse. 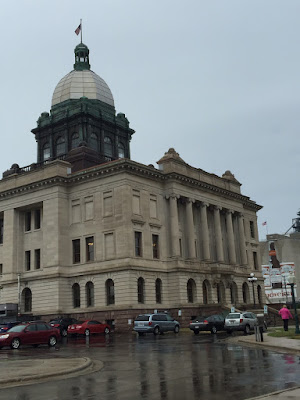 Above: same courthouse, different angle. It's a beautiful old building, built in 1906 and is on the National Register of Historic Places. Apparently tours are available of the building, but we didn't have the time.

Below is the Courthouse Pub, located just a few steps away from the Courthouse building at 1001 South 8th Street. The menu on their website looks delicious, and I'm guessing many news anchors, lawyers and family members related to the case ate here. 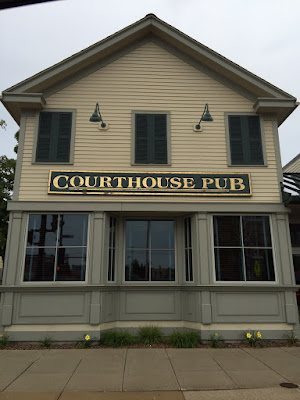 Only a block away from the Courthouse and pub is the (infamous?) Manitowoc County Sheriff's Department. Located at 1025 South 9th Street, this is where many of the frustrating interrogations of Avery and Dassey were held. As of this writing, it holds a 1.1 out of 5 rating on Google Reviews (with over 500 reviewers weighing in.) The jail is also located here, and I begged Melissa to get herself arrested so that she could give me a better description of the cells, but she came up with some lame excuse about being a mom, etc, blah, blah, blah... 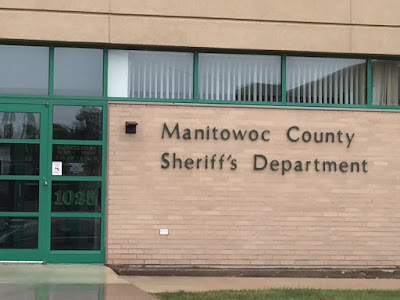 Manitowoc also has other worthwhile sites unrelated to the case, like the Lincoln Park Zoo, the Rahr-West Art Museum, the Wisconsin Maritime Museum, and the USS Cobia; a WWII submarine you can tour.

Next, we drove about 14 miles north along mostly country roads to Avery's Auto Salvage, which is also a major player in the docu-series.  It's located a bit out in the boonies at 12930 Avery Road, Two Rivers, WI 54241. It is still in business, so we were not trespassing when we drove into the area, although I did feel like a bit of a creep.

Melissa took the great pic below featuring the Salvage Yard sign featured prominently in the series, plus the two other signs that seemed appropriate. 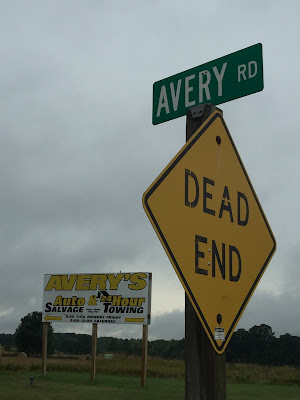 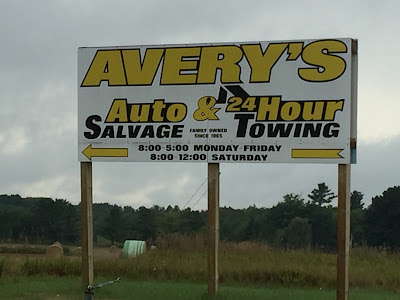 We didn't stick around long on the property; we felt a bit too gawkerish - but here are a couple shots of the place. 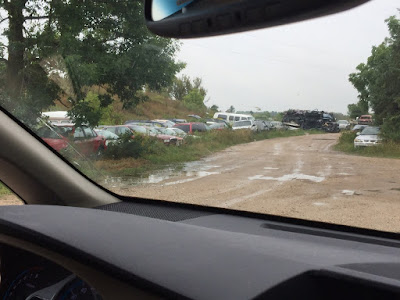 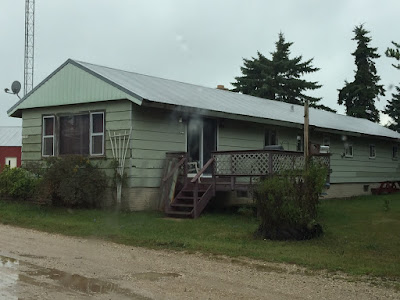 On our way home from our trip to Michigan, we stopped in the city of Waupun to see the Waupun Correctional Institution (200 South Madison Street, Waupun, WI 53963) which is about a 74 to 81 mile drive (depending on the route you take) south and west of Manitowoc. This is where Steven Avery is currently serving his time. 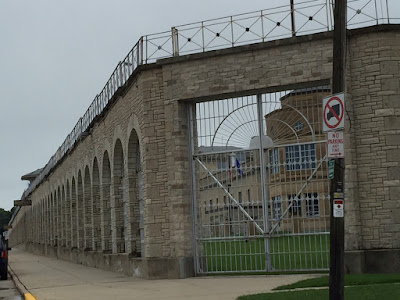 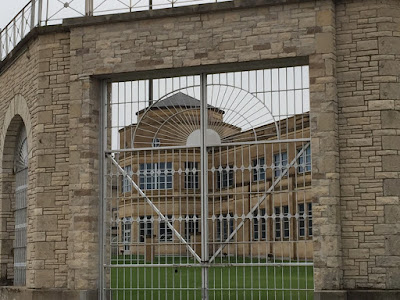 It's a really cool old building, and if you're going to commit a major crime, and the judge asks you where you'd like to be incarcerated AND you're a history buff, you could do worse. Part of the prison that still stands today was built in 1854. More additions were made as time went on. 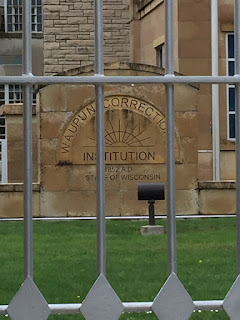 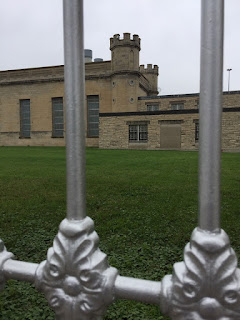 Here's an illustration of the prison from an 1895 edition of the Wisconsin Blue Book: 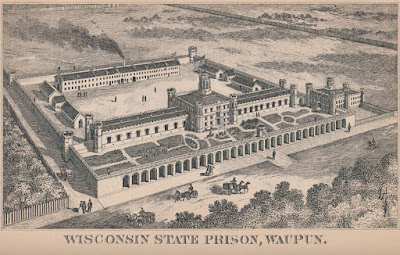 As you can see from our current photos compared with the above illustration, much of that old architecture remains. It was put on the National Historic Register in 1992 as the "Wisconsin State Prison Historic District."

Perhaps Steven Avery saw us wandering around on the sidewalk outside taking pictures. Once again, however, Melissa refused to commit a crime in order to get a closer look of the inside.

Whether you think Avery is guilty or not, Making a Murderer is a fascinating documentary series that I highly recommend. And of course, I cannot imagine the pain that Teresa Halbach's family has gone through (and is still going through.)

If you're interested in learning more about the series, Steven Avery, etc, here are a couple affiliate links to some books on Amazon:

Steven Avery - Missing Evidence: The Examination of the Making a Murderer Documentary

The Innocent Killer: A True Story of a Wrongful Conviction and its Astonishing Aftermath

Rush To Judgment: The Unfiltered Story of Steven Avery

And okay, this just seems wrong but: