The second stop on my 2014 Author Tour brought me to the town of Wimbledon, North Dakota, population 216. I gave an Ox Cart Angel talk there at the Midland Continental Depot Transportation Museum, which had also once served as the home of the famed singer Peggy Lee. Her father was the depot agent for a while, and so she lived there in the actual depot when she was a kid. She went to school in Wimbledon, and some of her acquaintances/former classmates have volunteered at the museum over the years.

Daughter Paige and I ate at the cafe in town before the shindig. Good food, but holy cow - a hamburger there cost $9.20! That seems like something you'd pay at Disney World, not small-town America. The cafe was cool, though - attached to a long grocery store, it had an old decorative ceiling, nice staff, etc. 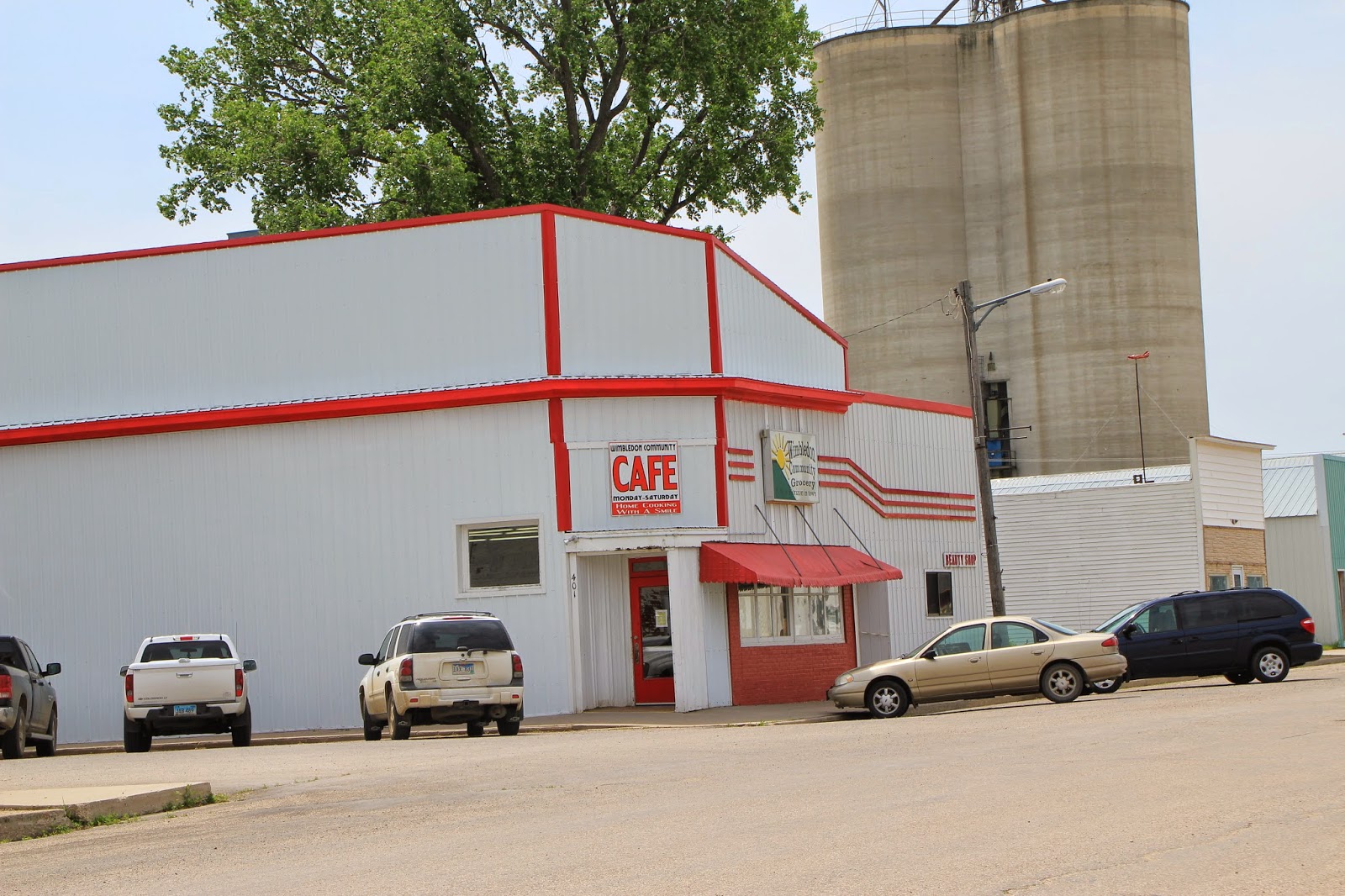 Below is the Frazier grain storage, where the Midland Continental Railroad ended (it was supposed to head all the way north to Winnipeg, but that never materialized). 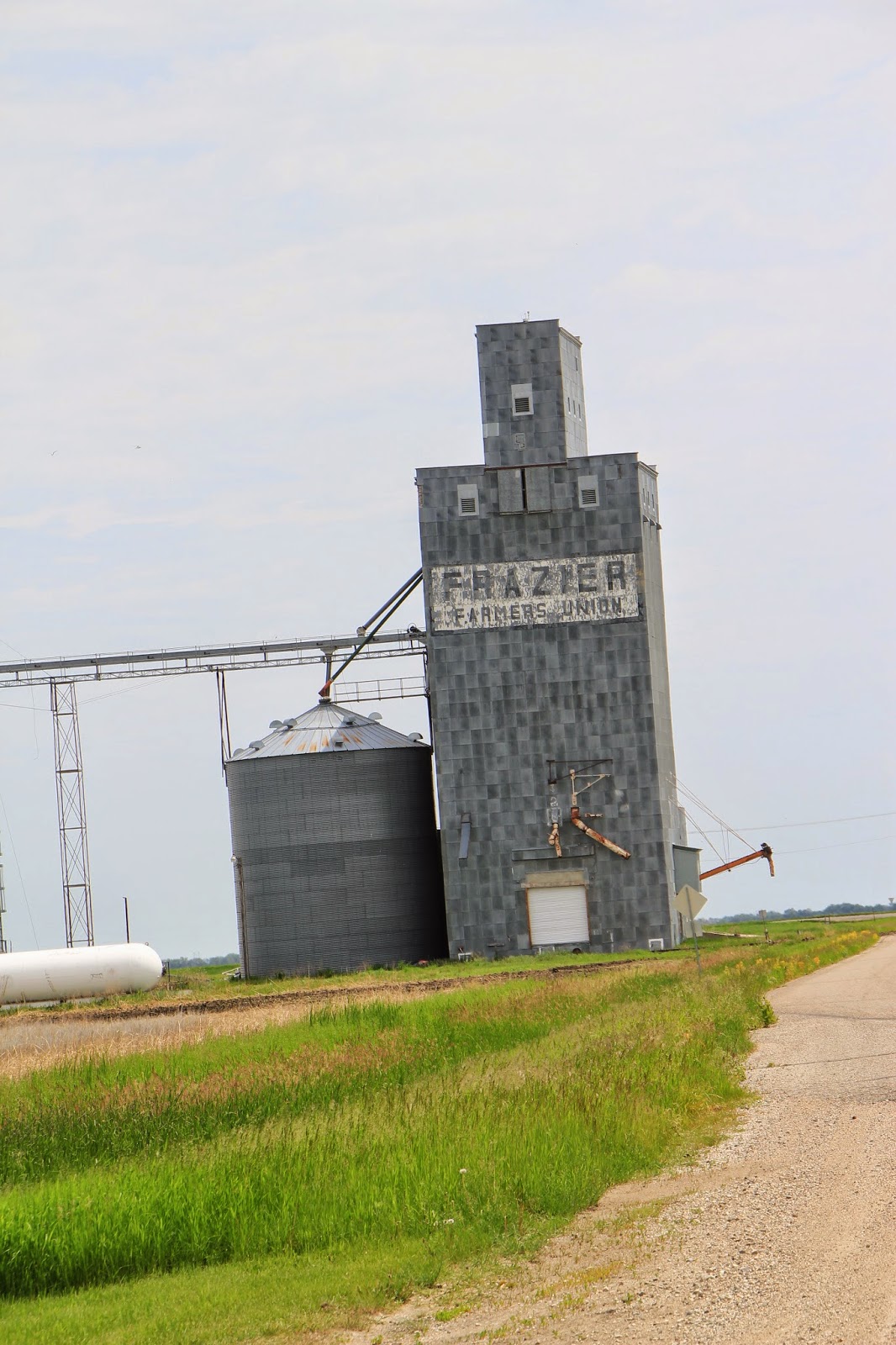 Here's the Midland Continental Depot Transportation Museum where I gave my talk. The folks there were very nice and brought homemade cookies, lemonade, and coffee: 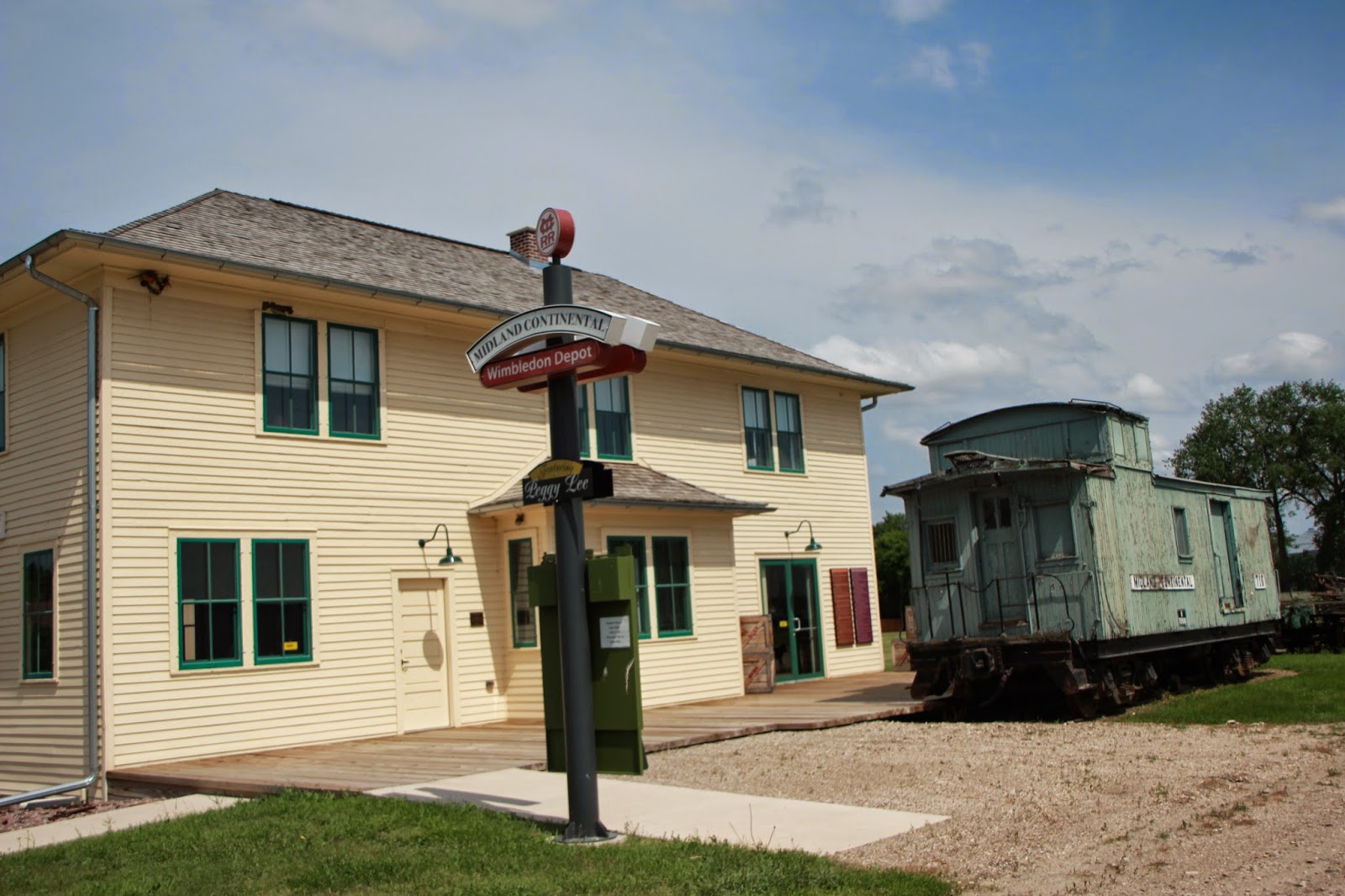 The upstairs was all devoted to Peggy Lee - or Laura Engstrom, as she was originally known. A lot of effort was put into the place. Very nicely done. I went in not knowing much about Peggy Lee, and came out wanting to listen to her music. 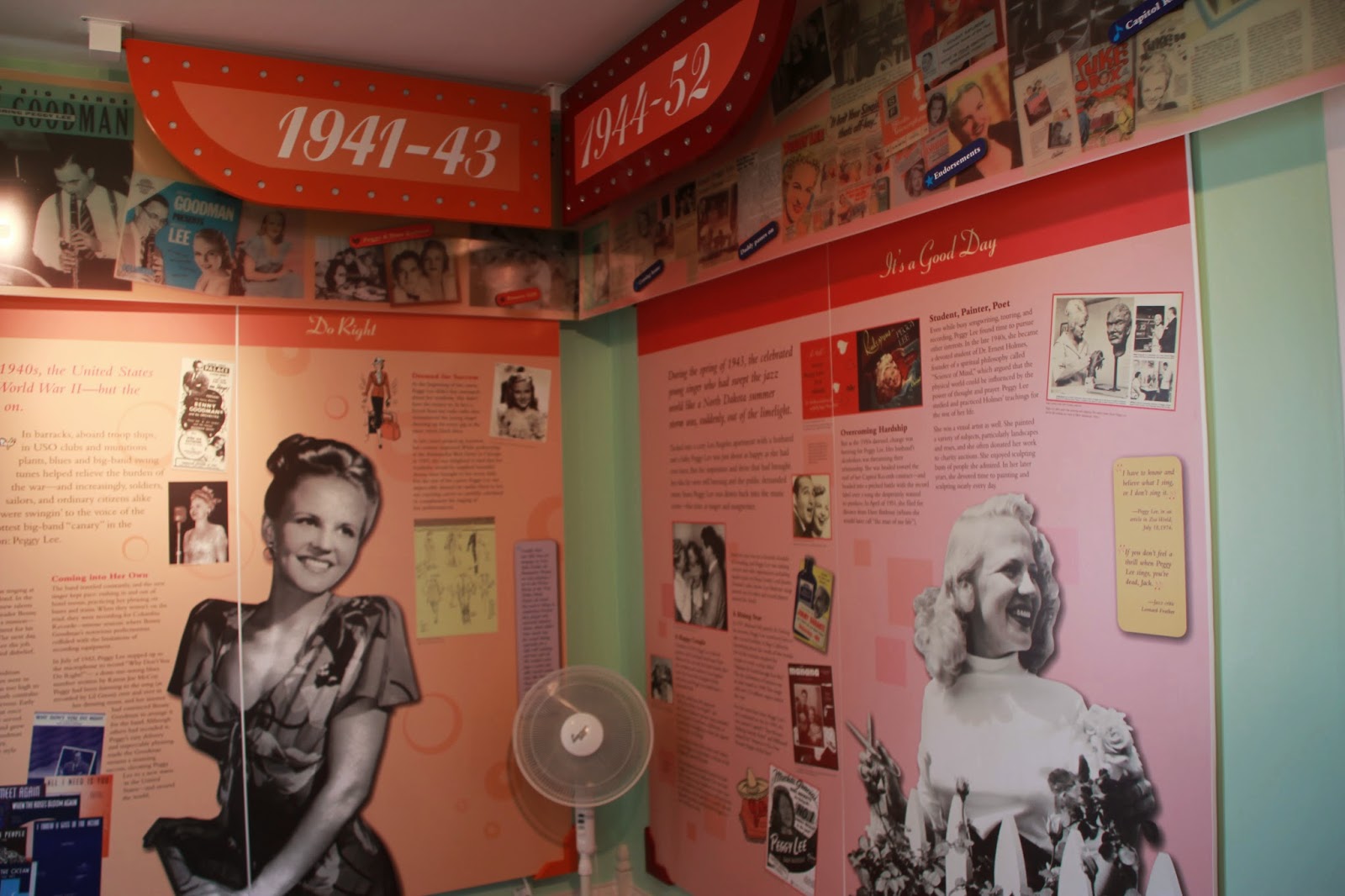 One of the dresses she wore: 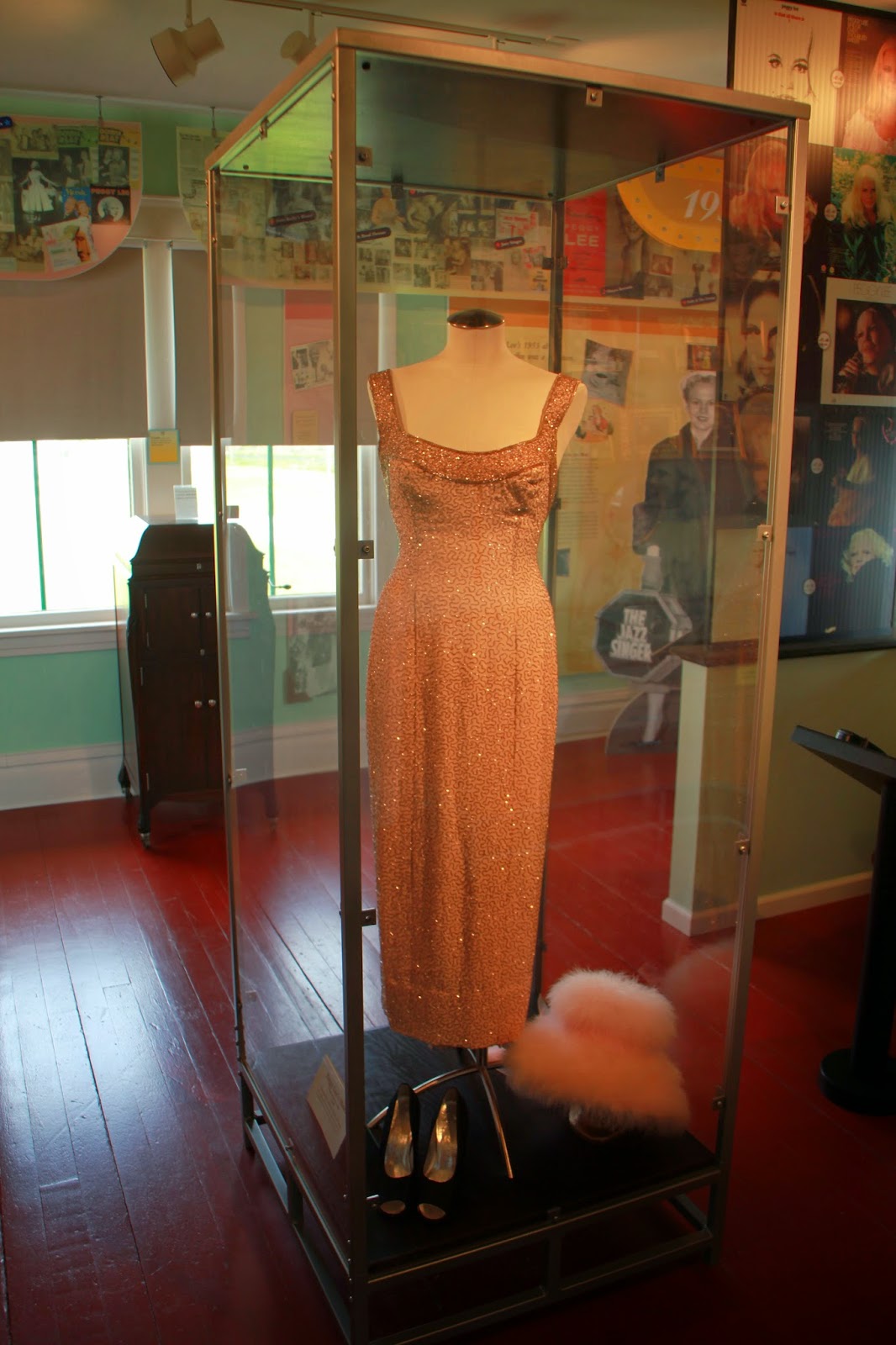 Just a small portion of a display of all of her many albums. One great thing about the museum is that you can listen to a 78rpm of Peggy Lee on an old hand-cranked Victrola, and then sit down and choose any one of hundreds of her songs to listen to on an iPad. 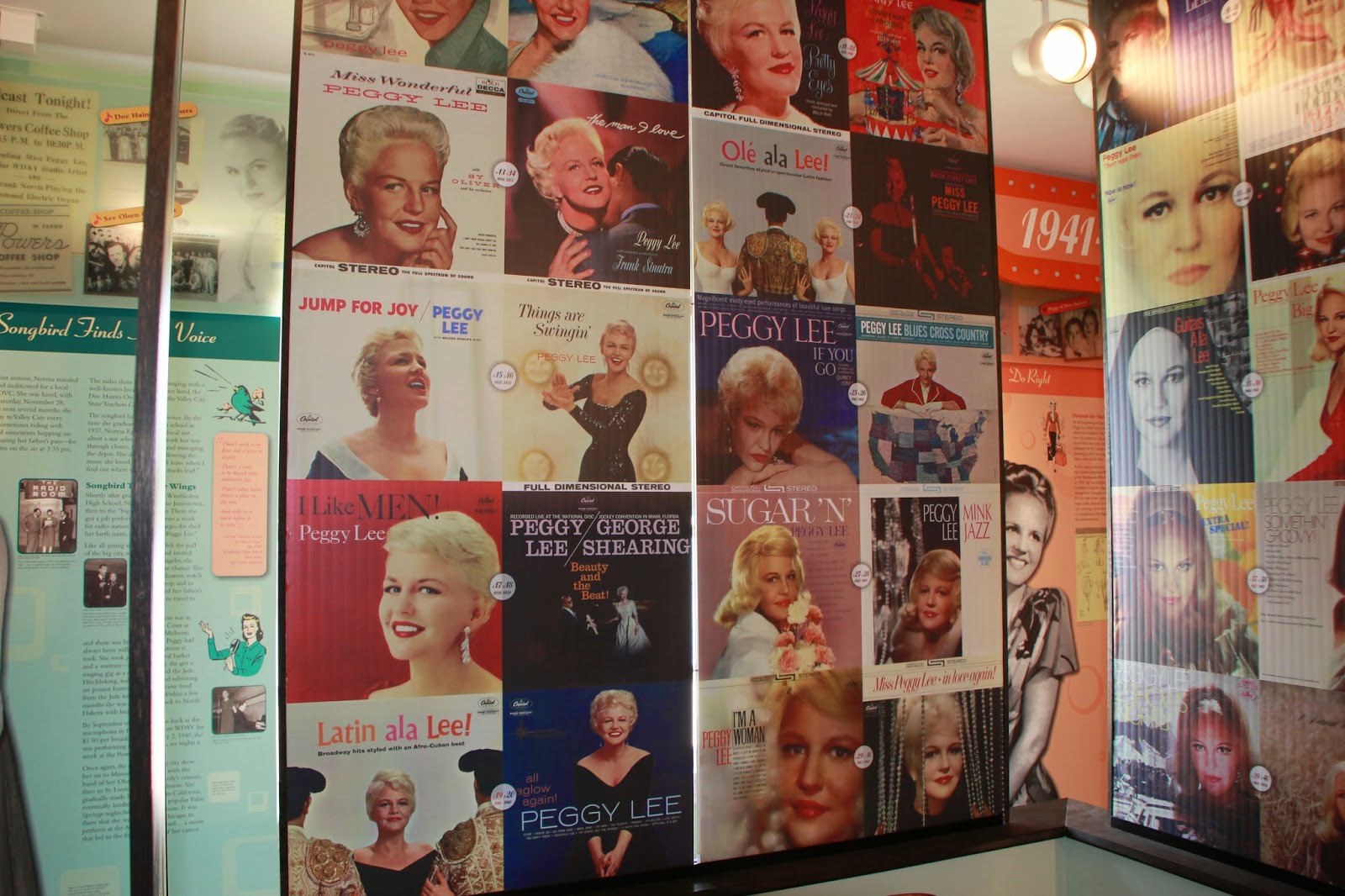 She actually lived with her father and step-mom in the top floor of the depot, and her bedroom is preserved there: 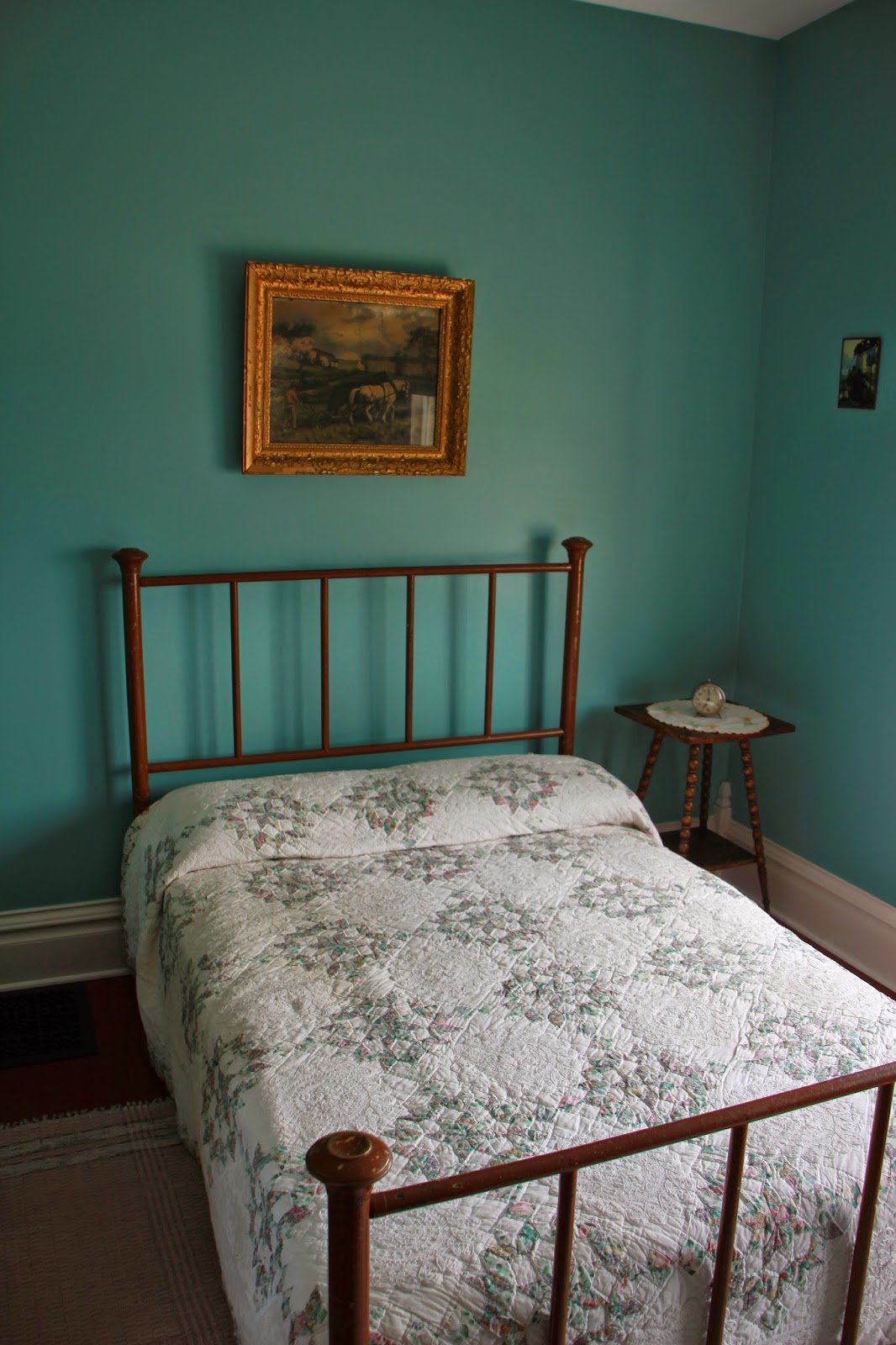 Her mother died when Peggy was very young, and her step-mom was not a very nice person. She did nothing to encourage Peggy's talent, but the town's people really helped her, fixing dresses for her, doing her hair, being a big support for her before she was propelled into super-stardom. Here's her singing Fever: