Ah, the Black Hills. Lots of fun and interesting things for the Johnsons to see there. Below, we have a 1937 South Dakota Highway Map, a couple clipped pictures from a magazine (one of a dude ranch, one of a momma pig and her litter) and a couple of Joan's drawings. 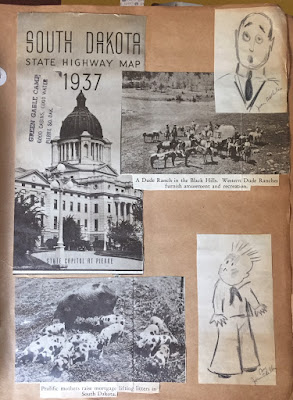 A close-up for your amusement; 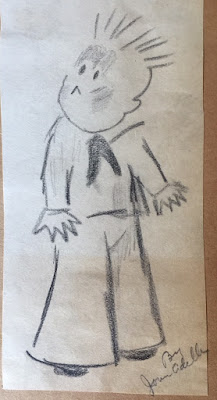 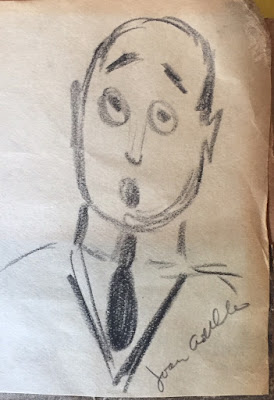 This next drawing of Joan's takes up much of the next scrapbook page. She writes at the bottom, "My sister Marilyn, drawn in the car while travelling homeward." Marilyn looks wistful, as if she's had a good trip but is anxious to get home to friends and the life she's accustomed to. 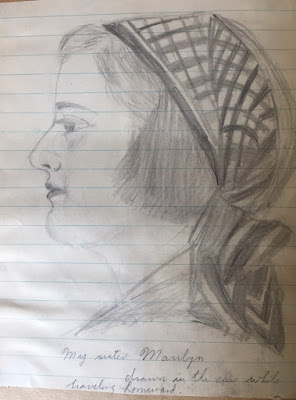 Next we get into some Mount Rushmore items. I find this especially interesting, since the monument has not yet been completed when the Johnsons visit. 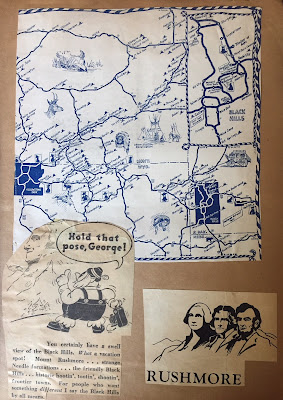 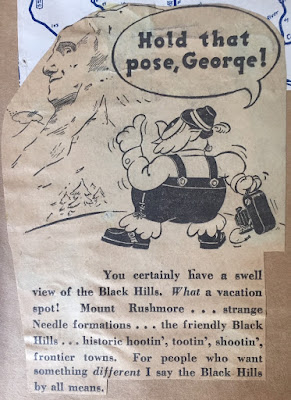 Some photographic prints of Rushmore. A view through a tunnel. A photograph showing the mountain before carving began, and after. Also, an informational postcard on the memorial. 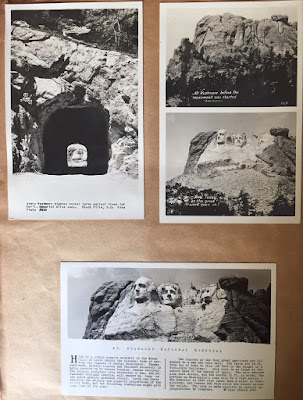 Close-up of the tunnel print below. The caption beneath says, "Every Rushmore highway tunnel forms perfect frame for Natl. memorial miles away. Black Hills, S.D." 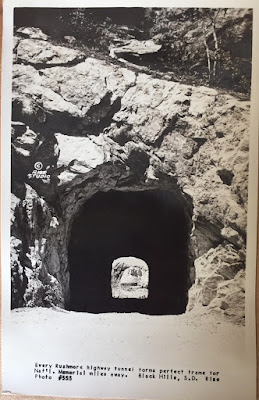 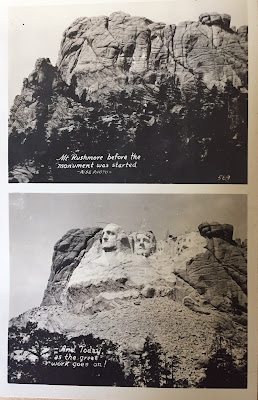 When the Johnsons visited Mt. Rushmore National Memorial, only Washington's and Jefferson's heads were finished, although Lincoln's head would be finished a few months later. Teddy Roosevelt's visage wouldn't be completed until 1939. Astoundingly, no workers died while carving the mountain.